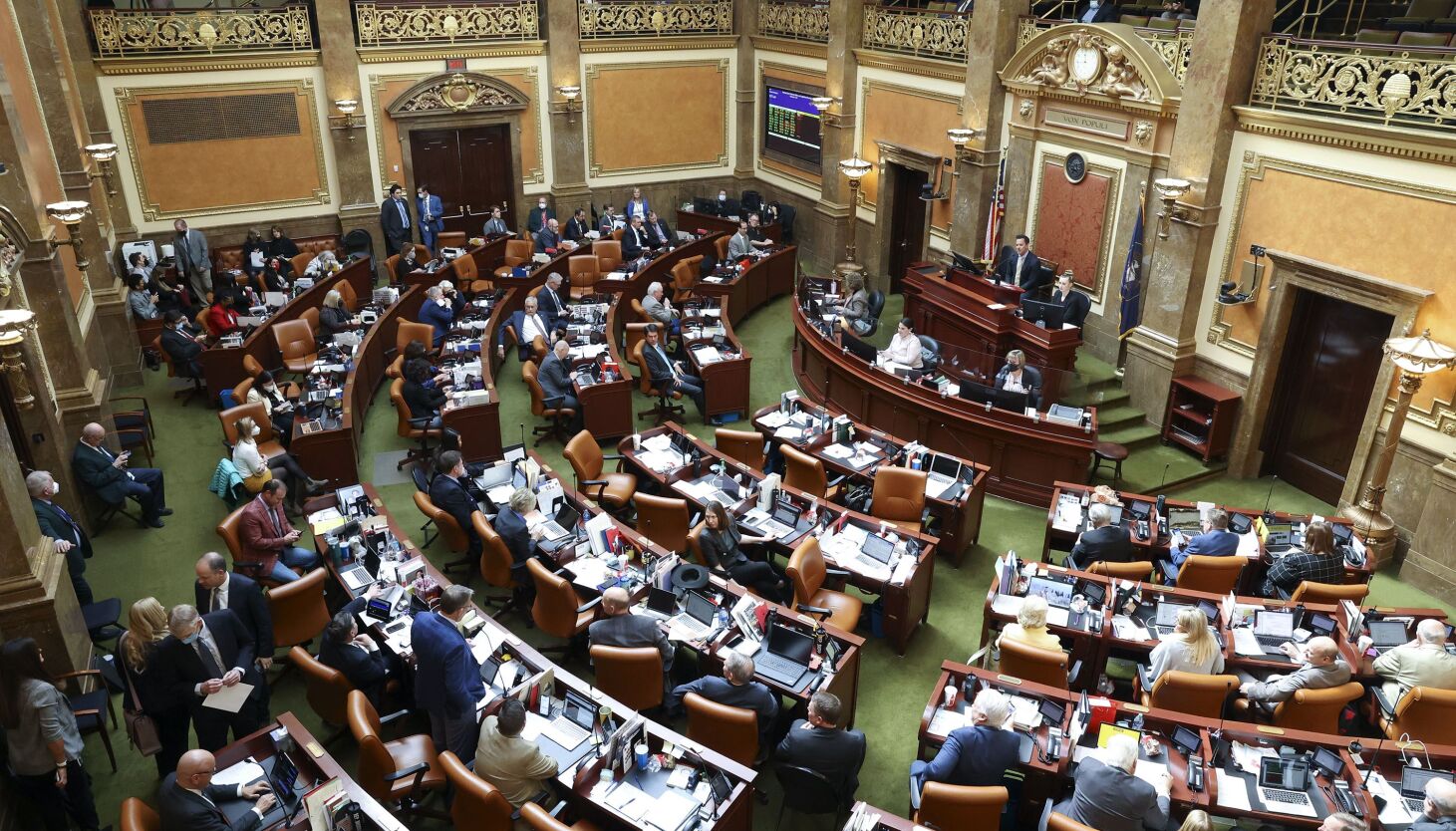 Utah lawmakers have a well-deserved reputation for fiscal prudence and prudent budgeting. But the definition of prudence may soon shift from worries about saving enough for tough times to worries about keeping too much of people’s money.

When governments continually collect more than they need, it quickly becomes clear that a lower collection rate would leave more money in their pockets and stimulate the economy.

The surpluses of public funds continue to accumulate. This is partly due to a persistent and robust unemployment rate of 2% which has pushed up wages, which has boosted tax revenues. But sales taxes also rose 17.5% in the fiscal year that ended June 30, although they fell slightly towards the end – due, no doubt, to the inflation too.

In total, the state tax commission revenue overview for the end of the fiscal year showed general and education funds raised $11.5 billion.

Earlier this year, the legislature’s appropriations executive committee estimated the collections would be $10.1 billion. As a result, the state is sitting on a $1.4 billion surplus, a condition so common now that the Utah Taxpayers Association has called it a “broken record.”

Last year, lawmakers enacted a modest (some would say tiny) income tax cut from a flat rate of 4.95% to 4.85%, allowing the average family of four people save about $100.

But what about next year? How much of this additional $1.4 billion should the state keep?

The issue is complicated by the state’s heavy tax structure. All income tax funds go to public and higher education, as well as some programs that help people with disabilities. Any income tax cuts – which many lawmakers see as the best way to spur economic growth – would come at the expense of schools.

In an opinion piece published by the Deseret News last February, Speaker of the House Brad Wilson argued that income tax collections continue to grow at a much faster rate than income tax receipts. sales tax, and that this would ultimately impact the ability to fund critical state needs. Expect that to be an issue again in 2023 as lawmakers push to lift restrictions on how funds can be spent. This limits the ability of legislators to prioritize the needs of the state.

Utah Taxpayers Association President Rusty Cannon argued in an August newsletter essay that the state can both dramatically cut taxes and increase funding for education. He noted that the Appropriations Executive Committee has already forecast revenue to decline to $9.7 billion, anticipating bad times ahead.

Looking closer, he said, “even after taking into account all currently planned expenditures, there is at least a cushion of $1.778 billion – even before the already accrued surplus of 1, 4 billion dollars is not taken into account”.

Cut income tax to 4.5%, Cannon said, and the state would still have two-thirds of the excess funds to increase education spending and build funds for rainy days. Plus, the time has finally come to eliminate the state’s share of the grocery tax, giving families more money right away.

These are compelling arguments, tempered only by inflation, rising interest rates and fears of a recession.

The tax board snapshot includes its own caveats. This year, income taxes have benefited from a strong stock market at the start of the year and a strong housing market. Both have since slipped, meaning next year’s growth “is about to moderate.” Sales tax collections have already begun to moderate and may continue to do so. Utah’s consumer confidence, while still 15 points above the national average, is trending down.

A quarter of all excess is automatically applied to bad weather funds. The state will have enough to weather a moderate storm. If the recession is worse than this, lawmakers should do what they have done in the past, which is to hold special sessions and make tough cuts.

But the current surpluses suggest that, under current circumstances, taxes could be reduced while adequately funding state needs, including education. This could be done better if the state were to reform its tax system to make better use of all its tax revenue.

Planning for bad times is one thing. Continually collecting more than necessary, however, inhibits economic growth.

Go behind the scenes of new security technology at SLC Airport