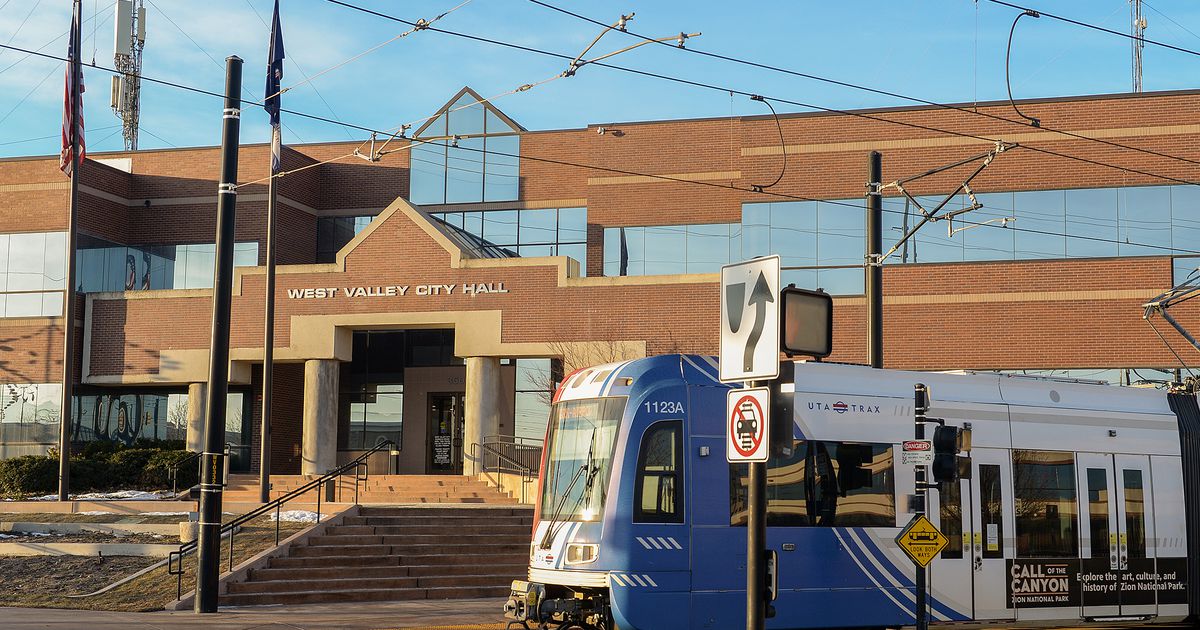 While all roads lead to clean energy in Utah, some municipalities like West Valley City are leaning towards taking an alternative route to get there.

A 2019 Renewable Energy Bill promised a steady path for local governments to achieve 100% clean energy by 2030. The plan was to push the development of energy infrastructure that would interconnect and power the solar, wind and other carbon-free sources of electricity. directly into the Rocky Mountain Power system.

The Community law on renewable energies, an interlocal agreement born from HB411, began when nearly two dozen Utah cities and counties pledged to achieve the 100% clean energy goal by passing a qualifying resolution, though many other local governments stayed put. touches. The legislation passed with Rep. Stephen Handy, R-Layton, and then the senator. Daniel Hemmert, R-Orem, as sponsors.

However, the implementation of the initiative did not stop there. This multi-year effort required several steps. Currently, advocates are trying to get those eligible cities and counties to sign up for a governance agreement so they can continue in the program.

Membership means cities and counties would pay Phase 1 costs. They would also be part of groups that would work alongside Rocky Mountain Power in designing utility programs.

Eight other communities that initially adopted the project have not committed to continue – even though they have been eligible since passing resolutions supporting 100% renewable electricity for their communities by 2030.

West Valley City, the second most populous city in the state, is one of them, along with Bluffdale, Coalville, Emigration Canyon Township, Kamas, Oakley, Orem and West Jordan.

After two years of talks, a change of mayor and two council seats — and even with a new deadline that would allow the city to register by May 31 — the city seems unlikely to sign and go. his first Payment of $47,899.22 for stage 1.

A major concern is the impact the switch to clean energy would have on the city’s low-income residents.

City Manager Wayne Pyle recommended that City Council not take the next step to register with the Community Renewable Energy Act. He warned that the city would not be able to control its own destiny once committed to the plan.

“You are a small part of the whole,” he said.

“We are always skeptical and look closely at any new organization before joining,” Pyle said. “My main big concern with Bill 411 is that I have 140,000 residents here, and what they are proposing would include an indefinite financial burden on residents.”

The city council is still discussing the deal. If West Valley City eventually signs on, residents would automatically be included in the clean energy switch. They can opt out by ticking a box on their electricity bill.

New mayor Karen Lang has doubts about the program.

“I don’t think we have enough solid information from Rocky Mountain as to what it would cost residents,” she said. “They just don’t have the details, or they don’t share them. And so I’m not comfortable engaging our residents in anything without all the information.

(Trent Nelson | The Salt Lake Tribune) West Valley City Mayor Karen Lang at her home on Wednesday, Dec. 8, 2021. She is suspicious of the city’s commitment to an interlocal renewable energy deal.

There is no precise prediction as to the increase in energy prices. A study 2017 found that with this program, “rates would be 9% to 14% higher in 2032 for communities compared to the status quo”. Since then, solar prices decreased by about 25%Utah 100 Communities, the agency administering the program, said on its website.

Advocates of the program argue that this represents a rare opportunity to achieve a key environmental goal. Electricity is one of the biggest sources of carbon emissions nationwide, and this program has the potential to dramatically reduce them and make clean energy accessible to people who can’t afford it. initial investment in solar panels and other energy efficiency tools.

“This program is not coming back. This opportunity is not something there is a political appetite to recreate,” said Sierra Club campaign representative Lindsay Beebe. “It took huge political capital to create this in the first place. And it is currently the only program in Utah, and also in the country, that allows cities to achieve 100% renewable energy by 2030.”

For his part, Pyle doubts that West Valley City is missing an opportunity. The city, he said, is working towards the same goal of 100% clean energy by 2030 on its own.

The city moved to four-day work weeks for its employees in the early 2000s, for example, and converted part of its fleet to hybrid vehicles, including cars for police detectives.

“We invested $1 million in federal partnerships for emissions reduction efforts that would result in energy efficiency improvements here at City Hall,” Pyle said. “We did the same thing at the Family Fitness Center. It’s a 100,000 square foot facility. We’ve done it at the Maverik Center, indoors, and we’re working on the exterior, to get the lights to fit into an all-LED structure up there.

The city approves 400 residential rooftop solar projects a year, according to Pyle, and has raised about 4,500 in total. He estimates that this type of action will accelerate and continue over the next eight years.

“We are not perfect. We’re not there yet,” Pyle said. “But we have accelerated and are making great strides in that direction.”

Carmen Valdez, political associate at the environmental nonprofit Heal Utahdiscussed the program with city officials and worked with businesses to encourage them to advocate for HB411.

Valdez said government officials need to know that being part of the interlocal agreement doesn’t mean they’re tied to a program they can’t control.

“What we’re hoping for is that they see that by becoming a member of the committee and the board of directors that come up with this plan and bring it to Rocky Mountain Power,” she said, “you can actually make sure any concerns you have are addressed and include things like making sure there are opportunities for utility expansion in terms of local source power.

Alixel Cabrera is a Report for America member of the corps and writes about the status of communities on the west side of the Salt Lake Valley for the Salt Lake Tribune. Your donation to match our RFA grant helps him keep writing stories like this; please consider making a tax deductible donation of any amount today by clicking here.