What you need to know about the current number of cases, access to vaccines 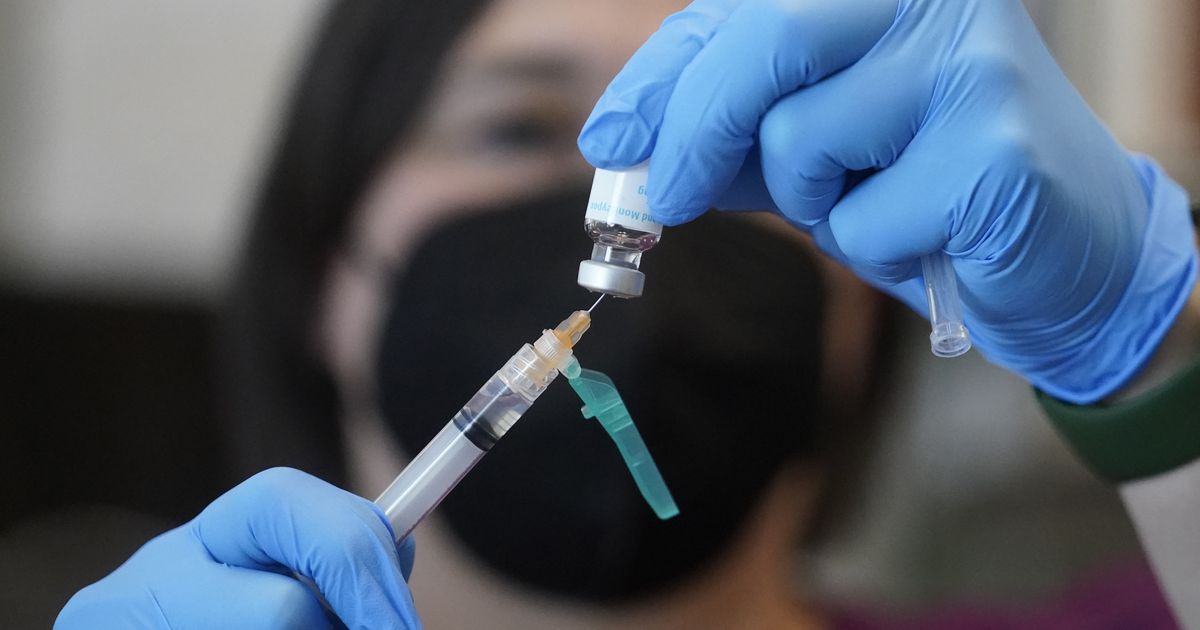 Since monkeypox was first detected in Utah in May, there have been 32 confirmed and probable cases of the virus reported statewide.

Twenty-seven of those cases were reported in Salt Lake County, along with three in Utah County, according to the Utah Department of Health and Human Services.

The first two cases of monkeypox identified in the state were among the first in the country. Since then, there have been more than 5,000 monkeypox cases reported nationwide, including more than 2,000 in New York and California. The World Health Organization recently declared the monkeypox outbreak a global health emergencywith over 21,000 confirmed cases worldwide.

Nicholas Rupp, spokesman for the Salt Lake County Health Department, said Salt Lake County has received the majority of the monkeypox vaccine doses that the Centers for Disease Control and Prevention has assigned to the country. Utah for two main reasons: the county is experiencing a higher incidence. cases, and it tends to serve the “men who have sex with men” (MSM) community more than surrounding jurisdictions.

Anyone can get monkeypox, but Rupp pointed out that lately the health department hasn’t seen the virus spreading in the general community. This is why only people who have been in close contact with someone with monkeypox and members of the MSM community who have multiple sexual partners are currently eligible for the county’s limited vaccine doses, as the virus is currently spreading widely. within this population. Men who have sex with men who are in a monogamous and exclusive relationship with another person are not eligible at this time.

“If we see data that indicates we have a population that is experiencing cases, then we will change our tactics to treat that additional population as well,” Rupp said. “The key is to be nimble, so we can get the vaccine to populations that the data tells us are at risk.”

From July 14 through next week, about 900 people will have received one dose of the two-dose monkeypox vaccine from the county health department, Rupp reported.

Second doses, which can only be given at least 28 days after receiving a first dose, will not be available until mid-August.

“We feel like things are, so far, pretty much under control here locally,” Rupp said. “The public health system responded effectively and quickly.”

To minimize the spread of monkeypox, people with symptoms of the virus should immediately self-isolate and tell close contacts and partners to watch for symptoms, officials advise. Contact your local health department, health care provider, or visit a clinic near you. Then, get vaccinated as soon as you are eligible.

The Salt Lake County Health Department administers the JYNNEOS vaccine to eligible individuals, which has been approved by the United States Food and Drug Administration to prevent smallpox and monkeypox.

The JYNNEOS vaccine consists of two doses given at least 28 days apart. Individuals are fully vaccinated 14 days after their second injection. While the second dose is needed for full protection against the virus, Rupp said the first dose provides robust protection.

“The MSM community has been extremely responsive and responsible in getting the message out to each other and coming in and getting vaccinated,” Rupp said. “They want the vaccine. It’s not the case where we have to ask people, ‘Please come and get vaccinated,’ like we have been with COVID.”

“It’s really useful for public health,” he continued. “When we have more demand than supply, it can be a good problem.”

The monkeypox vaccine can prevent a person from contracting the virus and can also lessen the severity of the disease, as long as it is given to an exposed person within four days of exposure.

Much like the COVID-19 vaccine, populations eligible for vaccinations will change as vaccine doses become more widely available. As that happens, the health department plans to offer outreach clinics throughout the county and through its community partners, Rupp said.

The health department has partnered with Equality Utah, the Utah Pride Center and the Utah AIDS Foundation to ensure relevant information about monkeypox reaches populations currently at risk, including that the virus is not exclusively sexually transmitted.

Since May, Ahmer Afroz, executive director of the Utah AIDS Foundation, said the organization has fielded many calls from the community, mostly asking about monkeypox prevention and vaccinations.

“We have a very high level of trust among the people in the communities we serve, which also overlaps with those most affected by monkeypox right now,” Afroz said.

All vaccine doses available in Salt Lake County have been assigned to future appointments at this time. Rupp said Friday that the health department does not know when the next shipment of monkeypox vaccines will arrive in the state, or how large that shipment will be.

When the Salt Lake County Health Department encountered the state’s first two cases of monkeypox in May, officials knew they had to be proactive about messaging about monkeypox. The virus has spread widely within the MSM community, but misinformation could lead to homophobia and panic.

There are parallels between messages about monkeypox and the early days of the HIV/AIDS epidemic in the 1980s, Afroz said. At the start of this epidemic, AIDS was first referred to as “gay-related immune deficiency”.

While monkeypox has spread over the past few months, data shows that almost all current cases are in the MSM community – for now.

“That could change tomorrow,” Rupp said.

“On the one hand, if we’re so careful in our messages, we’re going to miss the people we need to reach; we’re not going to be specific enough or direct enough with them to give them the information they need to protect themselves,” he added. “But on the other hand, if we’re too specific and too direct about what the data is telling us, it could create defamation and stigma in the wider community for the MSM or GLBTQ community. So that’s really a fine line to balance.

Other communities that could then be affected by monkeypox could include sex workers, homeless people or those struggling with intravenous substance use disorders, Rupp added.

For now, the health department is focusing its supply of available vaccines within the MSM community because that’s where the virus primarily spreads.

“When we create this hysteria that [monkeypox] is a ‘gay disease’ or is only related to men who have sex with men, then we encourage people not to access health care,” Afroz said. “And then we create a hysteria where they absolutely don’t want to engage because we created this dangerous environment.”

Addison Jenkins, who lives in Salt Lake City, discovered a local free monkeypox vaccination clinic through Facebook and received her first dose on July 14 before heading to San Diego for a Pride event. While in California, he and three friends stayed in the same hotel room, occasionally sharing towels, clothes, and drinks.

After returning to Salt Lake City, a few of Jenkins’ friends and those they had been in contact with learned that they had tested positive for monkeypox. Jenkins himself began experiencing flu-like symptoms such as fever, body aches and chills last week. He tested positive for the virus on Wednesday.

“My case, as far as I know, was non-sexual transmission,” he said.

An important distinction, Rupp pointed out, is that monkeypox is not a sexually transmitted disease. It can be spread through sexual contact, but also on linens, clothing, other surfaces, and even through respiratory contact.

Jenkins wrote about his experience in a Twitter feed to combat this kind of misinformation he said he saw online. He had also noticed that people wondered why monkeypox vaccines were only available to men who have sex with men.

“That, to me, is so insane,” Jenkins said. “It is very clear that monkeypox is mainly spreading within the queer male social network. So it’s very important to focus our resources and our messaging on that right now. And it’s really helpful that the Gay Male Network distributes this information within them.

Is Google Fiber coming to a city near you? Maybe it’s just