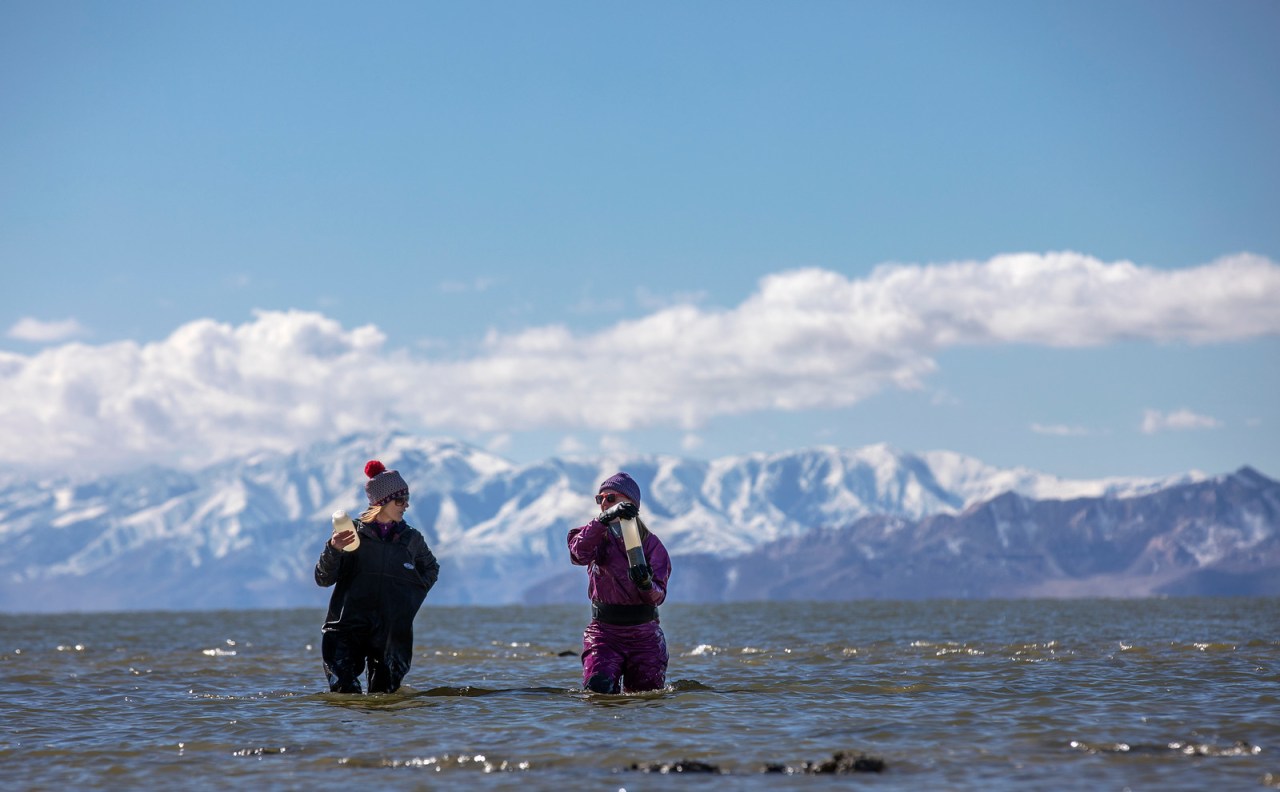 Weber State University (WSU) focused its efforts on studying the lake, which was made more serious due to record low water levels.

As the largest natural lake west of the Mississippi River, the Great Salt Lake has prehistoric roots and covers much of western Utah. The iconic lake’s impact extends beyond its fame as a tourist attraction – it actually plays a vital role in Utah’s biological and economic ecosystems.

â€œIt has been evident for more than a decade that climate change could cause the Great Salt Lake system to dry up, if our water use practices do not keep pace,â€ says Dan Bedford, professor of geography at the WSU. â€œUnfortunately, this prediction is playing out before our eyes. Globally, the Earth has warmed, but at the level of individual regions, global warming is driving other climate changes, including more intense droughts in already dry places like the western United States. .

WSU students and faculty focus on the organisms, wildlife, and natural features of the lake to better understand the long-term effects of recession.

When it comes to organisms, research has focused on species such as brine shrimp and brine flies, which are among the only species capable of thriving in a high salt environment.

Brine shrimp play an incredibly important role in the Great Salt Lake as an essential food source for the millions of migratory birds that visit the lake each year. Shrimp also supports Utah’s local economy as a major source of a multi-million dollar harvest supplier.

WSU is also studying the growth of algae and microbes in the lake, which are the primary sources of food for microscopic organisms and shorebirds that depend on the lake for survival.

â€œThe lake is a precious natural resource for Utah,â€ says Jonathan Clark, professor of zoology at WSU. â€œIt provides habitat for millions of birds and is a factor in the heavy snowfall the Wasatch Front receives. It also offers economic benefits, including mineral extraction and brine shrimp production. Unfortunately, the lake is under many pressures that threaten not only its health, but its very existence. We need to understand the lake better so that it can be better managed.

Another goal looks at the mercury levels on the lake. Higher mercury levels will negatively affect the reproductive health of shrimp, which can cause a negative chain reaction.

In particular, WSU wants to better understand the impact of human activity on the progressive shrinking of the lake.

Commercial and residential development, water diversions and rising temperatures with dry climates have all contributed greatly to the historic lows that the Great Salt Lake is experiencing today.

CHECK IT: Witness the magical transformation of kokanee salmon in Utah

â€œThe Great Salt Lake has provided people with a livelihood since before the European colonization of northern Utah,â€ says Carla Trentelman, professor of sociology. â€œIts resources got some families through the Great Depression, and the lake currently offers enormous economic benefits to the state’s economy. The extraordinary conditions facing the lake create problems not only for the entire lake ecosystem, but also pose threats to industries that depend on the lake. A dry lake also presents risks to human health, as dry and exposed areas of the lake bed are prone to dust storms and exacerbate air quality problems.

The US Congress is currently trying to understand the decline of salt lakes with Senator Mitt Romney working with others to pass the Saline Lake Ecosystems in the Great Basin States Program Act, which would provide funding to monitor the health of salt lakes and ecosystems. who depend on it.

WSU hopes that their research efforts can lead to massive support for the preservation of the Great Salt Lakes for generations to come.

What is Mercury and Why Did it Close a Salt Lake City Pond?