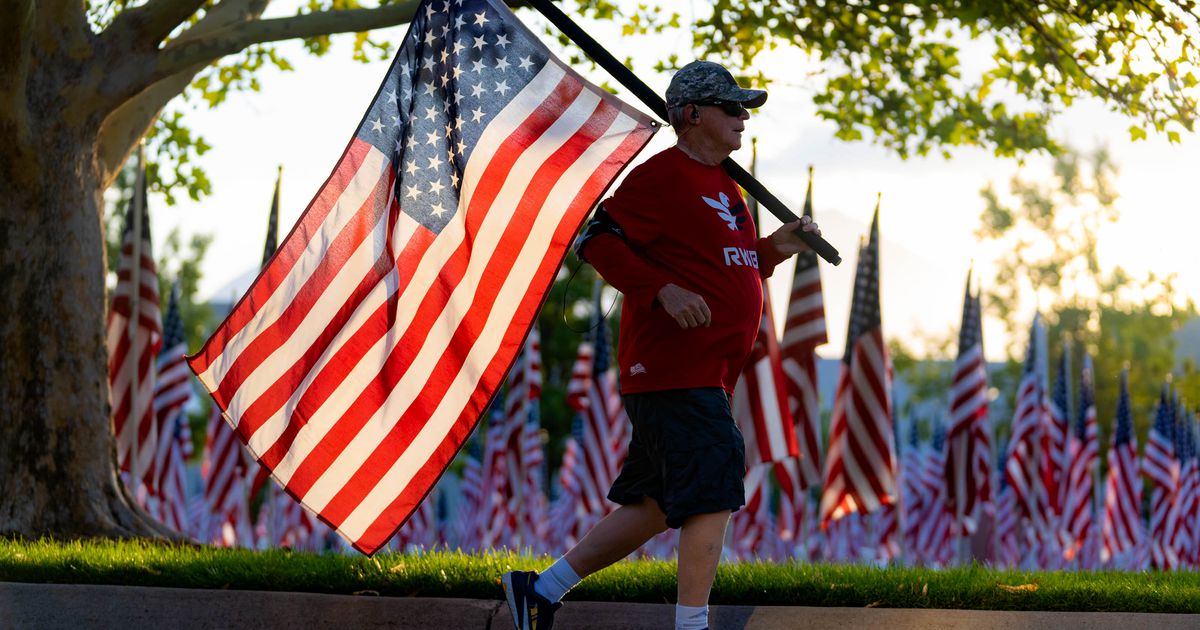 If Americans had responded to the September 11 terrorist attacks the way far too many of us face the coronavirus pandemic, not only would Osama bin Laden still be alive, but he would be having tea in the White House.

It’s not that everything our nation has done in the past 20 years is something to be proud of. Torture. CIA black sites. Guantanamo golf course. The Ministry of Homeland Security. Two decades of war in Afghanistan and a totally unwarranted incursion into Iraq.

Now it’s all about me, me, me. I don’t want to wear a mask. You can’t get me vaccinated. We have become, for all outward appearances on social media, a petulant 12-year-old nation. And too many of our elected officials, almost exclusively Republicans, are doing it.

Utah Governor Spencer Cox, Attorney General Sean Reyes and Senator Mike Lee have shamefully collapsed under the ignorant fringe of their own Republican Party. They align themselves with the idea that President Joe Biden’s plan to use OSHA as a tool to demand vaccinations or weekly tests as a workplace safety requirement is somehow a threat to our inalienable rights, while the contrary is true.

The Utah Legislature‘s Health and Human Services Committee committee held a public bulls session on Wednesday, raising ideas to block the Biden Ordinance, lending unsatisfactory credibility to the idea that vaccination is a personal choice affecting only the person with the blow to the arm.

It is shameful that our leaders do not take every opportunity available to them to tell their constituents that this is a blatant lie. Our grandchildren – if there are any left – will marvel at how stupid people can be when they are without real leadership.

It is or should be the responsibility of each holder to explain that accepting responsibility for immunization is a fundamental requirement of civilization. That you get the jab for me, and I get it for you, and we both get it for kids who are too young or for people who are immunocompromised and at significant risk of death in a culture of irrational selfishness.

Utah politicians, including State Representative Paul Ray and Senator Jake Anderegg, who promote anti-vaccination medical and biological ignorance – who stand still for the idea that another wave of disease and of death is less threatening to the economy than a simple series of vaccinations – represent a clear and present danger to our society and have been shown to be unfit for public office. It probably won’t matter to their constituents (survivors) in the next election.

At the very least, they should be honest about it and change the name of their panel to the Committee on Death and Human Injury.

It might make sense that the lessons of the War on Terror have left many Americans with distrust of the government, pundits, and government experts that threaten us now. Two decades of being told that Saddam Hussein had weapons of mass destruction, that the 9/11 hijackers were Iraqi agents when they really came from Saudi Arabia, of accepting the Patriot Act and the permissions military force and warrantless telephone tapping may well leave our national dialogue overshadowed by suspicion.

To be fair to Lee, it should be noted that while many on his side of the aisle totally accept every Big Brother, it is for your good, as since 9/11 our Senior Senator has been courageously skeptical of the regard to all this rotting.

So now the nation that honors the sacrifice of the passengers of Flight 93 – the normal Americans who crashed in the Pennsylvania countryside rather than letting their plane become the missile that would destroy the Capitol or the White House – is seeing passengers who have to be glued to their seats because of their violent objection to the mask rules.

Sweet Zeus, people. No one is asking you to stumble upon a burning skyscraper, give up a lucrative football career to join the military, crash the plane you are on, torture someone, be tortured or even take off your shoes.

All we need is people to make the smallest effort to protect your own life, the lives of your loved ones, your coworkers, and a group of people you will never know. Is it too much to ask?

Apparently, if you’re a Republican from Utah, it is.

Georges pyle, Opinion writer for the Salt Lake Tribune, has vivid memories of the whole city showing up for polio vaccinations. And not to have polio.

Opening of a new hotel in Djibouti