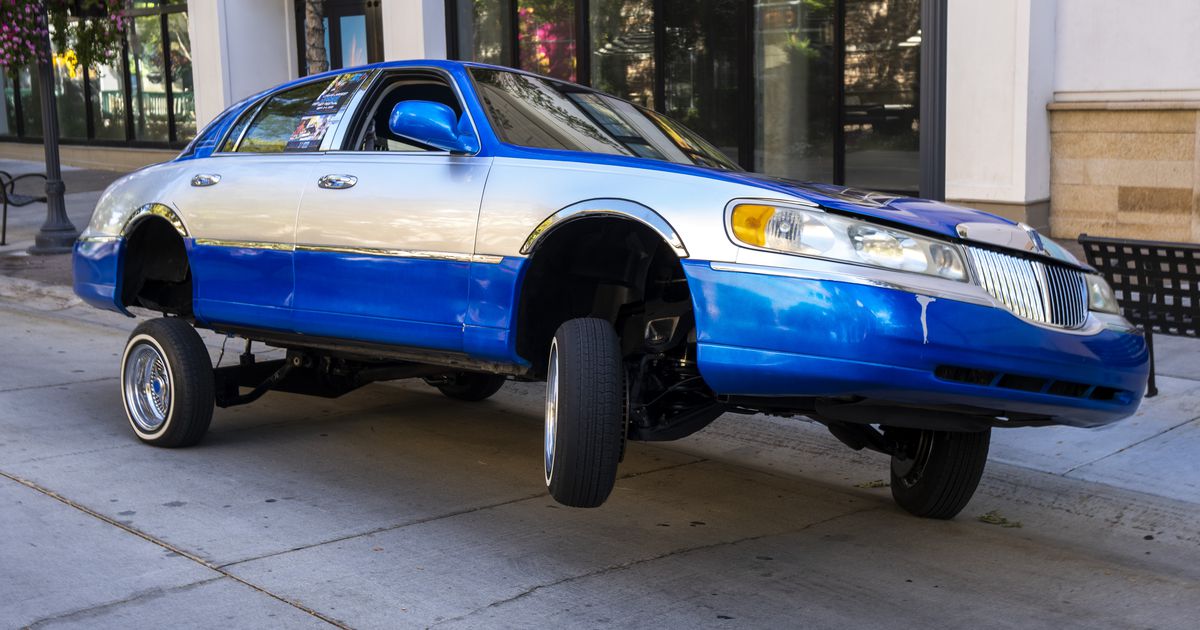 Skateboards, music, lowriders and over 100 vendors scheduled for the event, September 2-4, at The Gateway.

(Rick Egan | The Salt Lake Tribune) The Urban Arts Festival will have a lowrider exhibit as part of this year’s festival, September 2-4, 2022, at The Gateway in downtown Salt Lake City. This car was on display at a press conference announcing the festival’s headliners on Thursday, August 25, 2022.

With the hydraulic noise of lowrider cars, the bouncing of basketballs on the sidewalk and the pulse of beatboxers, the urban arts festival is about to return to downtown Salt Lake City during the holiday weekend work.

The festival will feature over 100 vendors, music and entertainment on two stages, live murals, the Hard-N-Paint Street Basketball Tournament, a lowrider custom car culture exhibit and the 12th annual skate deck competition – the event that gave birth to the festival began a dozen years ago, said Derek Dyer, executive director of the Utah Arts Alliance, which organizes the event.

One of the themes of this year’s festival, Dyer said at a Thursday press conference at The Gateway, is the art of beatboxing. Furthering this theme, the festival’s national headliners will be Grammy-winning beatboxing legend Rahzel, formerly of The Roots.

Rahzel, Dyer said, “doesn’t play any instruments. He is the instrument.

(MCA Records) Rahzel, the Grammy-winning rapper and beatboxer, is set to headline the Urban Arts Festival on Sept. 3, 2022, at the Gateway in Salt Lake City.

Minneapolis hip-hop artist Carnage the Executioner is set to appear as the opening act.

Rahzel and Carnage will take over the main festival stage at the intersection of Rio Grande and 100 South on Saturday, September 3 starting at 8 p.m.

The lowrider exhibit, featuring rebuilt and modified custom cars within the Utah lowrider community, will take place Friday, September 2 beginning at 5 p.m., with a hop-off event at 7:30 p.m. and an awards ceremony – with honors in such categories as best of show, best engine and best display – to follow.

The street basketball competition is scheduled for Sunday, September 4, from 12 p.m. to 4 p.m.

Festival hours are Friday, 5-10 p.m.; Saturday from noon to 10 p.m.; and Sunday from 10 a.m. to 6 p.m. The Artists’ Market, live mural demonstrations and live music will take place during festival hours. Free entry.

(Rick Egan | The Salt Lake Tribune) Cleopatra Balfour, director of the Urban Arts Festival, talks about the event – ​​scheduled for September 2-4, 2022, at The Gateway – during a press conference, Thursday, September 25 August, 2022.

Cleopatra Balfour, the director of the festival, said she defines urban art as an expression, like any other art.

“Sometimes it’s not a widely accepted expression that’s considered art, and sometimes it’s something that has to fight and get its way before it’s recognized,” Balfour said. “Nevertheless, the art is still there when you see it, when it brings out those feelings, those emotions, those thoughts, those processes in the same way a Monet would.”

An example of the progressive acceptance of urban art by the public, cited by both Balfour and Dyer, is the proliferation of murals around Salt Lake County.

Once dismissed as graffiti, there are now more than 350 murals on walls across the county, most of them commissioned by businesses and government entities. (Some are overseen by the Utah Arts Alliance, which also sponsors the annual Mural Fest in South Salt Lake.)

For more information on the Urban Arts Festival, visit urbanartsfest.org.

New Western increases its affordable housing inventory in the United States by 6,540 in 2022 without building a single house