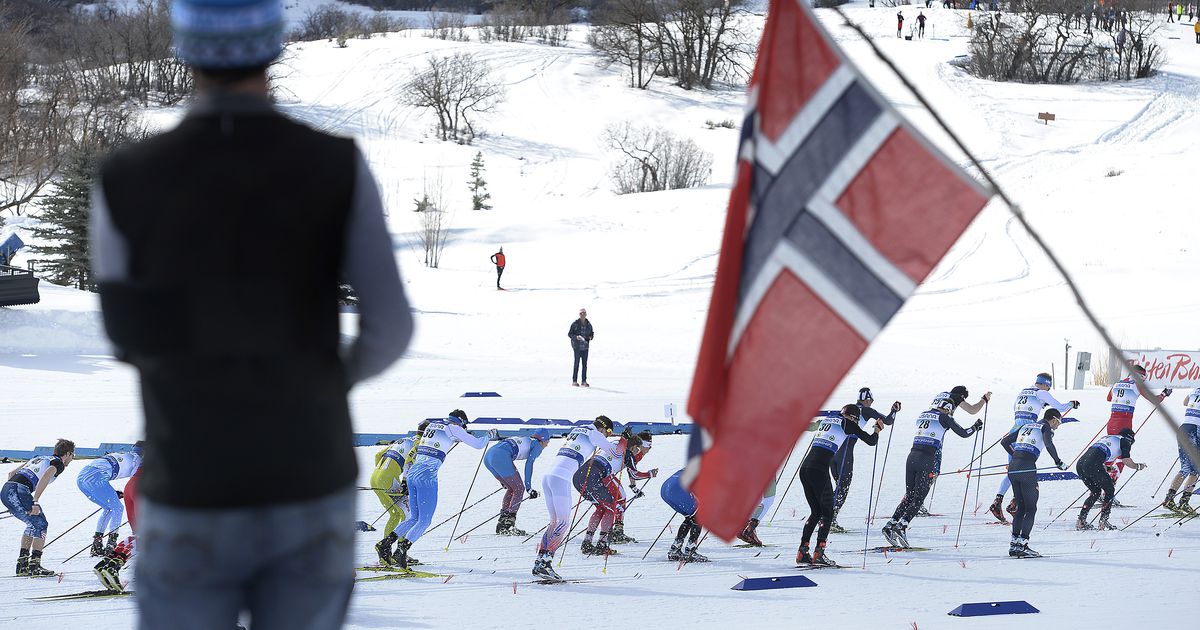 The group trying to bring more Olympics to Utah continues to knock on the door.

At any moment, he thinks, the door of opportunity could open.

But, for now, the International Olympic Committee and the United States Olympic and Paralympic Committee have the keys. And this week, a delegation from Utah spent two and a half hours trying to pick the locks, or at least the minds of the IOC staff, to figure out what steps still need to be taken to ensure the return of the Winter Games. in the Salt Lake Valley.

â€œWe assume that the Games can be awarded at any time, which is fair,â€ said Fraser Bullock, president and CEO of the Salt Lake City-Utah Games Committee. “So we’re rushing through our preparations to be ready for when that door might open, because we never know when it might open.”

In a video call that IOC President Thomas Bach briefly joined, the Utah group sought to present themselves as a worthy host of the 2030 or 2034 Winter Games and gain more clarity on what steps it can take to make it happen.

â€œIt has been a great exchange, a collaborative dialogue between the two of us, so that we can better understand their approach and they can give us feedback on where we are today,â€ said Bullock. â€œWe have received great feedback and great ideas as we move forward. “

The meeting was initially scheduled for three days in Switzerland at the end of November. This trip was postponed to early December due to scheduling conflicts. It then morphed into a virtual reunion amid the uncertainties in international travel that arose with the discovery of the new omicron variant of COVID-19.

It “was really just postponed, because we’re going to see people in Beijing,” Bullock said. “We will postpone this visit until the spring of next year.”

Shortly after the Utah group’s meeting with the IOC, President Joe Biden announced a diplomatic boycott of the Beijing 2022 Games in February to protest the numerous human rights violations in China. Bullock said, however, that he, committee chair Catherine Raney Norman and Games advisor Darren Hughes were still planning to attend. Bullock said that’s because their focus isn’t on politics, but rather to learn more about the mechanics of the Games.

â€œOur goal is to be behind the scenes,â€ he said, â€œto understand what they are doing in terms of hosting the Games, new ideas that we can bring to our Games and talking with people from our future hosting opportunity. “

The future host commission also met with other potential hosts recently, but the IOC declined to say which ones.

Strong interest in the 2030 Games came from Sapporo, Japan; Vancouver, Canada; and Barcelona and the Pyrenees in Spain. A The candidate for the presidency of the German Olympic Committee has also expressed support for a candidacy for 2030. Ukraine has also spoken about accommodation, but is seen as a more likely candidate for 2034 or beyond.

In terms of public support, Salt Lake City clearly has the advantage. Sapporo lost considerable support of the Japanese people following the expensive Tokyo Games which they were unable to attend. Spain and Vancouver’s offers also had waning public interest, according to recent polls. Utah, meanwhile, had an 89% approval rating in the most recent poll, although that was in 2017 before the pandemic.

Raney Norman said he saw this enthusiasm in the volunteers who worked in the World Cup long track speed skating event at the Utah Olympic Oval in Kearns last weekend.

â€œWe have this stronghold here as people who support and believe in the Olympic and Paralympic movement that continues,â€ said Raney Norman, quadruple Olympic speed skater. “And it’s something really special and unique that I think sometimes sets us apart a bit too.”

Sustainability is another area where Salt Lake City’s bid shines. The Utah group plans to reuse all venues from the 2002 Games, Bullock said. And while there has been a 40% increase in the number of events since then, including new ones like big air skiing and snowboard cross, he said all of them can fit into existing venues.

Bullock said the IOC emphasized sustainability in its part of Monday’s presentation.

So what’s standing in the way of Utah? At present, the USOPC. Although it has named Salt Lake City its host city for the next Winter Olympics it is bidding on, the organization has not indicated whether it would prefer to host the Games in 2030 or 2034. Part of the delay is due to fact that Los Angeles is hosting the 2028 Summer Olympics and concerns that having two Games two years apart could create sponsor shortages.

The SLC-UT committee will then meet on December 13 for strategic and board meetings. Next, during the US Olympic Short Track Speed â€‹â€‹Skating Trials at the Olympic Oval on December 17-19, the USOPC plans to hold its own board meeting in Salt Lake City.

Bullock did not indicate that an announcement on the date would be made at either of those meetings.

“After Beijing,” he said, “we think there will be an intensification of activity.”

Utah population growth 2021: fertility is falling, but migration is on the rise

The trails of the desert canyons offer visitors, young people and neighbors of Grand Sion a single-track oasis