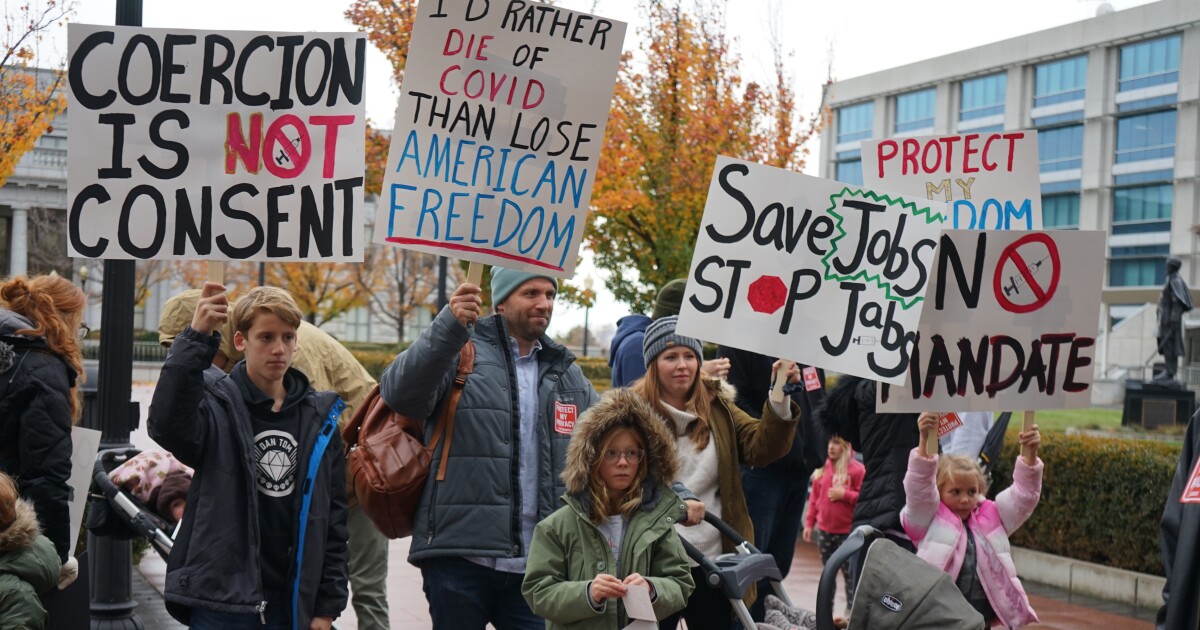 Employees who don’t want to comply with their workplace’s COVID-19 vaccine requirements just got coverage from the Utah Legislature.

The new bill, which was passed mostly along party lines during this week’s special session, still allows employers to demand vaccines, but the mandates are fundamentally toothless.

Employees have three options: a medical or religious exemption or an exemption for sincere personal beliefs. The bill also prevents business owners from firing workers who take advantage of these exemptions and requires companies to pay for COVID-19 workplace testing if necessary.

Some workplaces are excluded from the bill, such as federal contractors, organizations that provide Medicare and Medicaid services, and businesses with fewer than 15 employees.

Sponsor Senator Kirk Cullimore R-Sandy said he started working on the issue months ago when some companies started to impose vaccines.

In the background, however, is the Biden administration’s testing or vaccination warrant, which has been Temporarily blocked due to a Federal Court ruling. Utah leaders have said they are determined to fight the president’s policy.

“Our state is a state of employment at will. This means you can resign or be fired at any time, or for any reason, and there are very few exceptions to this rule, ”said Hawkes. “We’re just not trying to micromanage things in this space. We just don’t do it.

But at least one state business leader has said he doesn’t care about legislative implications.

Curtis Blair, president of the Utah Valley Chamber of Commerce, said he sees this as a way to push business owners to understand the needs of their employees.

“At the end of the day, these companies really need to monitor the policies they implement and their impact on bottom lines,” Blair said. “Your greatest asset [is] your staff and companies that ignore their people are the greatest asset probably have bigger issues than the vaccine to understand. “

The bill is now awaiting approval from Governor Spencer Cox.