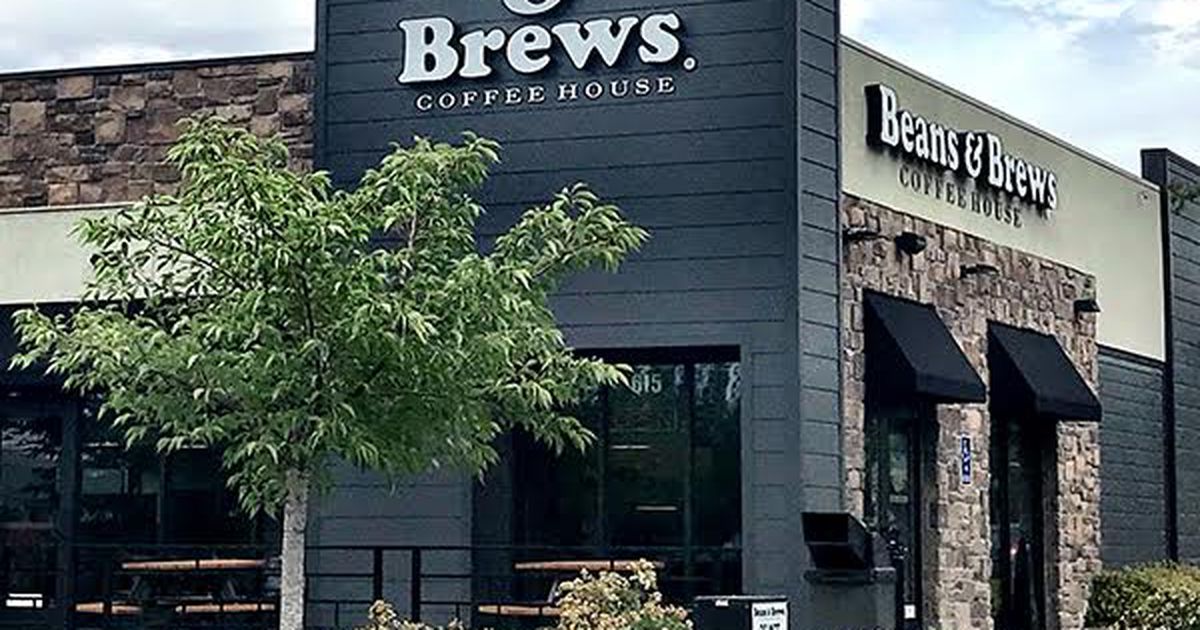 When Beans & Brews opened in 1993, Utahns were so unfamiliar with coffee drinks, “we rarely got to turn on the espresso machine,” said Jeff Laramie, the company’s co-founder and CEO. “If someone ordered a latte, we would all fight over who would do it.”

When national chain Starbucks opened its first stores in Utah in the late 1990s, they were in competition — but they also boosted Beans & Brews’ business, Laramie said.

“It brought a lot of legitimacy to the industry,” Laramie said. “That’s when Beans & Brews really took off, because people started to understand what specialty coffee was, and Starbucks was in the market in a way that we couldn’t afford. .”

Today, nearly 30 years after the Utah-based company was founded, Beans & Brews has ambitious plans for its own national expansion.

The company began rolling out franchises in 2004, and now, according to the company’s website, it has 62 locations in Utah, plus two in Idaho, one in Nevada and one in Arizona.

The company now plans to expand its footprint with stores in Colorado, New Mexico and Texas, along with additional locations in Nevada and Arizona. Laramie said the company is ready to expand beyond those states when it makes sense to take that step.

“You’ve got everyone in place”

“We’ve never invested any money in marketing or development,” Laramie said, adding that their growth so far has been almost entirely organic. But at the end of 2021, he said, Beans & Brews made the decision to work with Charger Investment Partners, a private equity firm, and focus on growth and expansion.

Kevin Laramie, co-founder and COO (and Jeff’s brother), said one of Charger’s board members told them, “You have all the systems in place. You have everyone in place. Just turn on the lights. »

That, Kevin Laramie said, was what motivated Charger “to partner with us, grow this, and turn it into something a little bit bigger.”

According to the Laramie brothers, there is one important aspect of the business that cannot be exported from Utah: the altitude of Salt Lake City.

Altitude proved to be a key factor when the business started, and the Laramies purchased their first roasting machine from a retired engineer who had moved from San Francisco to the small town of Fallon, Nevada.

“We trained in Fallon for about three days and came home to Salt Lake. He shipped the roaster to us, and we put everything together, and had him on the phone while we roasted coffee,” recalls Kevin Laramie. “But nothing was working as it should. We were burning lots left and right, and nothing was drinkable. We couldn’t figure out what was going on. …

“Finally he said, ‘The only thing I can think of is the altitude.’ That’s when we had the ‘A-ha’ moment,” Kevin Laramie said.

Water boils at a lower temperature at higher altitudes, the brothers recall. So they threw away their burnt beans and started over with a modified temperature chart.

High altitude roasting provides a better flavor profile, Laramie said, because you can roast at a lower temperature for a shorter period of time. The longer the coffee sits in the roaster, the more bland and flat the flavor becomes – so the shorter roasting time gives the coffee a brighter taste and lower acidity.

The other important part of the expansion, the Laramies said, was case-by-case verification of franchisees, which is handled by Kim Falk, vice president of franchise development.

Falk said she starts the process with a phone call. “I take time to get to know them,” she says. She said she wanted to know their motivations, personalities and past experiences – to see if they fit the brand well.

“We can train anyone on all aspects of business,” she said, “but we can’t train anyone on how to build relationships and be in the community. …That’s what I’m looking for, someone who has that, and is trainable on the business model itself.

For any business looking to grow through franchises, Haskell said, it’s important that the parent company has the resources to match its ambition, including the ability to support any new franchisees.

“And then, finally, there must be reasonable consumer demand to meet the presence of the new suppliers of the product in a given market,” Haskell said.

Haskell added that he understands Beans & Brews financially controls the franchisees, asking them to commit $250,000 to $300,000 in capital. “I have to believe they are watching them closely for operational awareness and ability to execute because otherwise it destroys the brand,” he added.

“If we’re talking about McDonald’s or wherever, good luck,” he said. “They’re just small enough that franchises aren’t just nameless or faceless. They tend to work with their franchisees. You go to the one on 106th South and 1300 East in Sandy, very often you will find that the person behind the counter waiting for you is one of the franchise owners. It’s not uncommon.

This fluid approach has been part of the Beans & Brews business model from the start, said Jeff Laramie. In their early days, he said, many people in Utah weren’t interested in drinking coffee, so they got creative with the menu, adding caffeine-free items like Frappes and Ghiradelli drinks.

“We appeal to many different types of people, young, old, at all levels, which has been critical to our success over the years,” said Jeff Laramie.

The economy is a wildcard – including what people are willing to pay for a fancy coffee drink – but Haskell said “having local ownership that’s locally invested, which I think is part of the shtick Beans & Brews, if you will, is very big here.

In his experience, Haskell said, having an edge with food is fundamental, but people return to places mostly because they like the atmosphere — or the people.

“You go to any food establishment other than a grocery store, and if you enjoyed the food and enjoyed the environment, you might consider going back. But how many places within three miles of where you might live can you enjoy the food and enjoy the environment? There are a lot of them,” he said. “You’re going to go back to those places that gave you something memorable, something out of the ordinary.”

Haskell said that when he and his wife go out to dinner, they “go to the restaurants we go to because we enjoy the food and it’s not food that we can easily duplicate at home, and we’ve come to know the owners. When we walk in they come over and say ‘hi’, and maybe sit down and have a little chat. That’s the remarkable part, right? »

Under pressure from lawmakers, Utah mining regulators are considering a permit for the Parleys Canyon quarry