UTA says plans will cause service delays at Salt Lake City, U. of U. 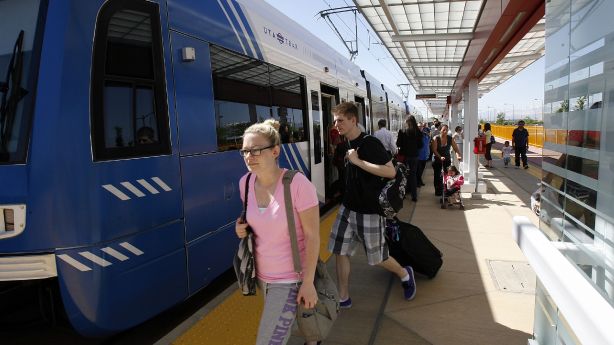 SALT LAKE CITY – The Utah Transit Authority advises passengers at Salt Lake City International Airport and the University of Utah to expect light rail delays this month due to nearby projects of both sites.

UTA on Monday began a bus bridge on its green TRAX line to and from Salt Lake City International Airport. The crews are currently working on the construction of a new station which will eventually lead passengers to the new main terminal of the airport.

UTA officials added that the bus will not travel to Fort Douglas station during the bus bridge service, so those who would normally use this station are encouraged to use the South Campus station instead. . Regular service is scheduled to resume on October 14.

According to the University of Utah’s semester schedule, fall vacation is expected to begin next week, so the delay in service will not impact travel to classes.

All lanes will be open on South Campus Drive eastbound for the duration of the project. The project could cause delays of up to 30 to 60 minutes for motorists.

The project is similar to the rail replacement that happened near Rice-Eccles Stadium in August. UTA officials said the project would add noise to residents and businesses in the area.

â€œResidents and local businesses should expect noise all day and night as well as dust, vibration and nighttime lighting during work activities,â€ they wrote in a press release. . “Barriers will be used to reduce noise.”