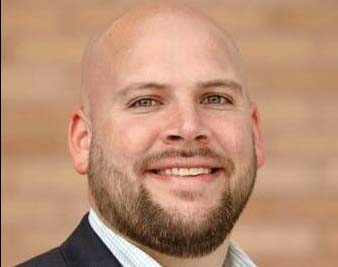 Chris Koopman, executive director of the Center for Growth and Opportunity at Utah State University, has been appointed by Governor Spencer Cox to the state’s new Privacy Oversight Commission.

Koopman was one of 12 legal and technology experts named to this panel Thursday in a joint announcement by Cox, Attorney General Sean Reyes and State Auditor John Dougall.

â€œProtecting the privacy of all Utahns has become even more important as technology has progressed,â€ Cox explained. “I am delighted to see this new Privacy Commission convening and look forward to developing policies that will hold the state accountable for the use of personal data and information of the Utahns.”

Spokeswoman Nicole Davis of the State Auditor’s Office explained that the Privacy Oversight Commission was created by the passage of Bill 243 during the 2021 general session of the Legislative Assembly.

The objective of this legislation is to provide guidelines for the use of emerging technologies for public officials, in particular law enforcement.

As Executive Director of the USU Center for Growth and Opportunity, Koopman specializes in technology regulation, competition and innovation.

His research and commentary have been published in the Wall Street Journal, New York Times, Washington Post, USA Today, as well as on the Bloomberg Network and National Public Radio.

Prior to joining USU, Koopman was a senior researcher and director of the technology policy program at the Mercatus Center at George Mason University.

He is currently an Affiliate Principal Investigator at the Mercatus Center and a member of the Information Technology and Emerging Technologies Working Group of the Federalist Society Regulatory Transparency Project.

Under state law, the Personal Privacy Oversight Commission is responsible for developing best practices for privacy protection that state agencies can adopt. The panel is also empowered to conduct reviews of government uses of technology to protect privacy and data security.