US Cities Where Home Prices Are Falling Fast 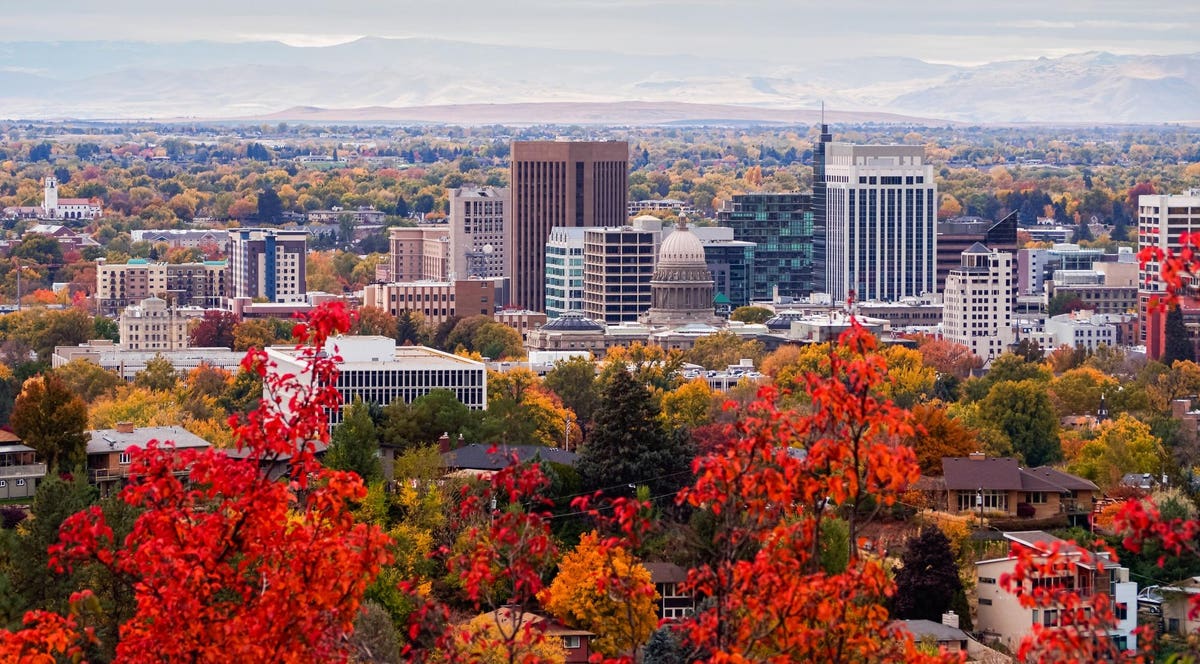 With mortgage rates rising to their highest levels since the 2008 housing crisis and fears of a recession, the real estate market is bracing for a downturn. Many experts are warning sellers to say goodbye to the pandemic housing boom and welcome an era of fewer bidding wars and higher inventories. That said, national house prices are expected to rise 4.3% between June 2022 and June 2023, according to CoreLogic. Yet some parts of the country remain particularly vulnerable to falling house prices.

Here’s a look at where we might expect to see lower house prices, based on which cities sellers are cutting asking prices, which markets are most vulnerable to a recession, and which overvalued communities are set to undergo a correction.

US Cities Where Sellers Are Lowering Asking Prices

Many sellers have reduced their asking prices in recent months. Some cities, especially those that were popular at the start of the pandemic, are seeing this trend more widely than other regions, according to a recent report by national real estate brokerage firm Redfin.. In an analysis of the 97 most populous metropolitan areas in the United States, a quarter of home sellers lowered asking prices in June.

Some of the hidden treasure towns that saw an influx of new residents during the pandemic are now cooling the fastest. Boise, Idaho, for example, touted as America’s most overvalued housing market, where prices soared as much as 80% last year, is seeing a decline. Recently, two-thirds of sellers (61.5%) in Boise reduced their asking prices, Redfin said.

“Higher mortgage rates and a potential recession are causing potential buyers in popular migration destinations to press the pause button, and they’re also having a big impact on workers in major job centers who are relying on their wallets. actions for installments,” Sheharyar Bokhari, senior economist at Redfin, said in the report. “Sellers are adjusting their expectations in real time as they realize they might not get the price their neighbor got two months ago.”

“My advice to potential sellers is to list their home slightly lower than they should and be patient,” Denver Redfin agent Andy Potarf said in the report.

The markets most vulnerable to a recession

In a separate survey, Redfin looked at cities where residents have high debt to income ratios and where home equity remains vulnerable because of it. In these regions, owners are more likely to foreclose or sell at a loss.

Riverside, California tops the list of cities most vulnerable to a recession. Riverside “has highly volatile property prices and was a popular destination during the pandemic, both for people moving permanently and for those buying second homes,” according to the report. Boise, Idaho, came second, followed by Cape Coral, Florida, North Port Fla. and Las Vegas. Sacramento, CA, Bakersfield, CA, Phoenix, Tampa, Florida and Tucson, Arizona followed as risky markets that could be hit by a recession.

Cities overvalued and ready to be corrected

An analysis by Florida Atlantic University and Florida International University has revealed the most overvalued housing markets in the United States. Well, since what goes up often comes down, these cities should experience a downturn in the coming months as well.

As you can see, some cities like Boise, Phoenix, and Salt Lake City have made multiple lists, making them prime targets for falling real estate prices. Meanwhile, the rapid growth in house prices that has occurred over the past two years is generally expected to slow.