Under pressure from lawmakers, Utah mining regulators are considering a permit for the Parleys Canyon quarry 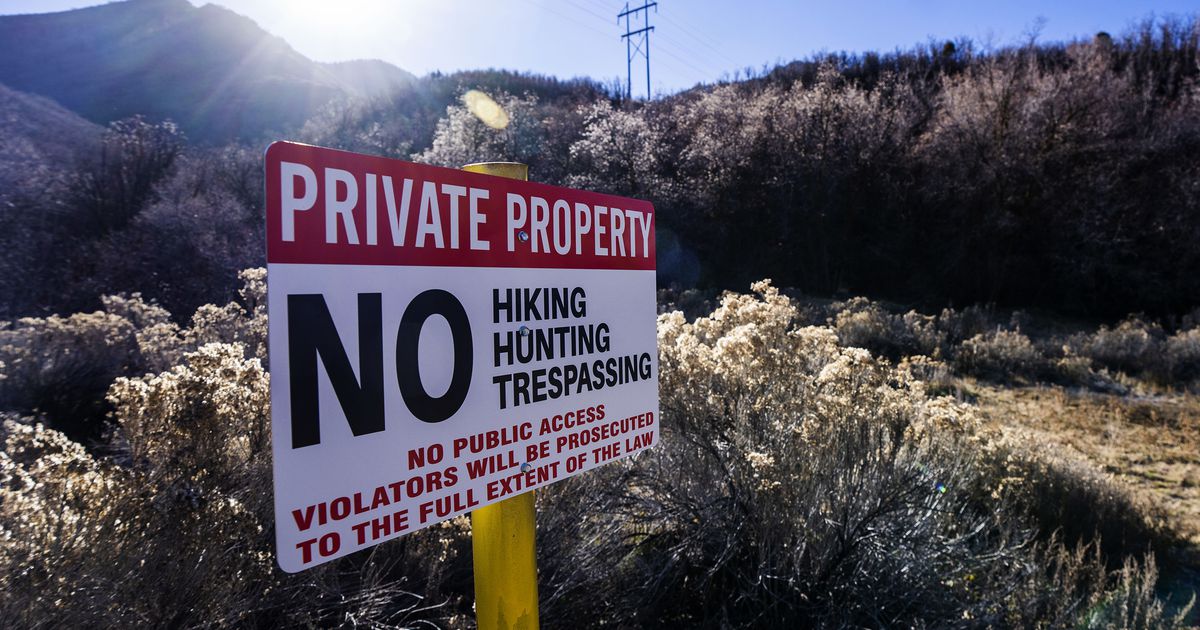 A controversial proposed quarry in Parleys Canyon is fueling tensions between lawmakers and Salt Lake County officials over how to regulate aggregate mining, an industry that weighs heavily on views and airsheds along the seafront. Wasatch.

The Division of Oil, Gas and Mining (DOGM) is under pressure from lawmakers to quickly issue a permit for the I-80 South quarry project, potentially allowing Granite Construction Co. to begin mining in the coming weeks, despite significant objections from Salt Lake. County and city officials consider the project a threat to public health and a watershed that supplies 360,000 people.

“Water held in the Mountain Dell and Little Dell reservoirs would be exposed to dust deposition which will affect water quality as they are located close to the proposed mine site,” wrote Laura Briefer, Director of Utilities. of Salt Lake City, in a filed statement. Tuesday with DOGM. “In addition, fugitive dust deposited in the Wasatch Mountains during the winter will accelerate snowmelt.”

By darkening the snowpack, dust deposits cause it to melt sooner, so less water is available when water requirements are highest in summer.

In recent years, Utah developer Jesse Lassley has acquired several hundred undeveloped acres and a partial interest in an existing quarry in Parleys Canyon under the trade name Tree Farm LLC. Last year, Tree Farm quietly filed a notice with DOGM to begin a large mining operation, with a pit that would grow to up to 400 acres over time.

In the face of intense opposition led by Salt Lake County Mayor Jenny Wilson, that advisory was withdrawn. But last month, Granite, a global aggregate producer acting as a partner in Tree Farm, filed a new notice for a largely indefinite 20-acre quarry, which qualifies for much less scrutiny as a “small mining” under Utah law.

That means DOGM’s only job at this point is to determine whether the application is complete and whether the posted bond is sufficient to cover the cost of rehabilitation, according to Republican lawmakers who are urging DOGM Director John Baza to stay within its regulatory lane and act quickly in approving the mine. .

On June 16, the day after Granite filed the small mine notice, Baza and Chris Hansen, who chairs the Oil, Gas and Mining Council, were called before the Administrative Rules Review and Oversight Committee. of the Legislative Assembly and attended a lecture on the limits of agency authority.

Sen. Curt Bramble, R-Provo, was unhappy that DOGM signaled that it would tie its permit for the quarry to permits issued by the Utah Department of Environmental Quality.

Regulators agreed they shouldn’t interfere with the work of a sister agency, but they noted the mine’s proximity to Utah’s largest urban area and intense opposition indicates that this project deserves a further scrutiny to ensure the protection of the public interest.

But current state law might not allow it. Bramble argued that DOGM was setting up a “Catch-22” for career promoters.

“How on earth, if you don’t know the scope of mine, could DEQ or any other agency approve an application that has no defined scope, but that approval is required before that scope can be defined or approved?” Bramble posed. “How could that ever be respected?”

According to lawmakers’ view of mining permit rules, the DOGM permit should be issued by Thursday, 15 days after the small mine notice was deemed complete. But on Thursday, the Department of Natural Resources, DOGM’s parent agency, said state law allows 30 days, so no permits were issued.

Granite’s notice last week drew objections from Salt Lake County, Salt Lake City, Millcreek, Save Our Canyons and a neighboring property owner, all requesting a hearing for DOGM to consider their concerns before proceeding. to chase.

The objections argue that Granite and Tree Farm aim to evade public involvement in DOGM’s decision and begin mining on July 16, before obtaining the required regulatory permits.

Millcreek’s concerns are primarily about the dust that would likely blow into the neighborhoods at the mouth of the canyon.

“These residents were affected by fugitive dust emissions from existing rock quarry mining operations just across I-80 from the site described in Granite’s Small Mine. [notice]says Millcreek’s objection. “This operation was cited for excessive dust and other violations of air quality regulations by the Utah Air Quality Division. Dust from the existing quarry contributes to poor air quality in the Salt Lake Valley by introducing particulate matter in addition to creating harmful dust on cars, windows, porches, patios and driveways in Canyon Rim and beyond.

The various objections also insist that Granite’s proposal should be reviewed under the stricter rules for large mines before any excavation begins. Officials have argued that Tree Farm’s real intention was to develop a massive pit, but it is seeking to circumvent those rules by exploiting a regulatory loophole reserved for mines smaller than 20 acres.

Salt Lake County officials have made it clear they will take legal action to block the mine if it gets state approval, as it would be located in a protected area in the foothills where new mines are no longer permitted under a recently passed zoning ordinance.

In a statement filed Tuesday, Deputy County Mayor Catherine Kanter said Granite and Tree Farm must comply with county land use and other relevant ordinances, and that they have not yet filed any applications. about mining.

“Even if Tree Farm and Granite’s proposed use were permitted by county law, there would still be multiple land use approvals and environmental conditions. [they] should satisfy,” she wrote. “These include, but are not limited to, meeting the requirements of a revegetation and land reclamation plan, site plan, slope protection, grading plan, access to the site, geotechnical analysis, stream protection, wildlife protection and traffic studies.”

Kanter noted that Granite’s notice did not provide a reclamation plan or an operating plan for the mine.

Meanwhile, DEQ has already issued a stormwater discharge permit for the project, but an air quality permit has not yet been issued, according to agency spokesman Matt McPherson.

An Order of Approval from the Air Quality Division will be required if emissions exceed a certain threshold and if operations exceed 180 days per year. Such an order requires a 30-day public comment period.

According to McPherson, Granite applied for an order of approval authorizing “temporary” operations, but the division denied it because the proposed operations are not temporary.