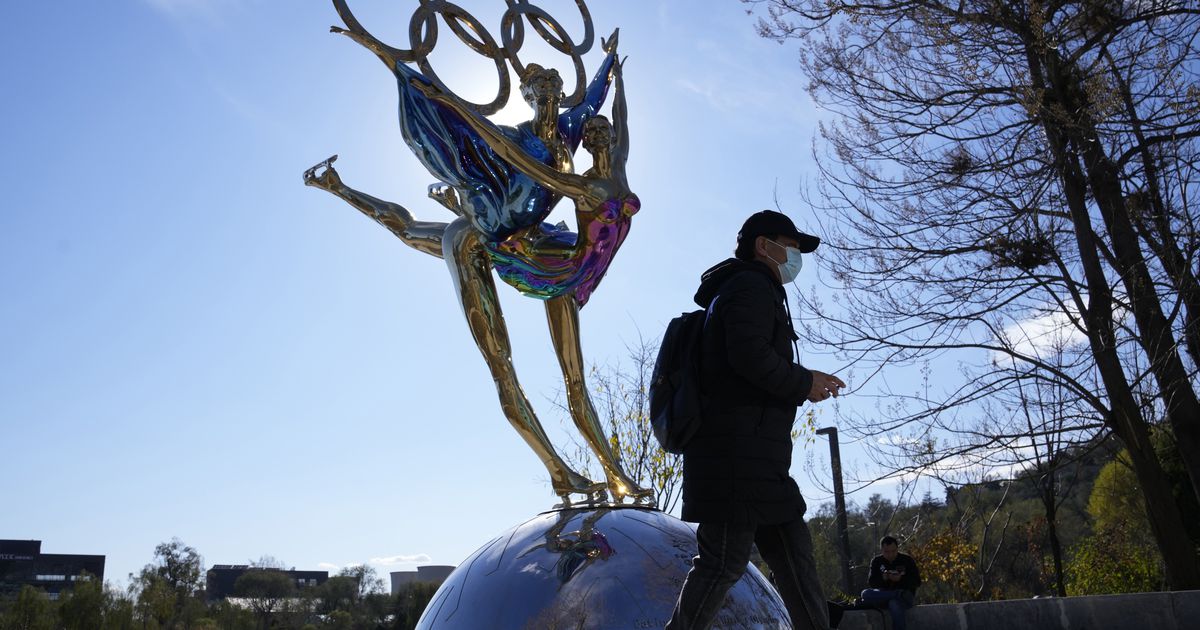 The United States will organize a diplomatic boycott of the upcoming Winter Olympics in Beijing to protest China’s human rights violations, the White House confirmed on Monday, a move China pledged to welcome with ” firm countermeasures â€.

White House press secretary Jen Psaki said American athletes will continue to compete and “will have our full support”, but added “we will not be contributing to the games fanfare.”

“The diplomatic or official representation of the United States would deal with these games as usual in the face of the gross human rights violations and atrocities committed by the PRC in Xinjiang, and we simply cannot do that,” Psaki told reporters. during Monday’s briefing.

Despite the boycott, the group working to bring the Winter Games back to Utah are still considering sending a delegation to China.

Fraser Bullock, chair and CEO of the Salt Lake City-Utah Games committee, said Monday he plans to attend with committee chair Catherine Raney Norman and councilor Darren Hughes. Bullock said their intention was to learn more about the mechanics of the Games, not to be there for political purposes.

â€œOur focus is not on a diplomatic boycott or any of those political dynamics,â€ Bullock said. â€œOurs is focused on our games.

â€œOur goal is to be behind the scenes,â€ he added, â€œto understand what they are doing in terms of hosting the Games, new ideas that we can bring to our Games and talking with people about our future hosting opportunity. “

The group hopes that the Salt Lake Valley, the site of the 2002 Olympics, can once again host the Winter Games in 2030 or 2034. Bullock said he did not expect the diplomatic boycott. has an effect on the decision of the International Olympic Committee on whether or not to bring the Olympics back to Utah.

â€œWe know that things in the world come and go, and we recognize that through it all it’s a long journey of nine or 13 years,â€ he said. â€œWe are just focusing on our Games and putting our best assets forward in terms of what we can offer the world. “

Ahead of the boycott announcement, Senator Mitt Romney tweeted comparing companies and politicians who turn a blind eye to China’s human rights violation to someone “paying the cannibals to eat them last.” . Romney, who played a pivotal role in hosting the Olympics in Utah in 2002 and has expressed support for a boycott, applauded the move once it was announced.

America must not lend credibility to the Chinese Communist Party, which suppresses ethnic and religious minorities by committing genocide against its Uyghur citizens. @TimKaine and I applaud the president’s decision to suspend a diplomatic presence at the Beijing Olympics. pic.twitter.com/VapgY2MLgp

â€œNo more Olympics should be awarded to a nation that so blatantly violates the human rights of its own citizens,â€ he wrote in a joint statement with Senator Tim Kaine, D-Virginia.

Biden will host a White House Democracy Summit this week, a virtual gathering of leaders and civil society experts from more than 100 countries to take place on Thursday and Friday. The administration said Biden intended to use the summons “to announce individual and collective commitments, reforms and initiatives to defend democracy and human rights at home and abroad.” .

Senate Foreign Relations Committee Chairman Robert Menendez, DN.J., called such a diplomatic boycott “a necessary step to demonstrate our unwavering commitment to human rights in the face of unacceptable abuses by the Chinese government.” .

He called on “other allies and partners who share our values â€‹â€‹to join the United States in this diplomatic boycott.”

â€œWe have a fundamental commitment to promote human rights. And we feel strongly in our position and we will continue to take measures to advance human rights in China and beyond, â€Psaki added.

Chinese Foreign Ministry spokesman Zhao Lijian accused US politicians of demagoguery over not sending dignitaries to attend events that China hopes will enhance its economic development and its technological prowess.

Speaking to reporters at a daily briefing, Zhao said such a move would be an “outright political provocation,” but gave no details on how China might retaliate.

Human rights activists and lawmakers in the United States who support a boycott say it is a necessary step. They cite China’s poor human rights record as justification, claiming that China is using gambling to whitewash its mistreatment of civil rights activists, political dissidents and ethnic minorities.

“Uninvited, US politicians continue to tout the so-called diplomatic boycott of the Beijing Winter Olympics, which is purely wishful thinking and demagoguery,” Zhao told reporters at a daily briefing. . â€œIf the US side is determined to go its own way, China will take strong countermeasures. “

Sending high-level delegations to each Olympic Games has a long tradition in the United States and other leading countries. Then-President George W. Bush attended the opening of the 2008 Summer Olympics in Beijing. First Lady Jill Biden led the US contingent to the Summer Olympics in Tokyo this year and Second Mister Doug Emhoff led a delegation to the Paralympics.

The diplomatic boycott comes as the United States attempts to stabilize turbulent relations with Beijing, even as it maintains a firm approach to trade and conflicts over China’s actions on Taiwan, human rights, Hong Kong and the South China Sea. CNN was the first to report that an announcement was expected this week.

Beijing has organized a firm response to all US criticism, denouncing it as interference in its internal affairs and imposing visa bans on US politicians it considers anti-Chinese.

It was not clear who the United States could have sent Beijing for the games, and Zhao’s comments seemed to indicate that China had not issued any invitations.

Australia, whose ties with China have collapsed over a series of disputes, also raised the possibility of a diplomatic boycott.

The 12 states where the Omicron variant has been detected – 24/7 Wall St.