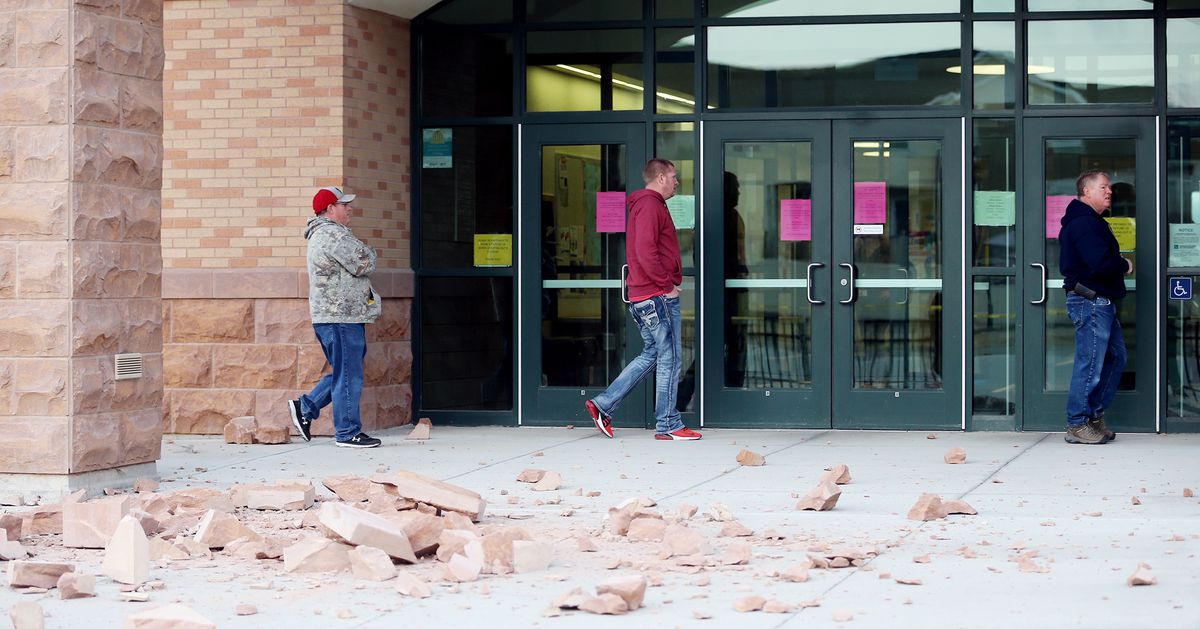 At 6:35 a.m. on August 30, 1962, an earthquake struck the town of Logan hard. It was one of those life-changing events – something the rest of us would be wise to remember.

Witnesses said it started with a rolling rumble that quickly dissolved into the sound of breaking glass and falling bricks.

Official sources differ as to its potency. The United States Geological Survey marked it at 5.9 on the Richter scale. The University of Utah’s Intermountain Seismic Belt Historic Earthquake Project calls it a 5.7, similar to the one that struck the Salt Lake Valley in March 2020.

But that’s about the only thing the two have in common.

A small breakfast crowd sat at the counter of Model Billiards on West Center Street in Logan that morning in 1962 when the walls parted and the roof collapsed. Fortunately, no one got hurt.

The roof collapsed on the chapel of the Logan Fourth Ward building of The Church of Jesus Christ of Latter-day Saints, according to a Deseret News account at the time. Walls crumbled all over the city. On Federal Avenue, the Smith Printing Company lost 40 feet of its west-facing wall.

Windows large and small shattered and left debris all over the city. Cans, broken glass and groceries littered grocery store aisles. At Logan Temple, plaster fell from the ceilings and a weather vane and lightning rod collapsed.

Nearby Richmond suffered the worst damage. The LDS Benson Stake Tabernacle, a stately brick building built in 1904, was so badly damaged that it later had to be razed.

Remarkably, the only reported injury involves a girl from Richmond, who suffered a cut on her foot from a broken bottle.

In contrast, the Salt Lake earthquake 48 years later caused little damage except to one type of building – those constructed with unreinforced masonry.

Judging by the reports from 1962, this is the only common thread. Bricks crumbling, walls separating and falling, resulting in collapsed roofs – these are the telltale signs of buildings held together by nothing but bricks and mortar, with roofs held in place by nothing more than gravity.

A new report from the Utah Seismic Safety Commission repeats a long-held estimate that 140,000 of these unreinforced buildings exist along the Wasatch front, ranging from single-family homes to apartments and office buildings. They were built before the strict building codes of 1976. Experts say most injuries and deaths, especially in an earthquake much larger than the one in 2020, would occur in and around these buildings .

The report provides five recommendations for ways this year’s Utah legislature can prepare for the big one now, reducing the overall damage. It involves improving the four major aqueducts that deliver water to more than 2 million Utah residents; fund an ongoing study on the repair of school buildings that may be vulnerable; ensure that buildings larger than 200,000 square feet or otherwise serving vital purposes (hospitals, schools, police stations) undergo rigorous structural review; that an early warning system be put in place; and that the public be made aware of these 140,000 vulnerable buildings.

Frankly, the latter is not enough. With all the extra money lawmakers have this year, they should be funding programs that help homeowners with their problems. Some cities already have Fix the Bricks programs in place, but these tend to be underfunded. Unfortunately, many people who live in these structures have meager means. Many of them are tenants.

So the other thing lawmakers should do is pass a law requiring sellers to notify buyers that a home is unreinforced and vulnerable to an earthquake. This could be coupled with requirements to inform potential buyers of state programs to help them resolve the issue.

I have heard that real estate agents oppose such a requirement. It’s natural. But the requirement would begin to put pressure on landowners to fix the problem.

Mere awareness is not enough.

It’s one of those issues that makes everyone a gamer, betting they won’t have to deal with it in their lifetime. The report says the odds of the Wasatch Front having an earthquake of magnitude 6.75 or greater within the next 50 years are essentially a toss-up. Do you feel lucky?

If that happened, such an earthquake could change this place forever, ruining our economy and our way of life for many years. FEMA officials predict it could be one of the deadliest natural disasters in US history, rivaling the 1906 San Francisco earthquake.

In Logan, the damage caused by this relatively mild earthquake of 1962 is forever etched in our memories. In 2012, the Logan Herald Journal reported on a 50th anniversary commemorative event.

Former Richmond Mayor F. Richard Bagley told the newspaper that the earthquake changed his town forever, destroying two churches and many homes. “It just changed our appearance,” he said.

Utah leaders should do everything they can now to ensure that a Wasatch front that’s far more populated than Logan’s in 1962 will be altered as little as possible if a big hit.

Utah is building a modern, one-car European district on the outskirts of Salt Lake City