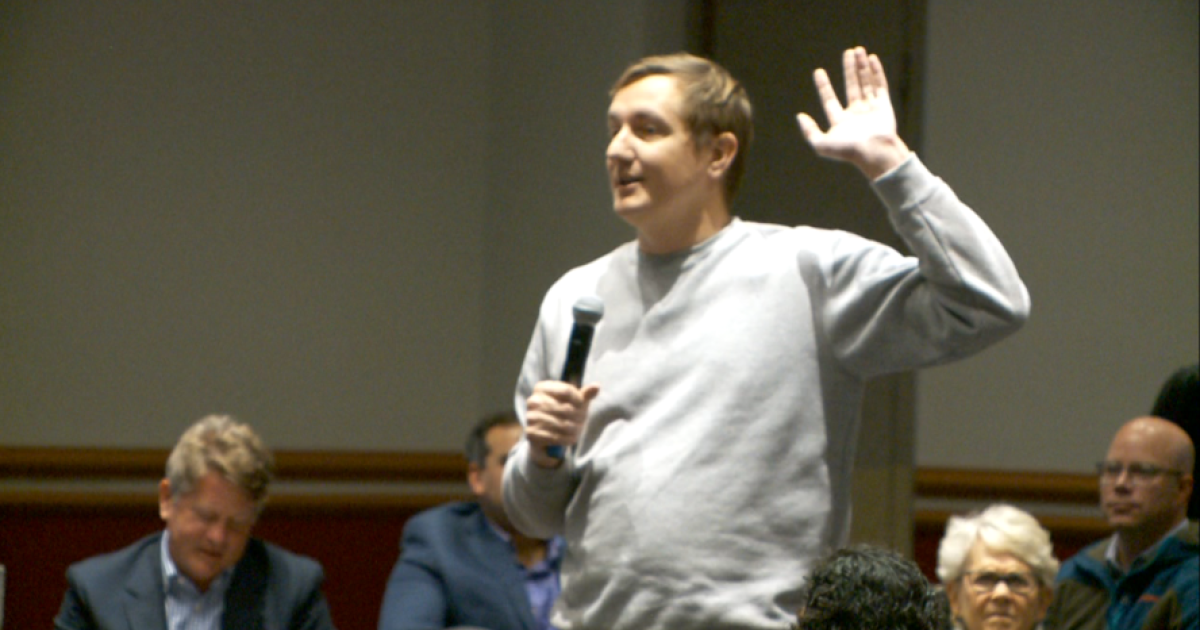 For an hour at the Silicon Slopes Summit on Tuesday, some executives from Utah’s biggest tech companies spoke out on topics such as alcohol laws and anti-transgender legislation.

The brutal back-and-forth was designed to give Utah’s political leaders and tech industry representatives a chance to get to know each other and find ways to work together. Silicon Slopes, the nickname for Utah’s growing tech industry, recently formed a political action committee focused on state policy.

But tech leaders also had their own problems. Josh James, the CEO of Domo, shared a common complaint – that friends and even his wife can’t order wine to be delivered to their homes like in other states.

â€œIt drives them crazy that they can’t order a bottle of wine online,â€ James said.

â€œEvery time I talk to Josh he talks about wine,â€ joked House Speaker Brad Wilson of R-Kaysville. â€œI know he’s serious about it.

Silicon Slopes Commons presented a survey it conducted of employees and executives in the tech industry. He identified air quality, jobs, cost of living, politics and diversity as the main issues. The legislature did not really do a good job of probing.

To counter the idea that only “California liberals” are settling in Utah, Silicon Slopes Commons said it also interviewed tech industry workers who are longtime Utahns. 45.4% of those who answered said they were not satisfied with the current composition of the legislature, 33.6% said yes and 20.9% answered maybe.

Technology is growing in importance in the Utah economy, generating billions of dollars each year.

â€œI don’t know the technical term, but I think it’s a sh-ton,â€ said Blake McClary, chief executive of Divvy, who then asked lawmakers, â€œWhat makes you nervous about About the technology? “

Senatorial Minority Leader Karen Mayne D-West Valley stood up and replied, “We are not afraid at all.” But she added: “I think in the legislature the government is going slowly.”

Senator Jake Anderegg, R-Lehi, whose district includes the Utah County side of the tech corridor, tried to explain part of the divide between technology trying to fix problems immediately and the slow response of the government.

â€œWe are trying to bring the state of Utah into the 21st century,â€ he said.

Some lawmakers have attempted to push forward tech-friendly legislation, including a regulatory sandbox bill that passed this year, prompting a tech CEO to respond that it wasn’t helping them at all. . Another CEO said he was concerned about legislation targeting diversity.

President Wilson has also told tech industry representatives that they have their own concerns.

“Your rapid growth, and how can we support it in a way that doesn’t create dysfunction in the rest of our economy and state?” ” he said.

Sunny Washington, the head of Slopes PAC, said the dialogue had been productive. But she noted that they were having problems with some of the “message bills” the legislature is implementing.

â€œRecruitment is one of the biggest issues we have in retaining talent and getting people to move here,â€ she told FOX 13. â€œBut yeah, if we do things that sound bad and that I don’t think it’s very Utah, we run into problems, that will hamper our ability to grow. â€

After the breakfast meeting, Senate Speaker J. Stuart Adams, R-Layton, told FOX 13 that the legislature will try to work with Silicon Slopes.

â€œWe will continue to work with the tech industry,â€ he said. â€œA lot of people love Utah and I think there is diversity in Utah. And I think we have to include everyone and every idea that we have in Utah.â€