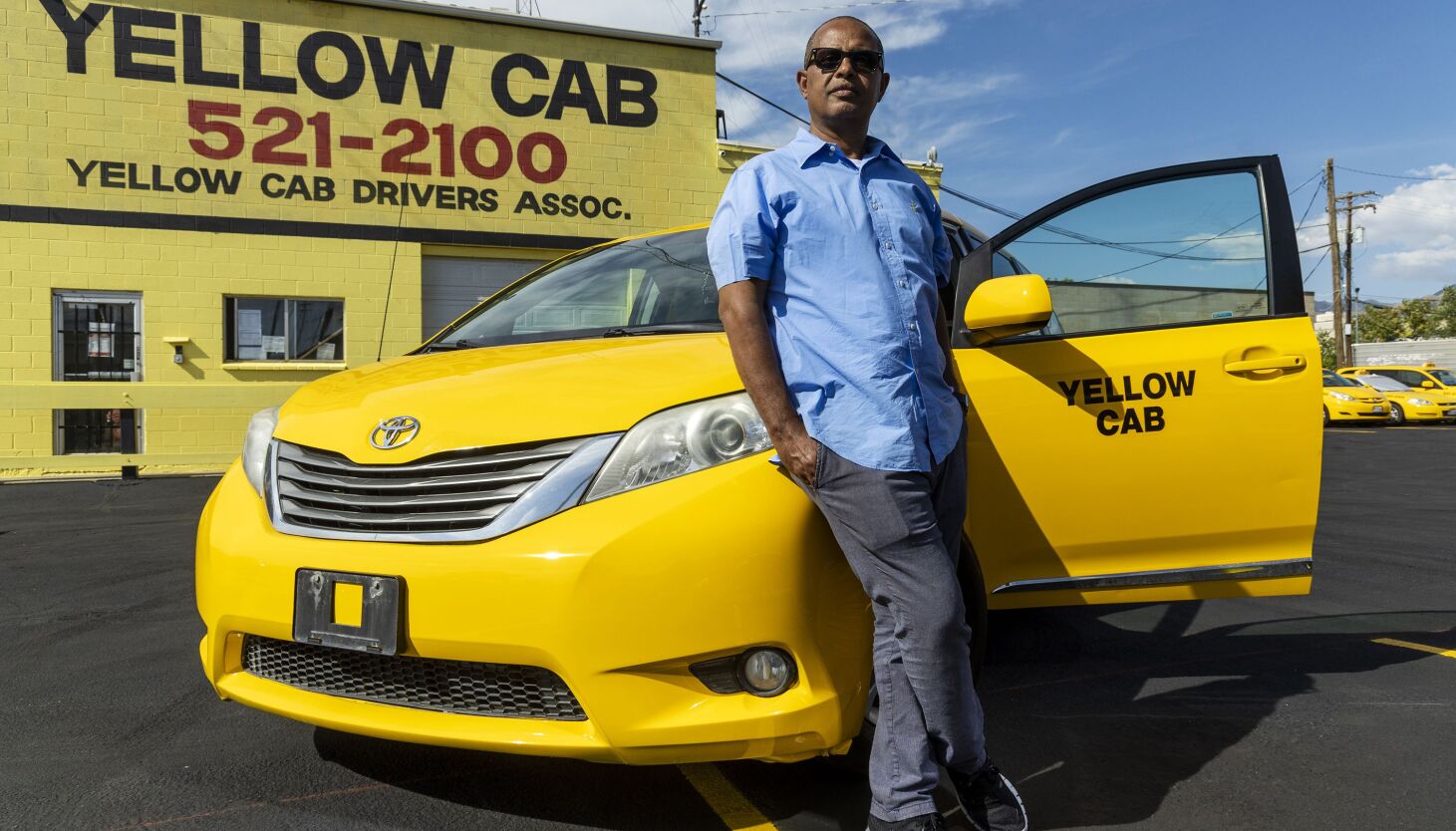 Almoh Bahaji and Jay Wacker, a friendly couple in their sixties in blue jeans, don’t look like counter-revolutionaries. Their no-frills offices in the yellow cinderblock building on the west side of town don’t look like the kind of height from which to launch an offensive, either.

But make no mistake, these men fight hard, committed and determined to restore the ancient and mighty king to his former glory.

Everyone knows taxis haven’t had it easy over the past decade. First came Uber, then Lyft, ride-sharing companies you could call from your phone!

Not only did new technology bring you rides quickly and efficiently no matter where you were, but drivers got online consumer ratings, a sort of built-in quality check – unlike taxis, where customer service was all about often to you ‘re-lucky-you-were-picked.

Gone is the virtual monopoly taxis have enjoyed since the invention of the Model T. Demand plummeted virtually overnight.

The owners and shareholders put the company up for sale, which was no surprise. What was a surprise was that someone bought it.

People were pretty sure that Almoh Bahaji had lost his mind or was about to.

But Almoh had two very good reasons for buying what looked like a dinosaur: first, he had been driving for the company since 1999; two, and more importantly, during that time he had bought dozens of taxis which he had contracted out to other drivers.

If Yellow Cab ceased to exist, it would end up with a garage full of yellow-colored cars and nowhere to drive them.

Fortunately, facing long hardships did not scare a man who first had to escape a civil war in his native Somalia before arriving in Salt Lake City in 1996 as a refugee with 80 dollars in his name.

He was living in The Road Home homeless shelter when he drove his first taxi.

After that, he says, “I started living the American Dream.”

The taxi business – for Yellow Cab and for Almoh – remained stable until 2009, when Uber was born, and until 2012, when Lyft was born. Then came the slippery slope, followed by the clearance sale.

The first thing Almoh did when the business was his was to confess to himself what he didn’t know.

He could see that previous management “didn’t plan Uber and Lyft very well; they didn’t form any strategy,” but he didn’t know how to modernize the business.

Jay is Jay Wacker, a man who somehow has been in the transportation business all his life, as a driver, dispatcher, customer service manager, manager. Based on his experience and background, Almoh asked Jay to be his operations supervisor.

It was five years ago.

The fact that they are still standing is a testament to where hard work and determination will get you.

That and a new business model.

Instead of being repelled by the technology, they embraced it. They have a rider app called CURB that does the same thing as the Uber and Lyft apps. They aggressively sought contracts with hotels and other businesses, including the airport, promising better service with their new software. They chiseled the longstanding negative taxi culture of customers serving the driver rather than the other way around.

“Taxis were the only ones doing this for a long time and they were pretty indifferent to customer service, and to some extent they still are,” says Jay. “But we are trying to figure out what a taxi service is supposed to look like instead of the old legacy. We are a service industry. That’s all we have is service.

Like everything else, the new business model didn’t foresee the pandemic, but it managed to survive 2020, if only barely. At the lowest point during the lockdown, they were down to just 10 drivers.

They’ve since bounced back, to the point that they now have 84 taxis in their fleet (they also acquired Ute Cab), they get 800 app visits a day (not including corporate accounts and the airport) – and they are constantly looking to add more taxis and more drivers.

A good sign that they are doing something right: of their last twelve driver hires, 10 have come from Uber and Lyft.

“We can compete with Uber and Lyft,” says Jay, noting that one of the big advantages of taxis is that, unlike their ride-sharing competitors, they charge the same fare for the same route, regardless of the time of day. the day and independently of supply and demand. There are no surge charges.

“I like our position, I like where we are,” said the counter-revolutionary, a hint of pride perceptible in his voice. “We took over a dying business and revitalized it. Our future looks bright. We are far from finished. »