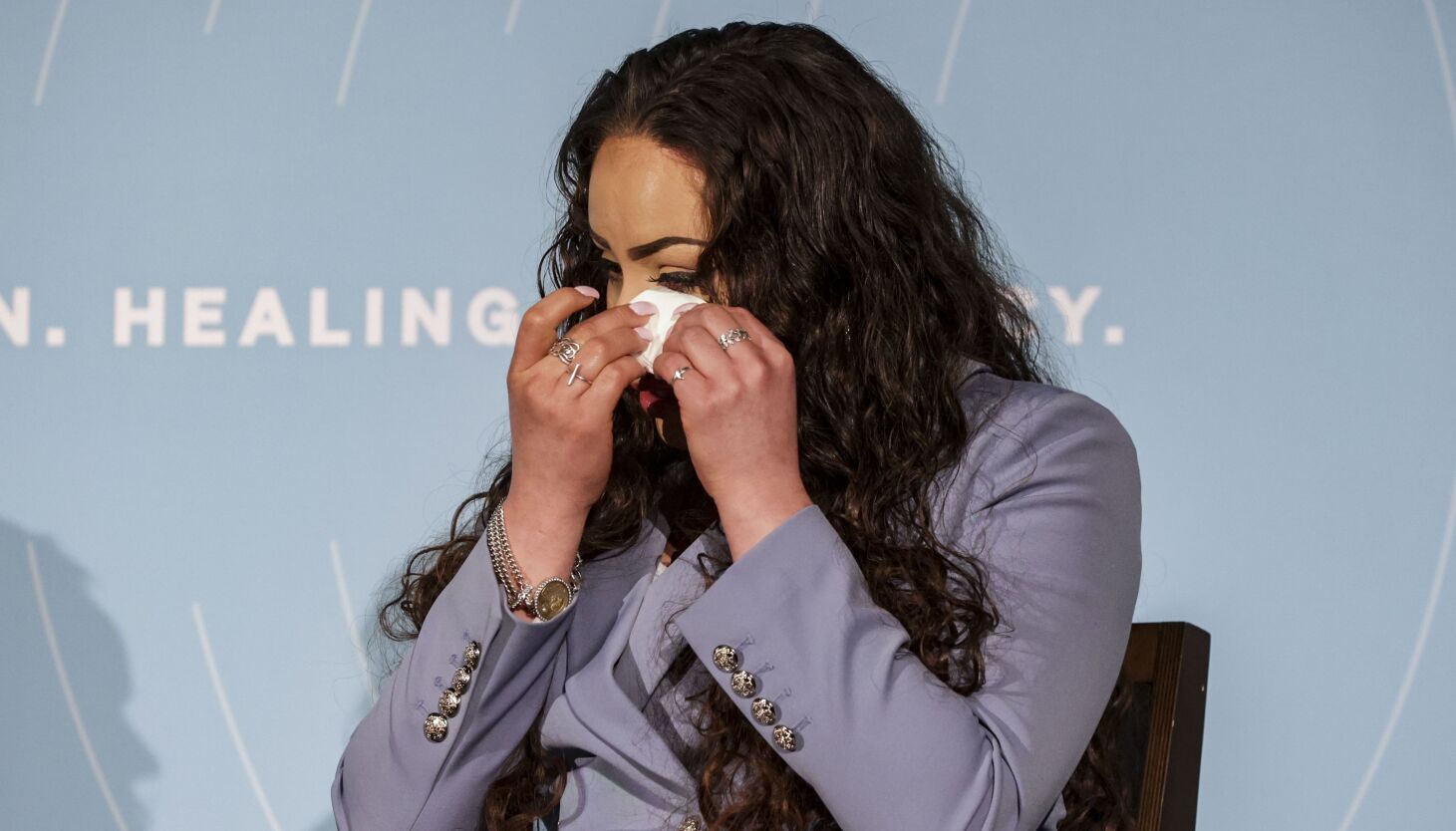 “They’re like, ‘Well, we don’t really need to focus on that because it’s really not happening here,'” she said.

“I’m from Alpine, Utah, and this happened to me,” Skirvin said, speaking on a panel Friday at the second annual Malouf Foundation education summit in Salt Lake City. The Malouf Foundation Summit strives to educate guests who want to get involved in the fight against child sexual exploitation.

In Skirvin’s case, there were initially no red flags.

She had intended to attend college in California, but her personal goals were put aside after she began dating a well-groomed man who seemed to have her best interests at heart.

“He wasn’t dressed like a pimp would be,” she said.

One evening, after enjoying a nice dinner, he asked her how she was going to pay for the things he had provided for her.

A man she initially believed to be her boyfriend tricked her into sex trafficking, setting her “dates” to keep.

“Monday to Sunday was my life. He controlled everything down to the color of my nails,” said Skirvin, who now sits on the advisory board of the Malouf Foundation.

Eventually she was able to escape her trafficker and her father took her back to Utah, she said.

Her mother sent her to a “trauma-informed” doctor, which is when she learned she was pregnant. She credits her son for helping her survive the sexual abuse she endured.

The three women participating in a panel discussion titled “Surviving Sexual Violence and Choosing a Path Forward” are mothers, and each said their lived experience had an impact on how they raised their children.

Tanya Gould, a survivor and director of the Virginia Attorney General’s Anti-Human Trafficking Office, is a mother of two sons and a daughter. She said she had worked to build her children’s confidence and sense of worth and educate them about the dangers of the world.

Skirvin said she exercised ‘due diligence’ when her son asked to go on a play date. She insists on meeting the other child’s parents and meeting as a group before allowing him to visit to others without his direct supervision.

Kara Robinson Chamberlain, who was kidnapped at gunpoint from her friend’s front yard in Columbia, South Carolina, when she was 15, said her sons once asked Google who she was.

“They got the response from Google, which wasn’t ideal,” she said. She has since told them, in an age-appropriate way, what happened to her.

“I tried to have this open dialogue with them. I want my children to know that I am a safe space and that we can discuss difficult things.

“They know ‘Hey, if you’re outside and riding your bike in the driveway and I have to come in to cook dinner or go to the bathroom, you come with me. You don’t stay here because it can happen so fast,” she said.

Robinson Chamberlain said she was alone outside for less than five minutes when she was abducted in broad daylight. A neighbor saw her get into the man’s car and apparently didn’t see a problem ‘because I wasn’t kicking and screaming’, she said .

Her caution stems from her experience of being kidnapped and brutalized for 18 hours until she could escape, but it’s also part of being a vigilant parent.

“You are trying to protect your child. It’s your responsibility,” she said.

Robinson Chamberlain was abducted in June 2002, about three weeks after Elizabeth Smart was abducted from her Salt Lake City home.

The women – survivors, mothers and activists alike – have spoken together on panels and television specials. They have also teamed up to develop a film on the kidnapping of Robinson Chamberlain.

Then Kara Robinson, she was at a friend’s house watering plants when she was approached by a well-groomed man who said he needed to drop off brochures for the people who lived in the house. Initially, there were no red flags, she said.

But after closing in on her, the man, later identified as serial killer Richard Evonitz, pulled out a gun, pressed it to her neck and forced her into a large storage bin who was in the back seat of his car.

After being terrorized at the man’s home for 18 hours, Robinson Chamberlain escaped while Evonitz slept. His astute observations of his surroundings helped police later locate him and engage in a high-speed pursuit in an attempt to capture him. It ended with Evonitz committing suicide.

Evidence recovered from Evonitz’s home, which police located with the help of Robinson Chamberlain, was instrumental in solving the murders of three young women that occurred five years before his abduction.