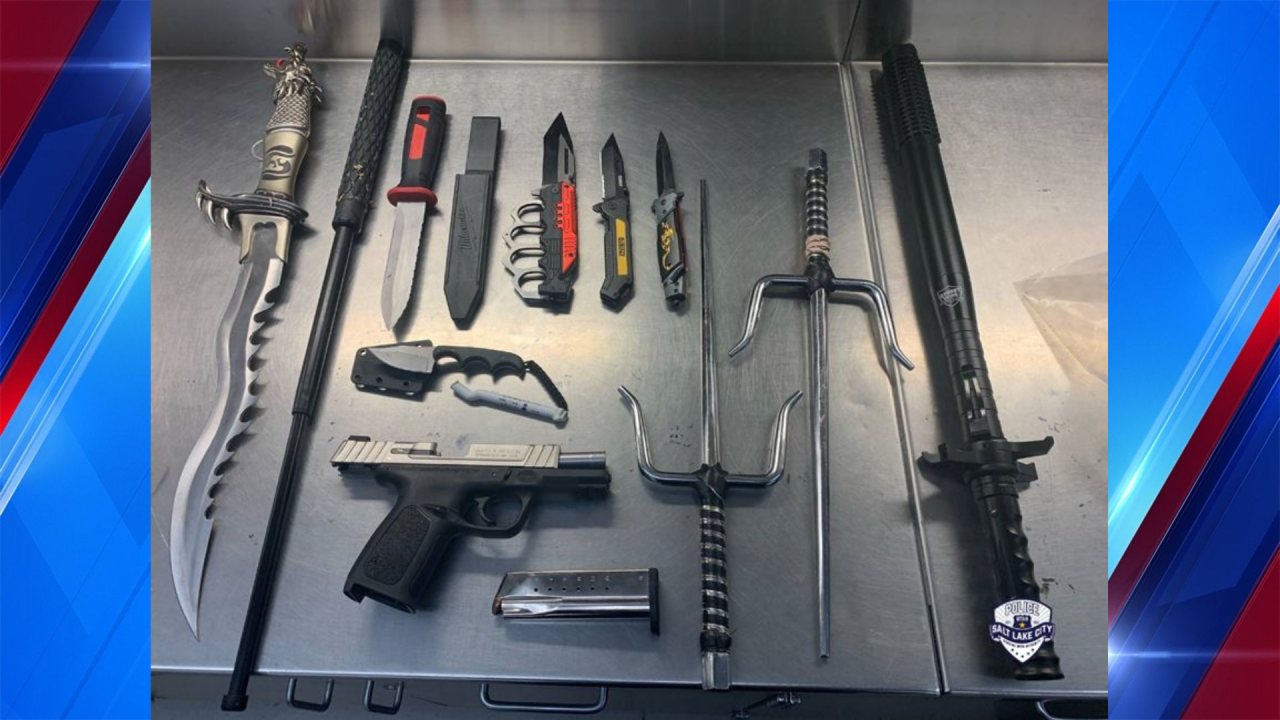 SALT LAKE CITY (ABC4) – A man has been arrested after a drunk driver was discovered on Monday with a treasure trove of dangerous weapons.

Police said the incident occurred in the 1400 South 300 West area when officers responded to reports of a possible road rage incident. When the police tried to arrest Singh, he was uncooperative and fled in a “reckless manner”.

Officers eventually found him in a parking lot at 1200 South 900 West. Police suspected Singh of driving under the influence and arrested him for drinking and driving.

During the investigation, the police discovered a quantity of dangerous weapons in Singh’s possession, including a handgun loaded with the serial number shaved off, two batons, several knives, a sword, an American hand knife. and two daggers sai.

Singh was arrested on charges of impaired driving, refusal to take a chemical test, obstructing justice, disorderly driving, on counts of possession of a dangerous weapon, possession of drug paraphernalia, reckless driving, etc. .

Singh is currently reserved at the Salt Lake County Metropolitan Jail. Authorities are still investigating the case for now.