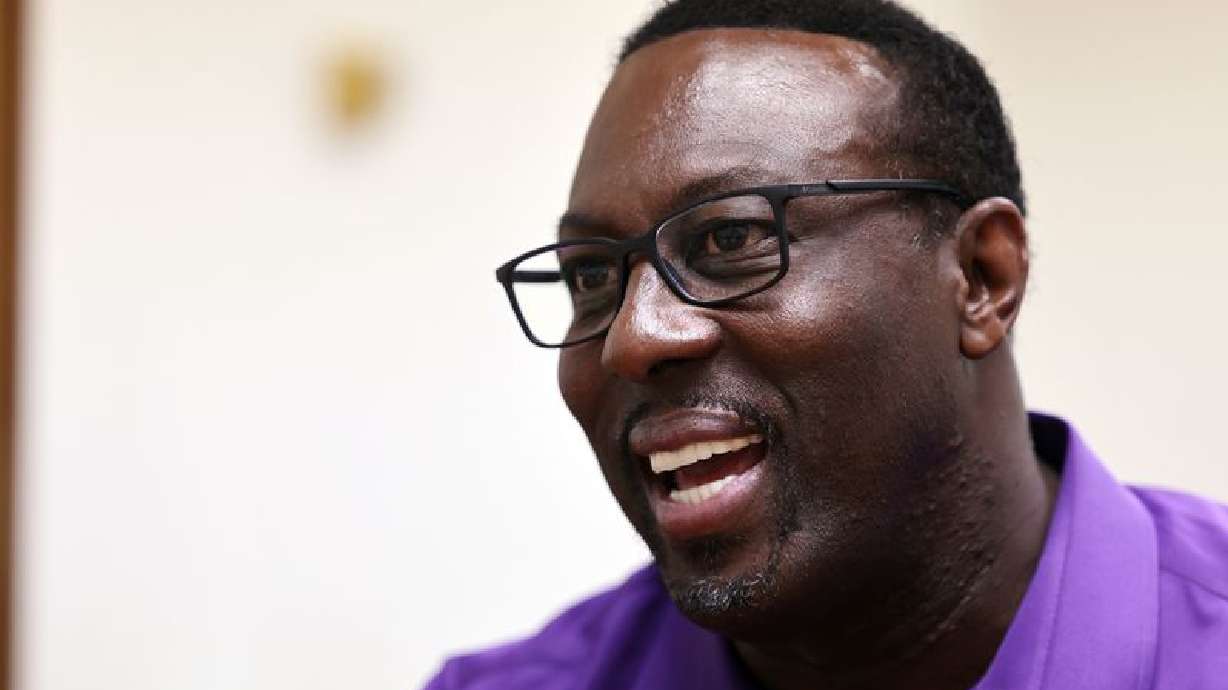 SALT LAKE CITY — A Salt Lake City school board member and former state senator are calling on residents to come to Tuesday’s board meeting in support of Superintendent Timothy Gadson, alleging he was victimized racial harassment and an effort to force him to resign.

The district did not give a reason why Gadson — who has only been in the role for a year — was placed on paid administrative leave last month. The chairman and vice chairman of the board released a statement at the time citing confidentiality.

“While we have heard our community’s desire for more information, the Board is limited in its ability to confirm or deny the accuracy of any information reported due to our commitment to maintaining confidentiality. of our executive closed sessions,” the statement read.

“The systemic racism and the institutional racism that we have within our district, unfortunately, was not ready to receive a black leader who could actually lead a district in a different direction,” Baayd said in an interview with KSL- TV and KSL News Radio.

Baayd, the only board member to come to Gadson’s defence, said the board had received complaints against the superintendent and that he viewed those complaints as racially motivated.

“As a black person, when I hear them, it’s like someone looks at me and says, ‘We can’t accept you for who you are. Your culture, your behavior is not what we are looking for here in our neighborhood, “says Bayd.

Baayd and former state senator James Evans are both asking people to come to the town hall at 6:30 p.m. Tuesday to show their support for Gadson.

“You have an unprofessional board that sides with its friends in administration and undermines the superintendent,” Evans said. “And then the backdrop to that is the racial discrimination component.”

Ahead of Tuesday’s public meeting, the board will hold a closed executive session beginning at 5 p.m.

“Unfortunately, when (Gadson) arrived, the board failed to support him and accomplish the agenda of caring for our students and our families,” Baayd said.

A letter to Evans residents co-signed by local NAACP president Jeanetta Williams alleges that Gadson faced a pressure campaign to have him resign.

“We affirm that the heart of this campaign to expel Dr. Gadson is driven by disgruntled board members who failed to act on the instructions they gave him directly,” the letter reads. “This led to an environment of intimidation, racial harassment, unsubstantiated complaints and secret meetings behind closed doors to expel him without due process and without cause.”

Asked about the letter and the racial harassment allegations, a school district spokesperson declined to comment and referred KSL to the statement released last month.

Below is the full statement from SLC School Board President Melissa Ford and Vice President Nate Salazar, dated July 14:

“We heard this week from esteemed stakeholders regarding their desire for transparency in light of media reports about our superintendent. We appreciate hearing from our community and want to reassure our constituents that this important and sensitive issue is being addressed by the Advice in a manner consistent with state law.To protect everyone’s interests, including those of our employees, we do not comment on personnel matters.

“As a council, we will continue to abide by all laws, including the Open and Public Meetings Act, which governs discussions held in closed executive session. It is unfortunate that a council member knowingly chooses to speak topics that may have been discussed in While we have heard our community’s desire for more information, the Board is limited in its ability to confirm or refute the accuracy of any reported information due to our commitment to maintain the confidentiality of our executive in camera sessions.

“We remain committed to providing our students with the best educational opportunities and are grateful for the continued hard work and dedication of our employees as they prepare for the upcoming school year.”