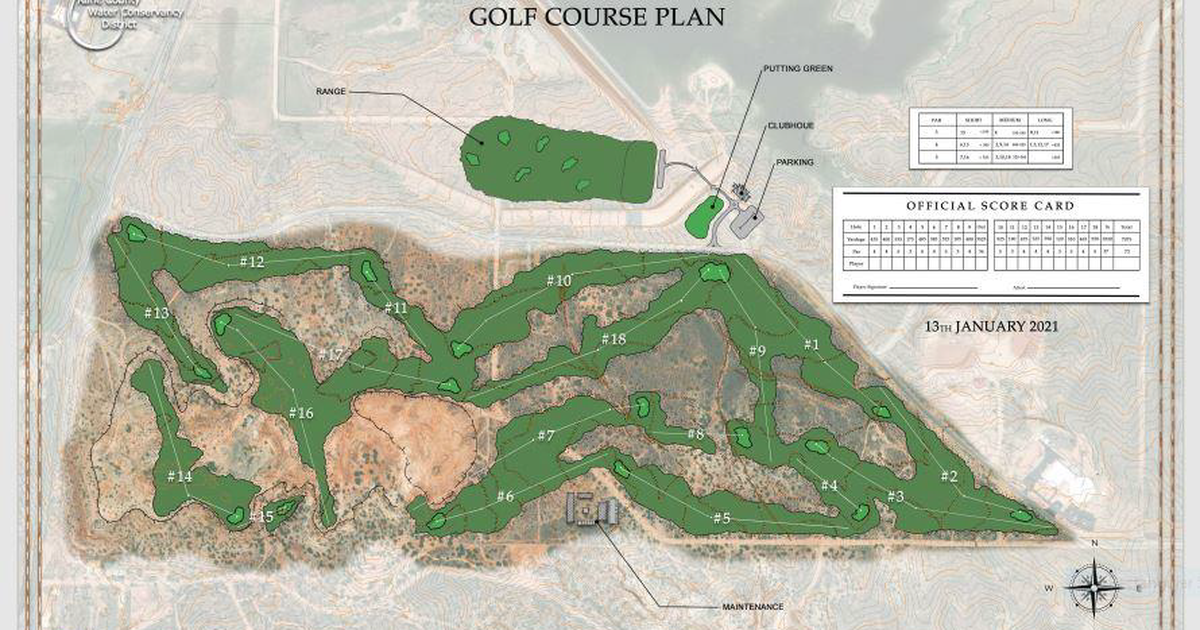 Up to 3.4 million acres, the land trust generated $ 1.96 billion in revenue and established a permanent fund of $ 2.5 billion.

(Rendered courtesy of the Kane County Water Conservation District) A render produced by architect David McLay Kidd provides a preliminary design for an 18-hole luxury golf course project that lawmakers have designed Retirement from Utah Mike Noel is looking to build outside of Kanab.

By the Salt Lake Tribune Editorial Board

When Utah became a state in 1896, it was sent with a dowry from Congress. A checkerboard of square mile plots scattered across the state totaling some 7.4 million acres. These properties were not public lands or reserves in the usual sense of the term, but an endowment to be managed, rented, bartered and sometimes sold for the benefit of a specific set of public institutions, mainly schools.

Back then, doing a land office business – making a lot of money in real estate – was the goal. And very Utah. Preserving all land for the sustainable benefit of the environment was not considered.

In 1994, fears that trust lands had not been well managed led the Utah legislature to create a semi-independent entity called the School & Institutional Trust Lands Administration, known to friends as SITLA. Its mission was to maximize the annual income and the permanent endowment of the fund. Now down to 3.4 million acres, SITLA since its inception has generated $ 1.96 billion in revenue and established a permanent fund of $ 2.5 billion.

It’s awesome. Utah schools need all the financial help they can get. But school budgets aren’t the only thing that should matter – for taxpayers, for the state, for SITLA. It is certainly not the most important thing if you care about future generations of students and the world they will have to live in.

To move forward in a world of climate change, sustainability, and not just profit, must be high on SITLA’s agenda. And the agency has the opportunity to demonstrate how these two objectives are fully compatible, if we take a long enough view.

Take, for example, a proposal that SITLA is now considering leasing some 100 acres in the town of Kanab, half of the land intended for an upscale golf course. The project is to be managed by the Kane County Water Conservation District and funded, at least in part, by the State and Kane County.

Objections to such a plan are obvious and have been voiced by just about everyone who does not work for the Water District, an agency led by former Utah lawmaker Mike Noel. Not everyone in town thinks that a Tony Golf Course catering to a jet-set clientele is likely to be a profitable business, if not profitable, given Kanab’s remote location and less than perfect climate. ‘a complex.

Noel has already secured a $ 10 million loan from the state’s Community Impact Board – despite objections from professional council staff. CIB operates a kitty from mining royalties paid to the state, a fund intended to help make communities dependent on the extractive economy after suffering ecological damage and the boom and bust economic cycles the industry has experienced. of fossil fuels is the heiress.

The argument is that, even if the golf course is not profitable, it would attract businesses to the city’s hotels and restaurants and boost both the private sector economy and the county tax base. Noel says he has an agreement to siphon off part of the tax revenue from Kane County hotels to support the project, although the county says such a deal has not been reached.

Officially, SITLA must weigh Noel’s proposal alongside two other arguments it has for using its Kanab property and decide, at its November 18 meeting, who will likely be the most profitable for the education fund. . From an ethical standpoint, the agency must also consider whether creating a water-hungry attraction in the middle of an arid landscape is something to which it must make its mark.

The best part of Noel is that rural Utah is, and should be, shifting from an economy based on digging to one based on tourism and hospitality. This is a factor SITLA should consider in all of its business and land use decisions as it becomes, like the rest of Utah’s economy, less dependent on oil.

Chances are, SITLA will reject Noel’s plan because it is not economically viable, without even having to move on to environmental sustainability concerns.

What should guide this agency’s thinking, however, is that, in the long run, what’s economically smart and what’s environmentally wise are more of the same than we might have thought.

What is this latest construction in Beachwood?

The fleeing train from the inner port must slow down