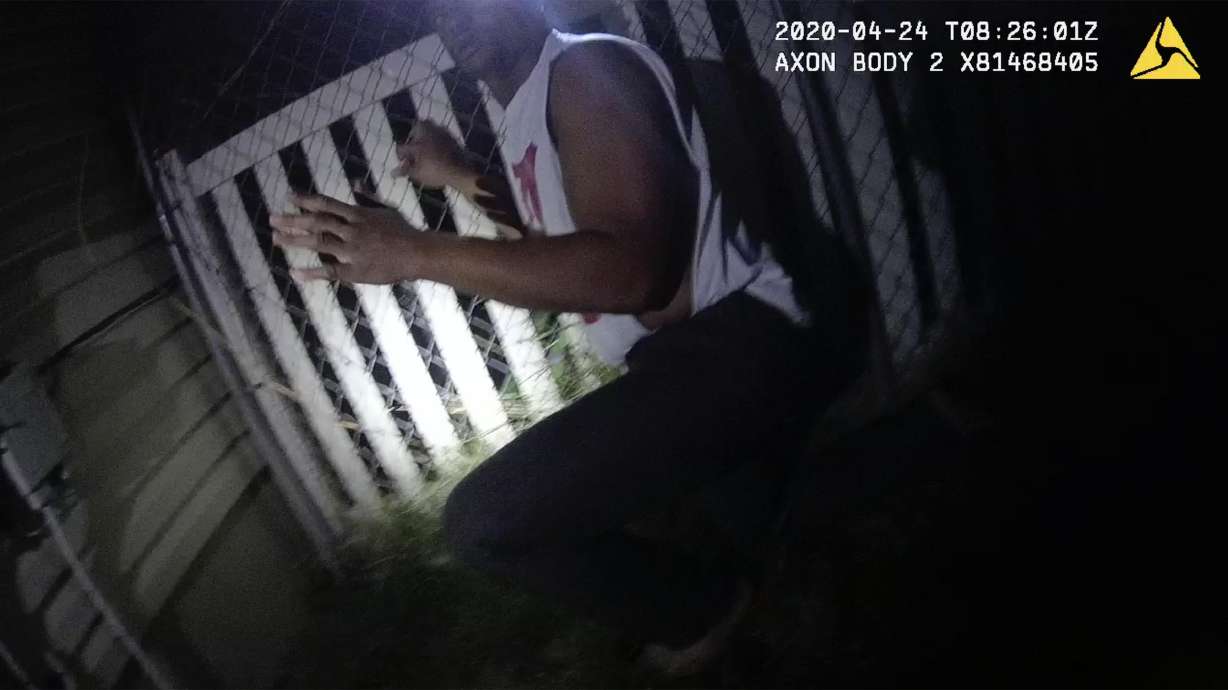 In a lawsuit filed Friday, Salt Lake City resident Jeffrey Ryans alleges the police department and officers deprived him of his constitutional rights when an officer ordered a police dog to bite Ryans while was complying with officers’ orders during an incident on April 24. , 2020.

Ryans was getting ready to leave for work when he opened the back door of his house to let his dog in, according to the lawsuit complaint. Ryans was standing in his backyard when a Salt Lake officer shone a light on him, told him to freeze and show his hands.

Two officers – identified in the lawsuit as Nickolas Pearce and Kevin Jewkes – then circled the house in the backyard, with Pearce’s K-9, Tuco. Pearce ordered Ryans to the ground and Ryans complied, while keeping his hands up, the lawsuit says.

Ryans was face down when the lawsuit says Pearce ordered Tuco to bite Ryans. The lawsuit alleges Pearce’s order came when Ryans was “on the ground, had his hands behind his back and allowed officers to handcuff him.” Pearce continued to allow Tuco to bite Ryans for “some time,” after Ryans was handcuffed, according to the complaint.

The bite would require Ryans to undergo multiple surgeries and a permanent leg injury that “will cause him to walk with a limp for the rest of his life,” the complaint states.

Pearce was charged with aggravated assault in 2021 following the attack. Charging documents in the police officer’s case allege he also kicked Ryans during the incident, and he “praised and encouraged” Tuco as the dog bit Ryans. The same charges state that a wound in Ryans leg was approximately 4 inches wide and 3 inches long, while another was 5 inches long and 1 inch wide.

A lawyer representing Pearce in his criminal case declined to comment on the lawsuit.

News of the incident led the department to suspend the use of K-9 agents when making contact with suspects. Salt Lake City later announced that it had reviewed dog bite incidents dating back to 2018, and the police department would refer 18 different incidents to the Salt Lake County District Attorney’s Office for potential charges. District Attorney Sim Gill told KSL.com on Wednesday his office is still reviewing the cases.

Prosecutors later filed an additional aggravated assault charge against Pearce in May 2021, accusing him of ordering Tuco to attack a woman during a traffic stop. The woman, Nellieana Mafileo Langi, was sitting in her car and had her hands out the window when Pearce allegedly told Tuco to “hit”, causing the dog to bite Langi’s arm and pull down. The bite caused “significant” cuts to his arm which required stitches, according to the charges.

Ryans named Pearce and Jewks as defendants in the lawsuit, along with the Salt Lake City Police Department, Salt Lake City Corporation and five “John Does” who are unknown persons “likely employed” by the city or the police department.

A Salt Lake police spokeswoman declined to comment, saying the case has not yet been decided.

The Salt Lake City Mayor’s Office said in a statement Wednesday, “We have not yet received the complaint, nor have we had an opportunity to review it, and as such, we we have no comments at this time.”

The complaint does not specify the dollar amount of the damages, instead asking a jury to determine the amount. The complaint also seeks a written statement from all defendants that the policies in place regarding the use of K-9 officers are unconstitutional.

No court date for the case, filed in U.S. District Court in Utah, was set Wednesday.