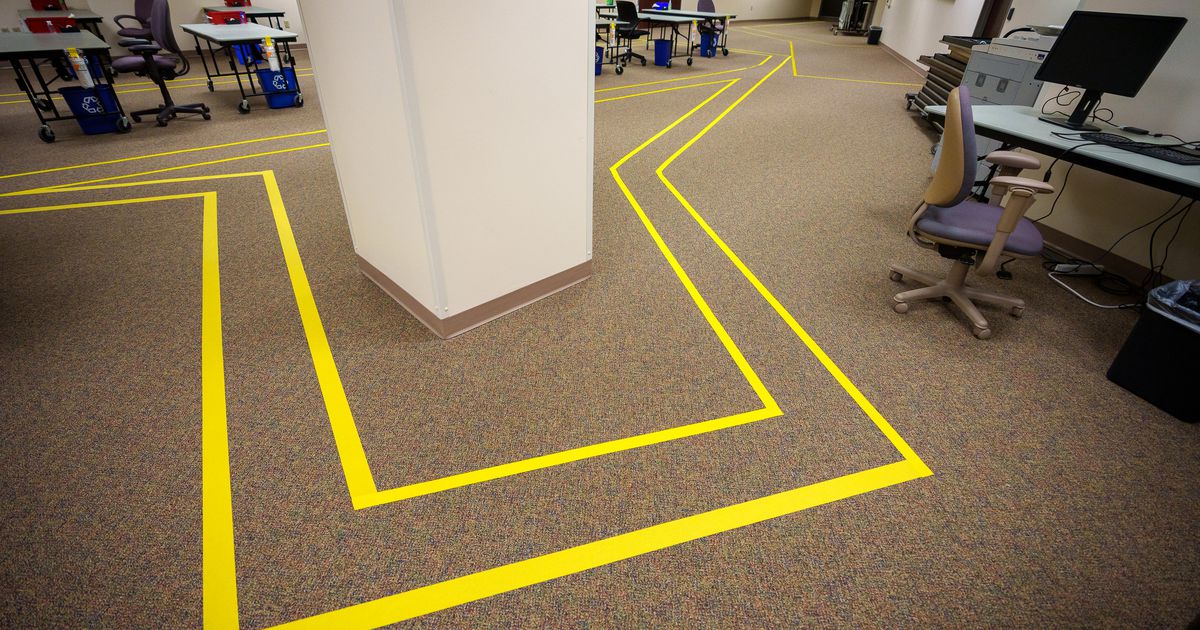 In recent years, the county has staffed its electoral headquarters at the center of county government with an Election Day Sheriff’s Deputy. This year, three deputies will be on site throughout the counting period, which began on Friday.

Longtime county clerk Sherrie Swensen, overseeing its final election, said the move was not so much a response to the heated political climate, with election officials across the country facing increased scrutiny and threats. . This is more a reaction to a provision in HB387, which grants observers the right to be no more than 6 feet from election processes.

“We have a lot of things going on, and in order to make sure the poll watchers can see all of our processes and not be more than 6 feet away, and to secure our ballots,” Swensen said, “it’s necessary to have more security.

Prior to the new law, the county had more control over the location of observers at the election processing center at 2001 S. State St. in Salt Lake City. Now, Swensen said, they will essentially be able to walk around the electoral center.

The ballot counting seat will be marked with yellow tape to show poll watchers where they are allowed to stand, an area Swensen dubs the “yellow brick road”. She said space in the center is limited when dozens of workers come to count votes.

Swensen said she tried to bring her concerns to lawmakers during the legislative session, but those efforts were unsuccessful.

The increased security will only apply to the counting center of the Election Management Center. Swensen said police in local jurisdictions are aware of the 42 polling locations, but individual polling centers may not have security personnel. This year’s election will be conducted primarily by mail.

Swensen said the county did not need additional security during the June primary because the ballot counting operation took up less space.

The outgoing clerk said she and her staff are preparing to welcome more observers this year, but noted that she could not predict how many, as any registered voter can show up after going through a registration process.

What the parties plan to do

With this additional access, what do the main political parties plan to do?

Utah Democratic Party spokesman Ben Anderson said his party usually has at least one person watching the count. The party has no plans to encourage more people to register to observe.

Utah GOP Chairman Carson Jorgensen said the state party will have poll watchers, but does not actively recruit members or the general public to observe poll workers.

Jorgensen said it was a good idea to have security watching the processing center.

“You never want questions in the election,” he said, “especially when it comes to the climax we’ve reached so far.”

For his part, Salt Lake County GOP Chairman Chris Null does not accept the county’s explanation for needing more security.

He said he was unaware the county had ever had a problem with a poll watcher and that the party tells its members to be respectful of workers and not to get in the way.

His party’s intention, he said, is to help its members and the public feel confident in the process.

Null said the county’s Republican Party sent a handful of people to the county government center to watch the count in 2020. They were confined to a limited area, he said, and unable to see most of the process.

During the June primary, he said, the party had a total of about 20 people working as poll watchers in rotation of two observers at a time.

This year, County Republicans plan to have no more than four observers at a time to watch the vote tally, but Null expects the party to not get even that many attendees. “We might have one or two there at a time.”

“Our strategy will continue to be organization and prospecting on the ground until the last hour,” she said, “without any amplification of our observation of the polls.”

Utah County has stepped up security efforts around the election in general in response to heightened public concern, but officials say traditional levels of security around ballot processing should be sufficient.

Davis County has no plans to increase security where it processes votes.