Salt Lake City’s policing plans do not address the root causes of crime. 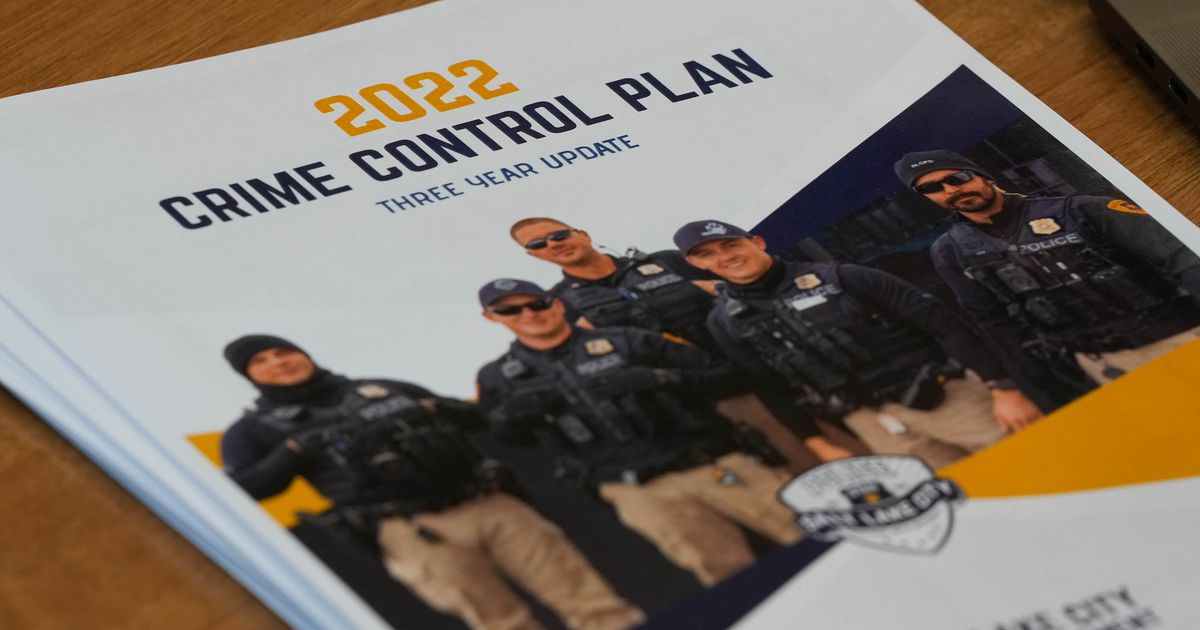 Salt Lake City’s policing plans do not address the root causes of crime.

I recently read about Salt Lake City’s ‘new’ strategy to reduce violent crime in our streets. Police Chief Mike Brown called the approach of sending more officers to crime-prone areas the most innovative he had seen in his 30-year career.

The approach is as old as policing itself, going by various names such as ‘cops on dots’, ‘CompStat’ or Rudy Giuliani’s ‘broken windows’. What was never called community policing, human-centered or long-term success. This approach leads to increased racial disparity and generational poverty, two critical issues at the root of the policing crisis we face today.

These old policing approaches inevitably result in more black, brown, poor, homeless, and marginalized people being harassed and arrested for low-level, non-violent crimes. Does it make us safer? Is the community better? Are the fundamental long-term problems resolved?

Or are Brown and Mayor Erin Mendenhall just trying to present old, tired systems that have failed time and time again as innovation because they have no real blueprint to offer. I’m tired of their cute unit photo ops and serious press conferences which are the best they have to offer our capital when it comes to law enforcement and leadership.

The Mayor of Salt Lake City will support community-based, progressive and innovative processes. Please give us the specialized talent and leadership we deserve.

The program described by Mendenhall and Brown does not take into account factors that are a higher predictor of crime, including the economy, access to education and medical care. Failure to meet the underlying needs of a home, job, food, and health care results in disorder. These tactics also create distrust of the police among targeted and ultimately abused communities.

Violent crime in our capital has increased by 20% over the past two years, but Mendenhall and Brown have chosen to continue twisting that data to make it much better than it is. In the same report cited by Mendenhall and Brown that they use to try to convince us that violent crime has declined over the past year, the study authors, from the University of Texas at San Antonio, specifically noted that “when If they look at crime statistics over a longer period of time, Street crime has increased by about 20% over the past two years in Salt Lake City.

The authors also noted that violent street crimes “did not include family-related offenses or sexual assaults.” A report by the Utah Women & Leadership Project released this month shows that Utah has higher rape rates than the national average, ranking Utah ninth in the nation for the number of rapes per capita.

We must do better. We cannot continue to set below-average measurement targets. The mayor and the leader need to stop trying to convince the Salt Lakers that the only time leaders can lead is when things aren’t so tough. Leaders don’t make excuses; they have the discipline and creativity to solve problems and get things done for the people they serve.

Promises of a better tomorrow will not come true unless we start leading today. It’s time for the mayor to hire a police chief who will lead the department, not just follow the politicians. Mayor Mendenhall, it’s time to start leading. It’s time you gave us a leader who wants to lead and has the ability to lead.

David Ibarra is a leadership consultant, entrepreneur, speaker, and author with a background in the hospitality, automotive, and talent development industries. He lives and works in downtown Salt Lake City.

Vancouver’s chance to host the 2030 Winter Olympics is fading