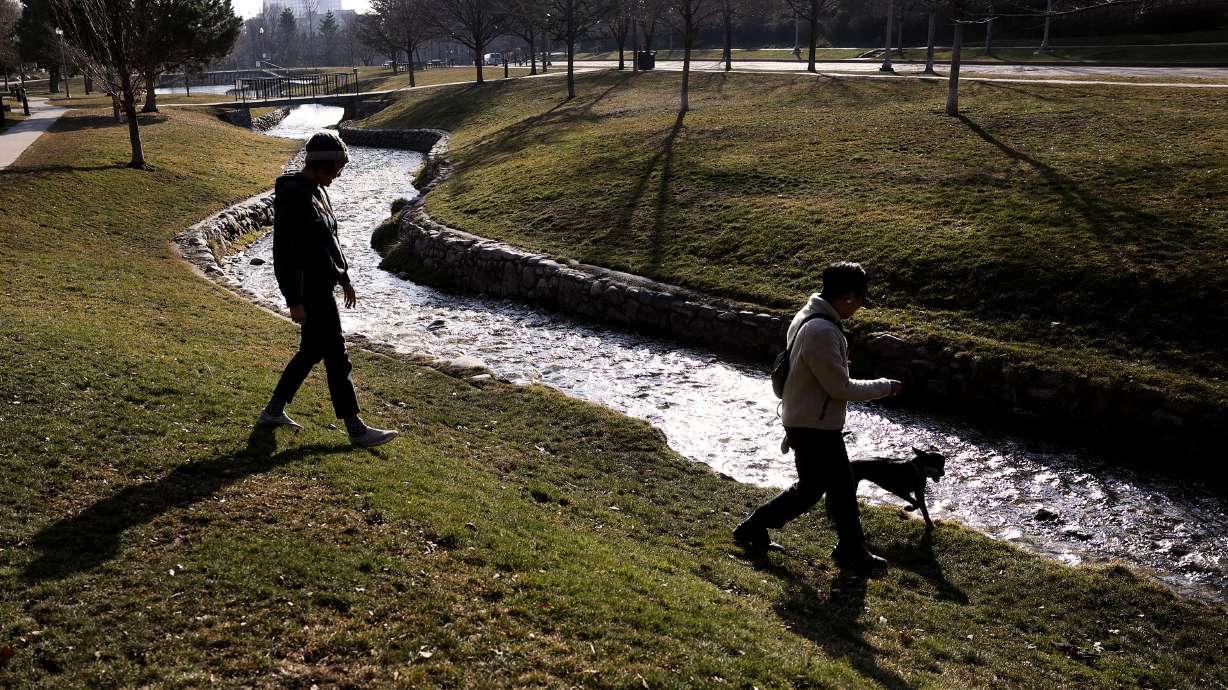 SALT LAKE CITY — Utah’s capital will start the irrigation year where it left off last year in terms of water restrictions.

Salt Lake City officials announced Tuesday that it will remain in Stage 2 of its five-step water shortage contingency plan, citing current supply levels, stream flows and water demand. The city reached this phase last year for what was then the first time since 2004.

“Studies and forecasts that I have been following closely point to a season of higher temperatures and lower precipitation,” Laura Briefer, director of the Salt Lake City Department of Utilities, said in a statement on Tuesday. “The entire state of Utah remains in severe or extreme drought. Soil moisture is slightly better than last year, but snowpack is below normal. As a result, all projections of throughput are below average.”

Utah’s storage reservoir is at about 56% statewide capacity, according to the Utah Department of Natural Resources. In the Utah Lake Basin, which includes Salt Lake City’s water sources, reservoirs are collectively at 61% capacity. Salt Lake City relies on the Deer Creek Reservoir, especially during drought years and when it has to meet summer demand – it is 84% ​​capacity.

Statewide levels rose as part of the snowpack melted earlier than usual, peaking on March 22. But this year’s snowpack is expected to be below normal, even with this week’s storms, which is concerning.

“We can’t wait until later in the season to be proactive on water conservation. We need to make changes today,” added Salt Lake City Mayor Erin Mendenhall.

Salt Lake City provides water not only for itself, but also for Millcreek and Cottonwood Heights, as well as parts of Holladay, Murray, Midvale, and portions of unincorporated territory in Salt Lake County. The second stage of the plan involves voluntary actions for residents, while municipal and government facilities will be tasked with reducing watering.

The city only reached the second phase of the plan at the end of May last year. However, city officials said people rallied when it happened. About 2 billion gallons were saved from cuts last year, which is roughly equivalent to filling the Mountain Dell tank more than twice.

“Last year, our residents and business owners were incredible partners in reducing water use in the city and throughout the valley, and I’m confident they’ll be showing up again this year to help conserve this valuable resource,” Mendenhall said.

The city’s announcement came as Salt Lake County leaders received an update on new state water laws in the state during the second class of a summit on the four-part water. The first segment of the summit focused on the state of the snowpack in Salt Lake County.

Most of the laws impacting the county this year are changes to landscaping regulations, opening the door to more xeriscaping. There are goals to reduce water use at state facilities, which Salt Lake County’s sustainability manager Michael Shea says might be a good model for the county to use.

He added that there is hope that improving secondary water metering will help the state better track all water uses.

“It was truly one of the strongest (legislative sessions) for water conservation – truly, water conservation has never been more important than it was (this year),” he declared. “We will continue to monitor the drought and snowfall levels… (but) this, most likely, is going to be an ongoing issue and is something we will have to come back to if drought conditions continue the year after. a year.”

If conditions worsen, Shea added that governments may have to make “difficult decisions” to conserve water in the future.

As for decisions now, Martin Jensen, the director of the county’s parks and recreation division, said his division is investing in the issue because it’s a heavy user of water. The department’s goal is to find a balance between consumption and what people expect from public spaces.

They began scouring all county-run parks to assess old leaky pipes that can be replaced, and they looked for ways to reduce water usage and find areas where vegetation may become dormant, a Jensen said. He added that five of the county’s six golf courses are currently using secondary water sources to reduce water, while the process is underway for a sixth.

This is probably just the start.

“We’ve been paying attention to this for years and will continue to focus on this and try best practices and ways to conserve,” he said. “We know that water is a precious resource. We also know that parks, green spaces and open spaces improve our lives.”

Idaho is better than Utah because these people can’t drive