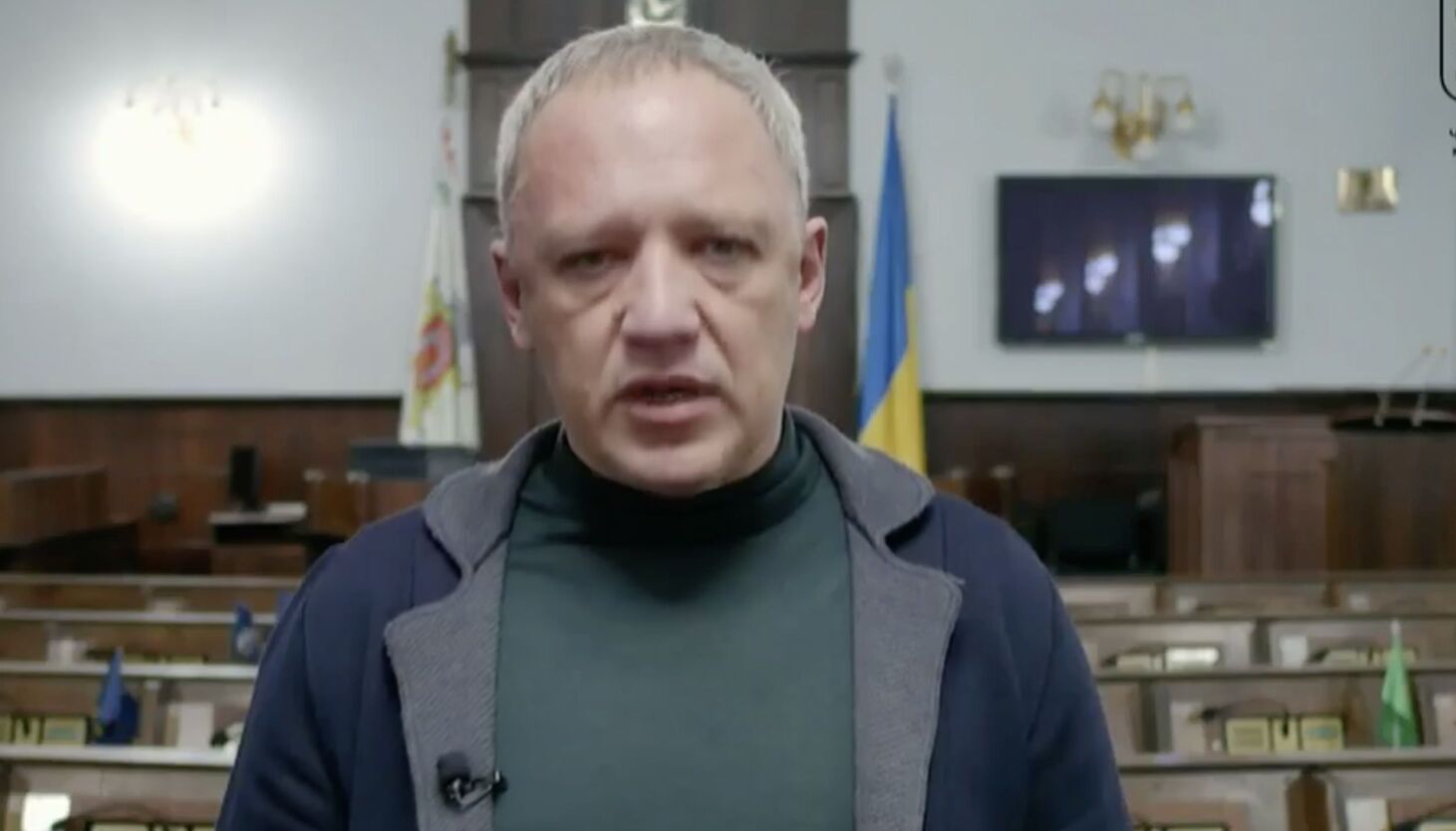 As the violence and destruction amid Russia’s invasion of Ukraine continues, members of the Salt Lake City Council nearly cried Tuesday watching a video update from their sister city’s mayor in Ukraine.

Roman Klichuk, the mayor of Chernivtsi, a tourist-heavy town of more than 250,000 people on the country’s western border, appeared stern in the two-minute video as he described events unfolding across the country. But he is grateful for the support the country receives from around the world, including Salt Lake City.

“We have united and everyone is contributing to the common battle for freedom, not only in Ukraine but throughout Europe. And in this war we are not alone,” Klichuk said in the video to the leaders of Salt Lake City. “Therefore, we are sincerely grateful to each of you for your support and help. … Your support gives us confidence today, and official cooperation is the promise of a better tomorrow.”

The two sides came into contact over the weekend, when Salt Lake City Councilman Alejandro Puy reached out. When the fighting broke out, he wanted to know if there was a link between the city and a Ukrainian municipality – and if there were ways to help.

To his surprise, he noticed a few days ago that Salt Lake City and Chernivtsi became sisters in 1989, through the organization Sister Cities International. The two cities have stayed in touch at times over the past 33 years, including representatives from both cities visiting the other side shortly after signing the charter.

This relationship has created financial support in the past. Utah leaders and The Church of Jesus Christ of Latter-day Saints would continue to send financial support and humanitarian aid to the city, especially in the years following the Chernobyl disaster, as it had affected children in Chernivtsi, Puy explained.

“The ties between these two cities run very deep, they run very deep,” he said. “After 33 years, I believe they are still there.”

Despite the ties, they had fallen out of touch for some time. Puy explained that he didn’t want to check in because of politics or something. He just wanted to register “as a human”, specifically as a representative of a sister city.

Given the time that elapsed between contacts, he added that the Chernivtsi municipal government was about as surprised to hear from him as when it found out about the connection.

Sister cities are far from the minds of Klichuk or anyone else from Chernivtsi. Given its location, it’s not the center of many attacks so far, but it’s where tens of thousands of families have fled before crossing the western border into other countries, according to news reports. of recent weeks. Turkey has even moved its embassy from kyiv to Chernivtsi as the conflict continues.

As Klichuk said, Chernivtsi is “almost one of the few cities in Ukraine that has not suffered from Russian occupiers” to this day. As such, it became a “huge volunteer hub” for families fleeing the carnage.

In his video to the Salt Lake City Council, Klichuk cut to the chase, letting Salt Lake leaders know how their sister city is doing amid the invasion.

“The war has come to our homes. … The big cities of the country are now devastated,” he said. “The occupiers stop at nothing: they strike schools, nurseries and even hospitals. This war has no rules.”

While the scene is difficult, he remains optimistic about the future, which he says will remain “free”. Klichuk added that everyone in Ukraine has found a way to help, whether by destroying war material or breaking up misinformation being spread online.

“Every Ukrainian has become a defender of their land. Those people who have lived abroad for a long time come back to defend Ukraine,” he continued. “People are stopping the columns of the Russian occupiers just with flags and singing the anthem.”

The Ukrainian mayor concluded his message by hoping that one day Chernivtsi and Ukraine can quickly end the fighting and return to the nation it was before the invasion. He added that it will likely require help and assistance from around the world, but also from communities like its sister, Salt Lake City.

“We want to become a comfortable European city again with a rich history,” he said. “Glory to Ukraine! Glory to the heroes! Thank you!”

Since the invasion began last month, thousands of Utahns have participated in protests and vigils in a bid to show solidarity with those affected in Ukraine. The Utah State Capitol and the Walker Center in Salt Lake City are among the buildings in Utah that have been illuminated in the colors of the Ukrainian flag.

They have also created charitable funds or made donations to causes that help Ukraine.

The Salt Lake City government is still determining what is needed and how the city can provide the necessary supplies, according to Rachel Otto, chief of staff for the Salt Lake City Mayor’s Office.

At this point, she thinks the most productive thing is to donate money to approved local, national and global organizations that are already doing the work to get supplies to Ukraine, given the difficulty of transporting supplies. by air at the moment.

But it was clear that Klichuk’s message resonated with the board on Tuesday. Council President Dan Dugan began to choke shortly after the video ended, and as he reflected on his experience in Ukraine on a peace program two decades ago.

“I know they are proud, they are resilient, they are strong and (have) big hearts, so we are with you in these troubled times,” he said. “Stay strong, keep the faith.”

He said Tuesday he couldn’t imagine what it was like trying to run a city during a crisis like the one Chernivtsi is going through right now, between accepting tens of thousands of people at a time while doing facing the threat of future destruction.

“They are fighting for their (life),” Puy said. “I hope that many people in our city can support the people of (Chernivtsi), with whom we have such a close relationship.”

Guest Opinion: In a world of stubborn never-Trumpers, Evan McMullin is always wrong for Utah