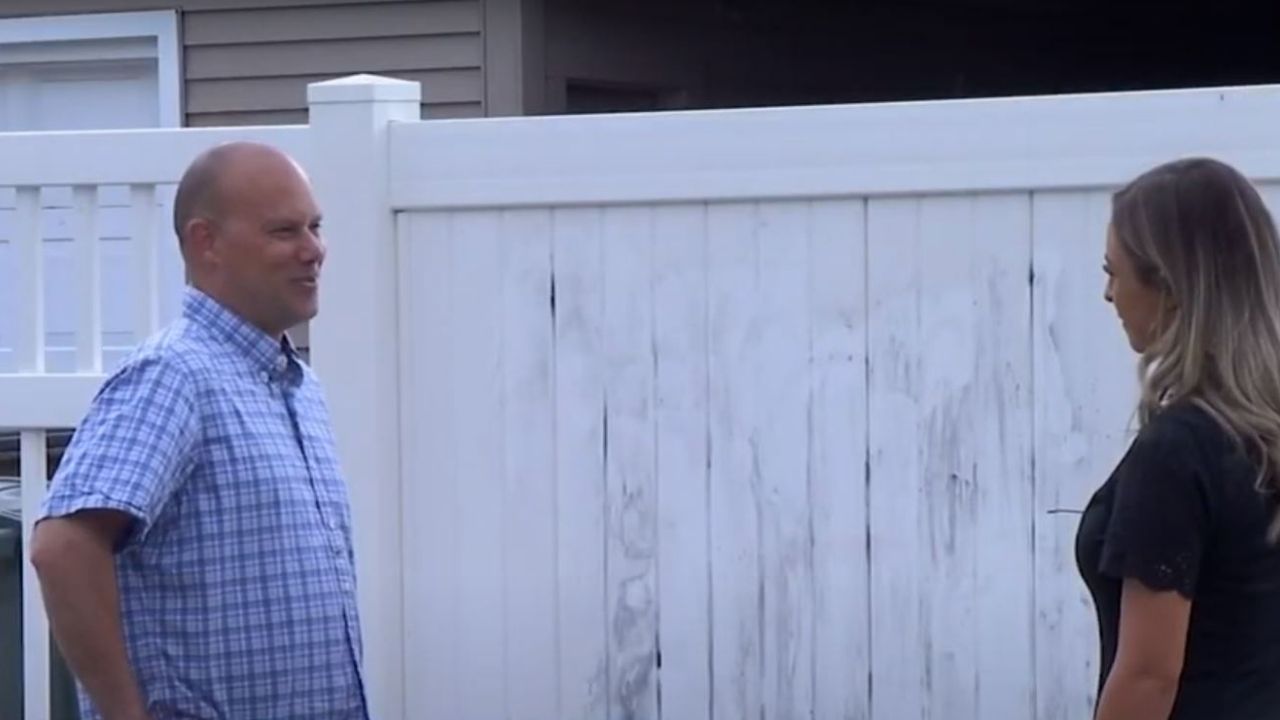 Swaby believes he is being targeted for comments he made at a city council meeting regarding police funding and developments in the neighborhood.

â€œTry to explain to a six-year-old why your house is painted overnight,â€ Swaby said.

Swaby told ABC4 he was under attack for having opinions different from others.

â€œI went to take my daughter to Lagoon for her birthday yesterday morning and when I stepped back, on the fence there were two spray painted slogans with my name on it,â€ Swaby said.

Graffiti claiming he is racist and “hates the poor” covered his fence Sunday morning.

â€œFor someone to tell me something like thatâ€¦ has no basis in reality,â€ Swaby said.

The graffiti comes just a day after he claims to have found a tire on his lawn.

â€œThey absolutely do not want me to be elected to city council. They think I’m a developer, I’m notâ€¦ I’m a real estate agent, â€Swaby said.

Swaby is running for a seat on Salt Lake City Council. However, he said he was harassed because of what he said at city council meetings recently.

“One of the comments I made to the planning committee was that I wish it was a ‘for sale’ project instead of all these rentals that are hurting a lot of people in Salt Lake City.” , Swaby said.

He also says his take on police funding adds fuel to the fire.

â€œThat was about a month ago when Salt Lake City was considering side hiring for its budget and I spoke up for that. I think Salt Lake City needs more cops, not fewer cops, â€Swaby said.

Swaby did not want to name the group he says is behind the vandalism.

â€œThey are definitely part of the free speech ecosystem. But when you go from an organized protest to graffiti on the house of someone you don’t agree with, I think you’ve crossed the line, â€Swaby said.

Although he fears being targeted again, he has said he will not back down.

â€œIt’s not going to work. I’m not going to stop running for District Two because of the paint on my fence,â€ Swaby said.