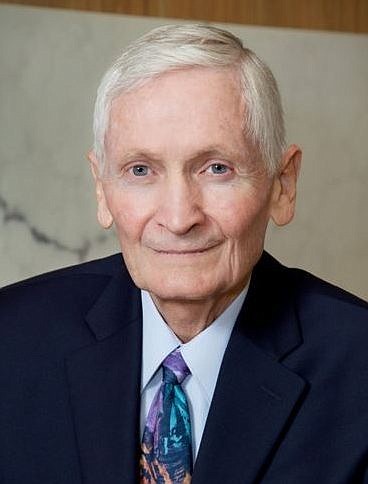 It may seem out of place for one attorney general candidate’s treasurer to compliment the other candidate, but water law and policy are so vital to Idaho’s future that a compliment must be paid. when it is in order. There should be no room for politics when it comes to Idaho’s water. Raul Labrador is to be commended for participating in a water tour conducted by the Idaho Water Users Association in southwestern Idaho on August 24. He reportedly rode in a van with Ammon Bundy and several other political candidates to learn about canals, sewage treatment and topics on a seven-hour tour of Ada and Canyon counties.

Water Users, who is a preeminent advocate for sound water policy in Idaho, is to be commended for acquainting politicians with the basics of this very important issue. Candidates are to be commended for wanting to learn more about the importance of water to Idaho.

It took me decades to learn the ins and outs of water legislation and policy and I do not claim to be any expert. As Attorney General in the 1980s, I fought a years-long battle with Idaho Power for control of the Snake River that involved skirmishes in the Idaho courts and legislature, federal agencies and in the US Congress. Former Governor John Evans and I were able to reach a favorable settlement that required a ruling on all water rights in the Snake River Basin, which protected individual water rights and prevented encroachment from outside interests.

My favorite AG candidate, Tom Arkoosh, has spent decades practicing water law. He is dedicated to helping resolve competing claims to this valuable resource to meet the needs of farmers, ranchers, businesses and communities. Just this week, Tom lambasted the federal government for trying to circumvent Idaho water laws relating to water use rights on federal pastures. He strongly supports the proposition that water rights in our state should be controlled by state law and decided by state courts. He would certainly encourage his opponent to join him in this federal-state fight.

We both encourage Mr. Labrador to pursue his water studies, but we offer valuable advice. Ignore suggestions from our sister states on how best to manage Idaho’s water. Following his water tour, Labrador told his Facebook followers that they “want an Attorney General who will stand up for our water rights and develop sensible policies with our sister states to make sure we have the resources necessary for sustained economic growth”.

I spent a lot of time as Attorney General fighting the determined efforts of our beloved sister states to get their hands on Idaho’s precious water. If a sister state comes up with a “sense” policy that it says will ensure growth in Idaho, the best response is to run the other way as fast as you can. Every state bordering Idaho would like to have water from Idaho to support the growth of its own economy.

There are rules in place to prevent Wyoming and Utah from encroaching on Idaho’s water, but that doesn’t mean they wouldn’t try to get some of our water. Utah would like to take over as much of Bear River as humanly possible, and it has taken steps in that direction. During my tenure as AG, Washington and Oregon used a number of federal laws to try to open the flow of the Snake River for the benefit of their own people. Nor would I trust the state of Nevada, with its growing thirst for water.

It takes a beginner a while to master a complicated new problem, but you have to give a beginner credit for trying. As the campaign progresses, we can all repeat the mantra to Mr. Labrador: “Don’t trust our sister states with Idaho water, because once they get it, they won’t give it back.”

Jim Jones is a Vietnam veteran who served eight years as Idaho Attorney General and 12 years as an Idaho Supreme Court Justice. He is treasurer of the Arkoosh campaign.