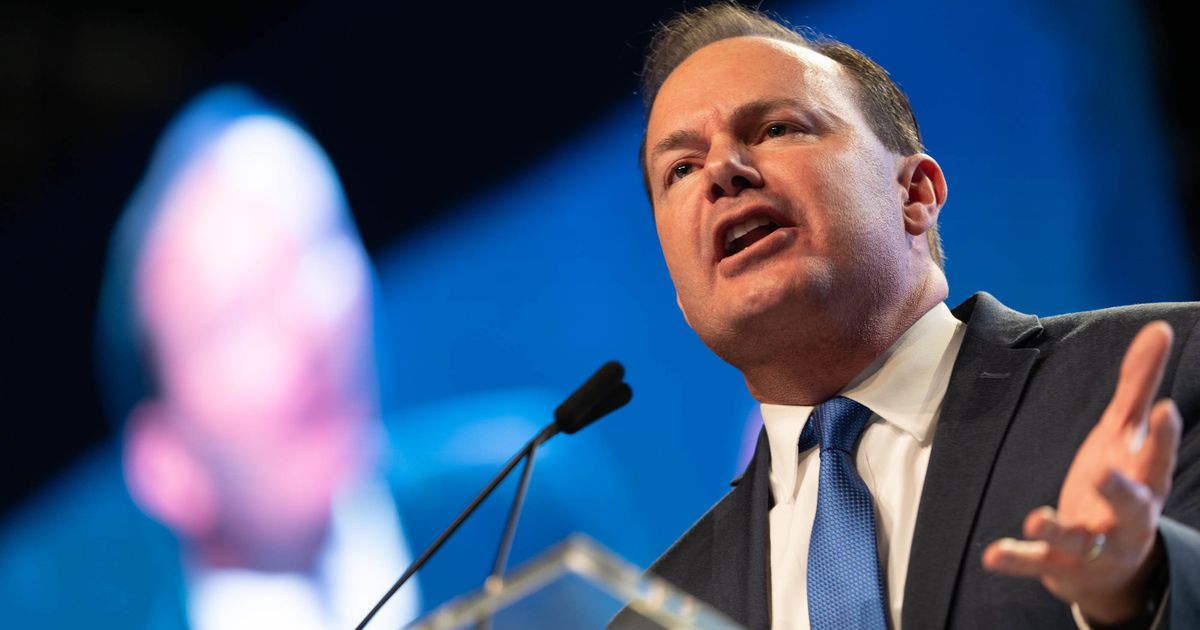 (Francisco Kjolseth | The Salt Lake Tribune) Senator Mike Lee speaks with delegates attending the 2021 Utah Republican Party organizing convention at the Maverik Center in West Valley City on Saturday, May 1, 2021, as ‘They are returning to an in-person format after the pandemic forced the naming convention to go live last year.

By Darin Bushman | The public forum

In her editorial on public lands, Salt Lake County Democrat Suzanne Harrison distorts both Senator Lee and his laws on public lands. As an elected official who lives, works and serves the Utahns in a rural area, I am disappointed to see another elected official not only denigrate our US Senator, but distort his legislation, the Protect Utah’s Rural Economy Act.

Representative Harrison’s worn talking points generated by the east coast on public lands are not moot to me. They are real. I have seen, with my own eyes, how the abuse of the Antiquities Law by former presidents has reduced the budgets of our cities and counties, putting enormous stress on our local communities. Almost always, this stress is the result of presidential action occurring without ever consulting those who would be most directly affected by the action.

Utah not only has amazing historical artifacts that we all want to preserve, it is full of amazing scenery. Surely no one wants these landscapes more protected than those of us who live both in and beside these beautiful lands. However, the former presidents closed millions of acres of land – far beyond what the law had ever intended to do – on the simple “recommendation” of interest groups and unelected bureaucrats living in the thousands of people. kilometers away. These lands may be their occasional playground, but they are also our home. Senator Lee understands this, which is why his legislation would require the federal government to simply work with locally elected officials as part of this process. As a local elected official herself, I think Representative Harrison would support a process that solicits input from local elected officials, rather than denigrating our US Senator for creating such a process.