Representative Christiansen, who lobbied for an election audit, suddenly leaves the Utah legislature 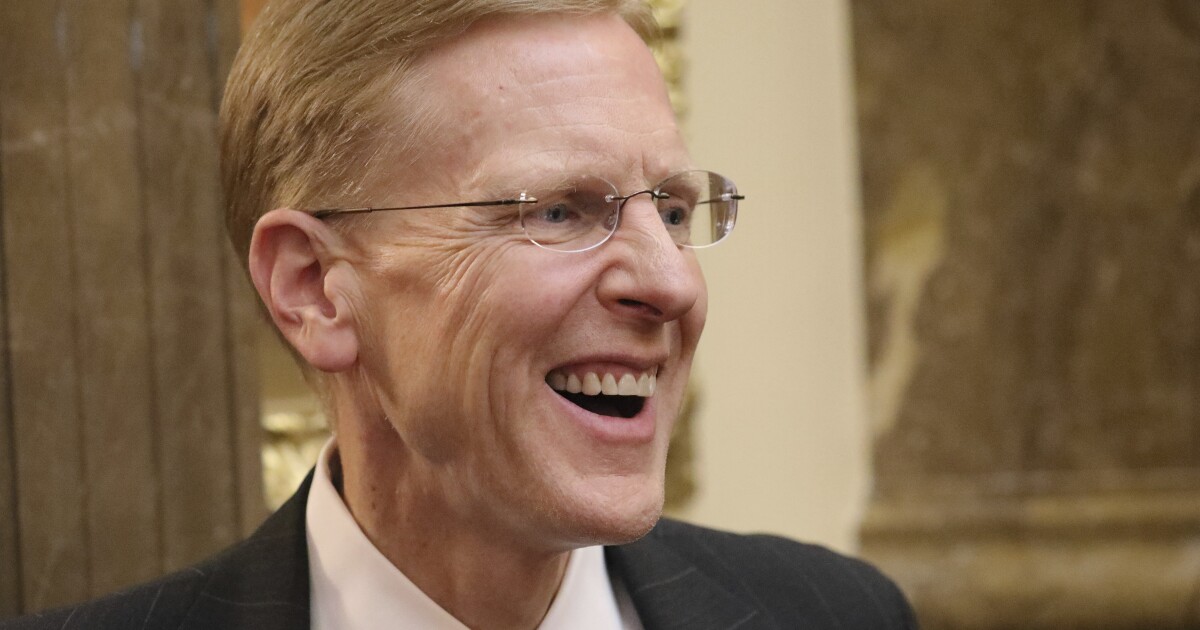 SALT LAKE CITY – Representative Stephen Christiansen, who requested an audit of the 2020 elections in a state that went to President Donald Trump, has suddenly left the Utah state legislature.

“It is with very mixed emotions that I announce my resignation from the Utah House of Representatives. The past two years have been extremely informative and educational,” he said in a letter sent Wednesday night to Speaker of the House, Brad Wilson.

Christiansen Representative R-West Jordan cited attacks on his family as the reason for his resignation, defending his conservative political views.

â€œMy time in the legislature has increasingly been spent pushing back against government excesses, excessive spending growth, policies that limit freedoms and liberty, and anything that weakens faith, families, sanctity. of life and the sacred rights with which we have been blessed. . I have tried to do this in a respectful, professional, factual, yet clear and passionate manner. Although I unfortunately expected to be personally slandered and ridiculed as a public servant, I did not expect to see individuals attacking my wife when they have, nor to see the significance of the impact of these attacks on her and our family. Mainly for this reason, it became necessary to â€œtake a break,â€ he wrote.

“We are in the midst of a constitutional crisis of epic proportions and there is much to do! The day may come when I will return to the public arena. Until then, however, I plan to maintain a strong voice for freedom. and freedom and remain engaged in the battle to ensure electoral integrity, medical freedom and the protection of families.I will also continue to teach the importance of our Constitution and the need to uphold constitutional principles through [sic] presentations statewide, as I have done for the past six months. “

“So I think it is best to withdraw from the Church to avoid potential misunderstandings. I think this will help the Church to preserve its long-standing position of political neutrality in party politics,” a- he writes. â€œThe decision to leave Church employment is up to me. I appreciate the support I felt for my desire to serve as an elected official. I have never been pressured to vote in one way or another.

Rep. Christiansen sparked controversy recently when he called for an audit of the 2020 elections, acknowledging to the Utah State Legislature’s Interim Judicial Committee that it had no evidence of fraud. He recently suggested he would introduce legislation to make changes to Utah’s successful mail-in voting system and has also faced pushback to Capitol Hill for anti-abortion bills he executed.

In a statement, the House majority caucus said “we wish him the best in his future endeavors.” A spokesperson for President Wilson said he had no further comment on Representative Christiansen’s resignation. The Salt Lake County Republican Party will choose a replacement.

The Utah Democratic Party condemned the attacks on Representative Christiansen’s family, but said it was happy he was gone.

“Utah Democrats unequivocally condemn attacks on the families of elected officials. However, Representative Christiansen has made a name for himself in our state and nationally as a peddler of dangerous conspiracy theories. By aligning closely with the insurgents who sought to destroy our system of government and our way of life, Representative Christiansen endangered our state, our nation and our democratic ideals, â€the party said in a statement Thursday evening.

â€œHis loss of the legislature is a victory and a gain for democracy, our common sense of patriotism and for our nation as a whole. The fewer elected like Christiansen in legislatures nationwide, the more our children. are safe from a future of authoritarianism. “

Representative Christiansen is the second lawmaker to resign this week. House Majority Leader Francis Gibson, R-Mapleton, announced his resignation citing work pressures and a desire to spend more time with his family.

UTA On Demand is coming to Salt Lake City