Redistricting in Utah: Lawmakers make no promises for independent cards 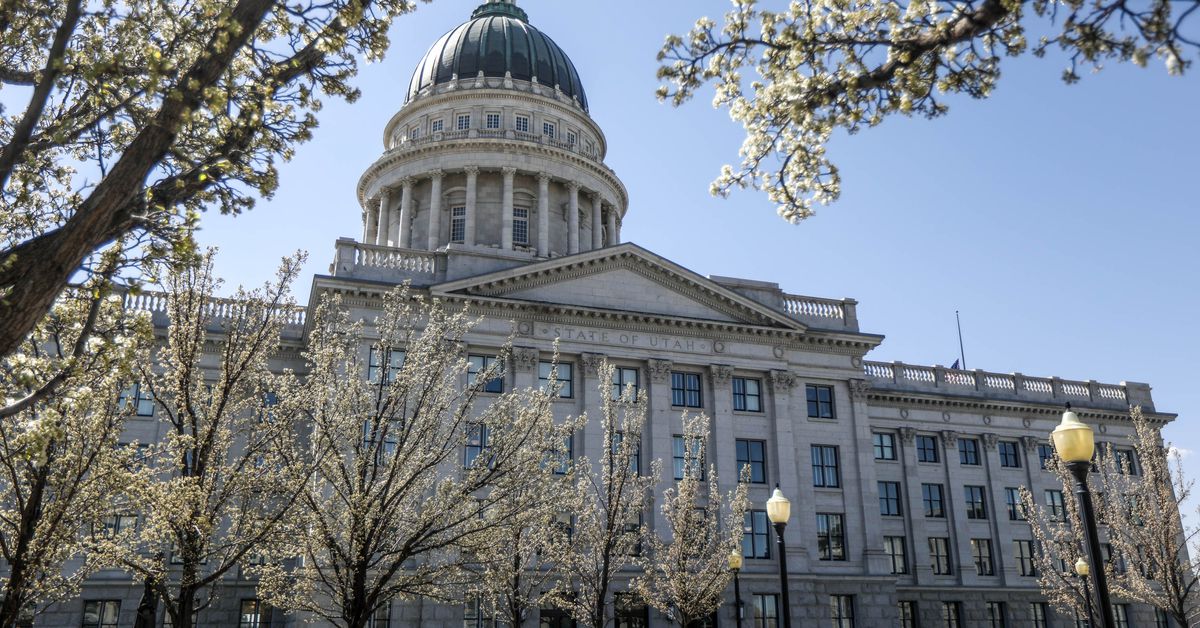 Utah’s controversial and condensed redistribution process is about to come to a head.

In a few days, the lawmakers leading the Utah Legislative Redistribution Committee aim to have a set of cards they will be ready to bring to their committee and then to the entire Utah legislature. . In just a week, members of the Legislative Redistribution Committee are expected to meet once again to finalize their maps, just a day before November 9, the date they already have on their calendar for when the legislature meets in extraordinary session to vote on the cards.

Davis’ comments came near the end of an almost four-hour committee hearing, at which about 150 Utahns showed up to listen to members of a separate body – the Utah Independent Redistribution Commission – showcase the product of their work after spending hundreds of hours traveling. the state to hear the Utahns’ wishes and live stream their map design on YouTube as they seek to redraw Utah’s political districts in a process that only happens every 10 years.

Another state in the West of the Mountain that has an advisory board, the Utah Independent Redistribution Commission has also selected which maps it will be proposing to the state legislature and we have notes!

The independent commission, which sought to protect itself from influence or partisan data, came up with 12 proposed maps – three for each of the boundaries of Congress, State House, Senate, and the School Board of the Utah.

“I want to be very clear,” independent commission chairman Rex Facer told lawmakers. â€œWe did not use partisan political data in drafting our maps. Our cards have been extensively reviewed by national experts and they were identified as fair cards (based on) our criteria. ”

Throughout the meeting, members of the Utah Independent Redistricting Commission explained in detail the methods they used to draft their maps and answered questions from lawmakers before an overwhelming majority of speakers urged lawmakers to choose from independent commission maps, praising transparency and the data-driven process.

But the Legislative Redistribution Committee does not have to adopt the independent commission’s maps. The chairmen of the committee told reporters after Monday’s meeting that they would take the committee’s proposals “into consideration”, but they made no promises.

“That’s what we’ve been saying from the start,” said Senator Scott Sandall, R-Tremonton. â€œWe will examine them carefully. We’re going to overlay a lot of our data on it. We’ll see if there are any lines that make sense and where those lines intersect and where they don’t.

While the independent commission did not take into account where cardholders live when crafting its cards, the legislative committee will.

And even as members of the independent commission sought to show how their process was as fair, evidence-based, and politically impartial as possible, one of the chairpersons of the legislative redistribution committee attempted to question this claim when of Monday’s meeting.

It was a poignant moment, eliciting murmurs and sidelong glances from some members of the public sitting in the committee hearing.

Sandall asked Facer if he was aware that one of the congressional map proposals recommended by the commission – the only map drawn by a member of the public, University of Utah student Stuart Hepworth, from southern Jordan – was drawn with a clipping tool that used partisan data. .

“My point is not to incriminate,” said Sandall, “but to make a point, there is always a political bias that moves into anything when we put a line on a map.”

Sandall said “this weakens your principle of not using partisan data a bit,” calling the committee’s adoption of the card recommendation “a little disturbing.”

“It just illustrates how easily political data becomes a part of this process, and no one is immune to it,” Sandall said.

Facer defended the card, saying they were aware of the tool Hepworth was using, but determined his card met the criteria of the Independent Redistribution Commission and saw no political data influencing him.

As one of a few dozen members of the public who lined up to address the legislative committee, Hepworth took the microphone to also defend his card, which he said had been ‘under attack’.

â€œIt is true that I was aware of the political data when I was drawing the map, but it did not consciously impact the decisions I made when drawing the map,â€ Hepworth said, noting that his card was chosen because it “outclassed” the other card that the redistribution commission was considering. “So I don’t think my political biases had any impact on the map.”

Hepworth told lawmakers it was “essential in the interests of maintaining voter confidence in government” for the legislative redistribution committee to adopt the independent commission’s mapping recommendations. He challenged lawmakers to do better.

“If the legislature thinks it can do better than the commission, then it must demonstrate that by showing their cards outperforms the commission’s cards by all commission criteria and by subjecting those cards to a vigorous and transparent process,” the commission cards went through to get here, â€Hepworth said.

Hepworth’s comments drew applause from the crowd, which was not allowed under the committee’s rules of decorum. Representative Paul Ray, R-Clearfield, co-chair of the committee, quickly suppressed the applause by saying, “No applause.”

What got Utah to this point?

The redistribution process takes place every 10 years. The maps that are ultimately adopted will determine the boundaries of Utah’s political districts for the next decade, from school boards to the state legislature to Congress.

The commission was created after Utah voters in 2018 narrowly approved a voting initiative calling for an independent redistribution commission to draw new cards that will be used to help decide who voters can vote for to represent. the interests of their region. The purpose of the commission was to ensure that Utah’s next set of political boundaries would be decided independently of politics and without partisan gerrymandering.

But the GOP majority in the Utah Legislature, fearing the commission was usurping the legislature’s constitutional duty to oversee the redistribution, intervened.

In 2020, the legislature struck a deal with supporters of Better Boundaries, designating the Utah Independent Redistribution Commission as sole adviser to state legislators, which will ultimately decide which maps to approve.

The seven-member independent Redistribution Commission was created to represent the people of Utah, 80% of whom live on the Wasatch Front while the remaining 20% â€‹â€‹live in more rural areas scattered across larger areas of the state. . Five members live in areas of Wasatch Front which generally have more urban characteristics, while two members live in more rural areas.

But last week, former congressman Rob Bishop abruptly resigned from the independent redistribution commission, complaining that the commission was unfairly weighted to favor urban rather than rural interests.

Days after Bishop resigned, House Speaker Brad Wilson, R-Kaysville, admitted that “the ink is still wet” on the cards recommended by the independent commission and that it was too early to say if The Legislative Redistribution Commission would accept the map proposals, but he suggested that the Utah legislature may completely reassess the independent commission and its process.

The speaker said Bishop’s resignation “highlights that it may not be working as expected”.

“And so, maybe we need to go back to the drawing board and figure out if this process makes sense and if so, what does it look like?” Wilson told reporters last week.

Following Bishop’s resignation, Wilson appointed former Rep. Logan Wilde, who until earlier this year served as Utah’s Agriculture and Food Commissioner, to fill the vacant position of Bishop on the Independent Redistribution Commission. Wilson said Wilde, as “rural Utahn,” would bring “a unique perspective” even though his term on the commission would only last a few days.

Asked by Rep. Brad Last, R-Hurricane, what scenario would be “offensive” to the Independent Redistribution Commission, depending on what happens next, Facer said that “the thing that would be the most offensive would be for the commission not to remade more surface. ”

â€œThe work of the commission has been productive,â€ he said. â€œColleagues from across the country have told us that our function is truly a model of a cooperative function. â€¦ So I think what would be really offensive is if this work does not go ahead.

Former Senator Lyle Hillyard – a Logan Republican who was the longest-serving member of the Utah legislature before losing reelection in 2020 – hailed the commission and its process as fair and without any political motivation.

“I am convinced that if we had entered partisan politics,” said Hillyard, the maps “would never have been completed.”

On the contrary, Hillyard said the commission had focused on “keeping the cities together” and that if they were to be divided, members made sure it was a “clean cut.”

Lawmakers on Utah’s legislative redistribution committee have asked members of the independent commission many questions about the boundaries of the cards and why they were drawn in certain ways. Facer and other members, including Hillyard, answered every question in detail, explaining instances where commission members had to make tough technical choices while trying to balance the numbers while not dividing the communities that did not want to be divided.

â€œWe did our best,â€ Hillyard said, although he added that while the independent commission was responsible for choosing a single card recommendation from Congress, State House, State Senate and the school district, “we wouldn’t agree.”

â€œNow we’re going to kick you in the ball and say, ‘Good luck,’â€ said Hillyard, noting that while the independent commission had only seven members, the Utah legislature has 104 voting members, therefore choosing a card for each political jurisdiction will be a challenge.

Hillard’s advice? â€œI learned a long time ago that politics is the art of compromise.

“For my part,” Hillyard added, “will never criticize what you do because I know how difficult it is going to be. … Good luck.”

Act of Kindness in Waretown, NJ