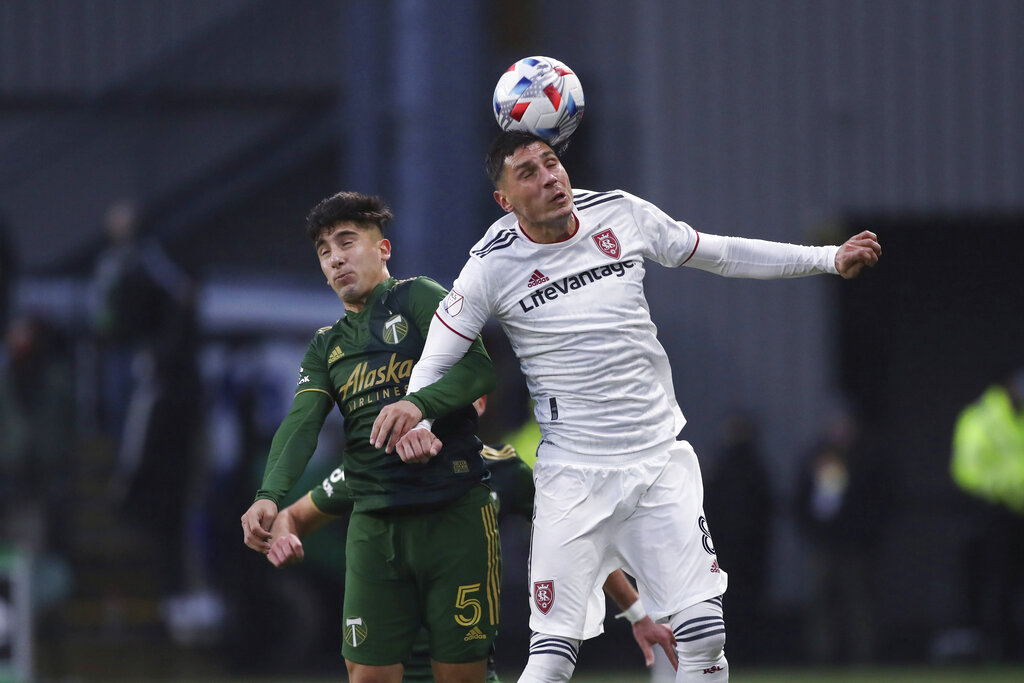 After staging three back-to-back spectacular arrivals to advance to the Western Conference Finals, RSL fell 2-0 to the Portland Timbers.

The Timbers won all four games against RSL by a combined score of 14-4.

Portland took control of the game in the 5th minute when Felipe Mora took advantage of a poor clearance from Aaron Herrera and beat RSL goalkeeper David Ochoa to give the Timbers a 1-0 lead.

It stayed that way until the 61st minute when Santiago Moreno unleashed a spectacular shot from the corner of the net that bounced off the post and back to Ochoa to give Portland a 2-0 lead.

Despite the return of captain Albert Rusnak, who missed the first two playoff wins because of Covid, RSL was unable to mount any sort of sustained offensive attack. The situation really turned grim when Herrera received his second yellow card and RSL had to cut a man down for the final 11 minutes.

Portland beat Real Salt Lake 14-7 and had seven shots on frame to three for RSL.

Steve Clark made three saves for Portland to get the shutout. The Timbers will play either in Philadelphia or NYCFC for the MLS Cup next Saturday on ABC4.

It was always an incredible end to the season for RSL, who scored in the final 30 seconds to beat Sporting KC just to advance to the playoffs in the final game of the regular season. Real Salt Lake went on to beat Seattle on penalties after failing to register a single shot. Then last week, Bobby Wood scored the game-winning goal in stoppage time to upset Sporting KC.

This upcoming offseason looks to be busy for RSL, who should try to keep Pablo Mastroeni as their permanent head coach. Rusnak is in a contract year, while the squad could be bought out in the coming months as Major League Soccer orchestrates a sale.