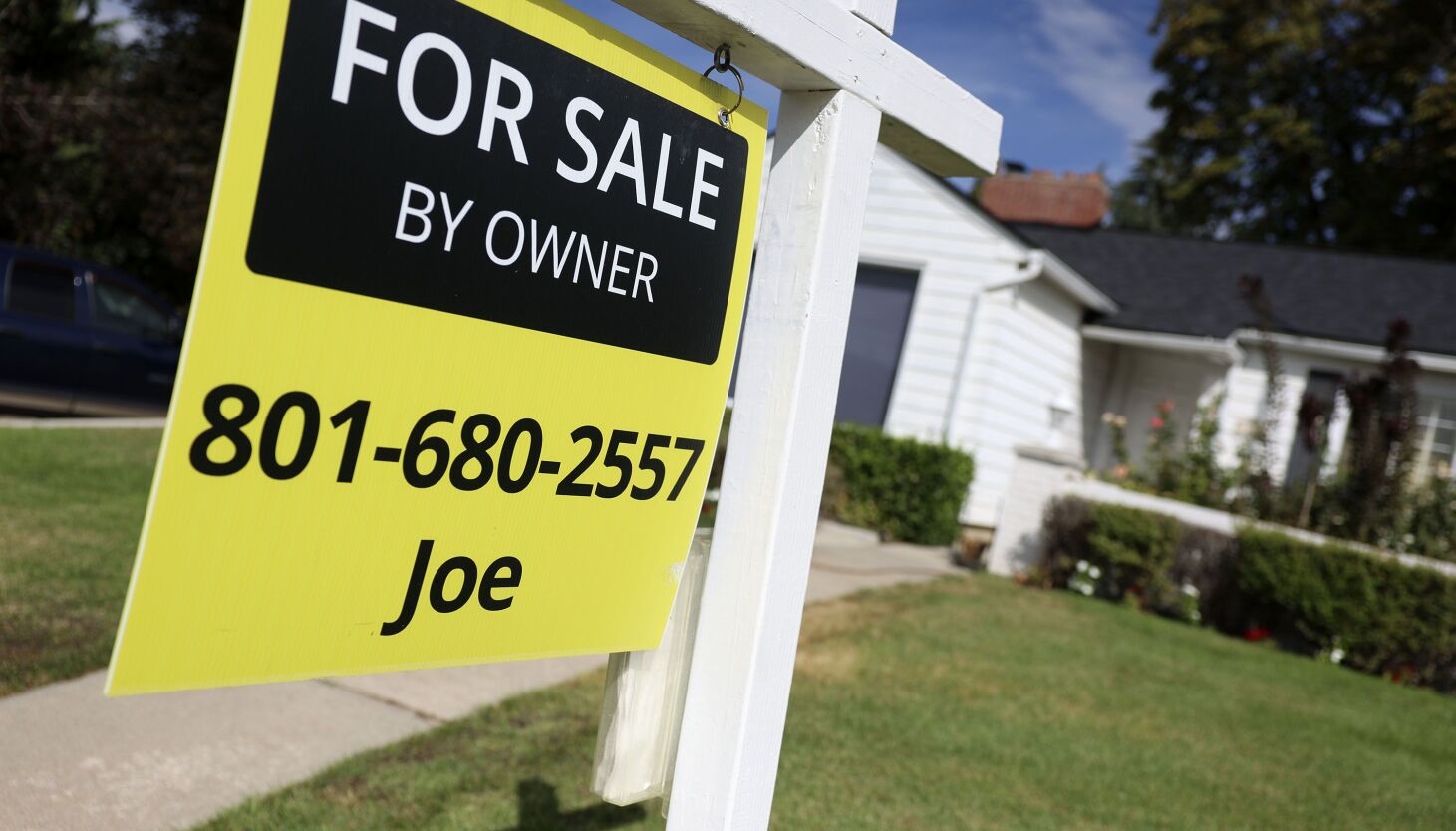 After announcing another 0.75% hike in its benchmark interest rate on Wednesday amid the Federal Reserve’s fight against inflation, Fed Chairman Jerome Powell said the U.S. housing market would likely experience a “hard correction” before reaching a “better balance”.

What does that mean?

Well, we already see it. House price increases – in some regions more than others – are stabilizing or even beginning to decline.

“The deceleration in house prices we’re seeing should help bring prices more in line with rents and other real estate market fundamentals,” Powell told reporters on Wednesday. “And this is a good thing.”

But that doesn’t mean it won’t be painful.

“Longer term, what we need is for supply and demand to be better aligned so that house prices rise at a reasonable level, at a reasonable pace and people can afford themselves again. homes,” Powell said. “So we probably have to, in the housing market, go through a correction to get back to that place.”

Powell added: “From a kind of business cycle perspective, this tough correction should put the housing market back into a better balance.”

What does a housing “correction” mean for the West?

Powell’s language on Wednesday gave more insight into what Powell meant in June when he said the housing market needed a “reset.”

There was speculation as to whether this meant the Fed’s goal was to temper buyer demand to give stocks a boost or whether the Fed actually wanted lower house prices, a Fortune reported Thursday, but in the minds of some housing analysts, Powell’s language this week reinforces the interpretation that the Fed’s intention is to depress home prices.

What they say : “Clearly the change in the Fed’s choice of words from June ‘housing needs a reset’ to ‘today’s housing reset actually means a correction’ indicates that they are pretty good with falling real estate prices, slowing home sales and construction pulling back significantly in order to achieve their mission,” Rick Palacios Jr., head of research at John Burns Real Estate Consulting, told Fortune.

The big picture: The COVID-19 pandemic sent the country into a real estate frenzy, driving home prices to unprecedented levels as mortgage rates persisted at times below 3%, fueling demand not only for sales, but also for refinancing.

Now that mortgage rates are above 6%, the party is over. Low mortgage rates no longer mask the impact of these record high house prices on affordability.

Today, the United States faces an affordability crisis it cannot avoid. Enough potential buyers have reached their limit and retreated rapidly in recent months for this to have a dramatic impact on demand.

Real Estate Prices in Utah, Idaho: The impact was rapid and dramatic, especially in the West. Local housing markets, including Boise, Idaho, and yes, Salt Lake City, which have been among the cities to see home prices soar amid the pandemic frenzy, are also now among the first to see the price drop as the frenzy collapses.

From May to August, home values ​​in metro Boise fell 5.26% and in Salt Lake City more than 7%, according to Fortune’s analysis of the Zillow Home Value Index. .

The “chilling effect” in Utah

On Thursday, the Salt Lake Board of Realtors took a closer look at the impact of soaring mortgage rates on home sales and home prices in Salt Lake County.

Let’s put this into perspective. Single-family home prices in Salt Lake County have increased 63% since the start of the pandemic, from March 2020 to May 2022.

Now those days of rapid price acceleration are over.

Cold effect: “The Federal Reserve’s aggressive rate hikes appear to be having little effect on inflation, but a chilling effect on the housing market,” Steve Perry, chairman of the Salt Lake Board of Realtors, said in a prepared statement. We are selling about 400 fewer homes per month than the 10-year average.

Home inventory on UtahRealEstate.com topped 10,000 homes, a 150% increase from 4,000 active listings at the same time last year, when buyer competition was high and inventory was tight. weak. Now, stocks are at a more balanced level, according to the board.

“The bidding wars are over,” Perry said. “Offers above asking price and waiver of appraisals have ended. Homebuyers have more choices and options when buying a home.

Homes also take much longer to sell. In August, the median number of days a home was on the market in Salt Lake County was 22 days, according to the council. That’s three times longer than a year ago, when the median days on market was just over seven days.