Salt lake city government by Mary Cashion on May 1, 2022 3 views 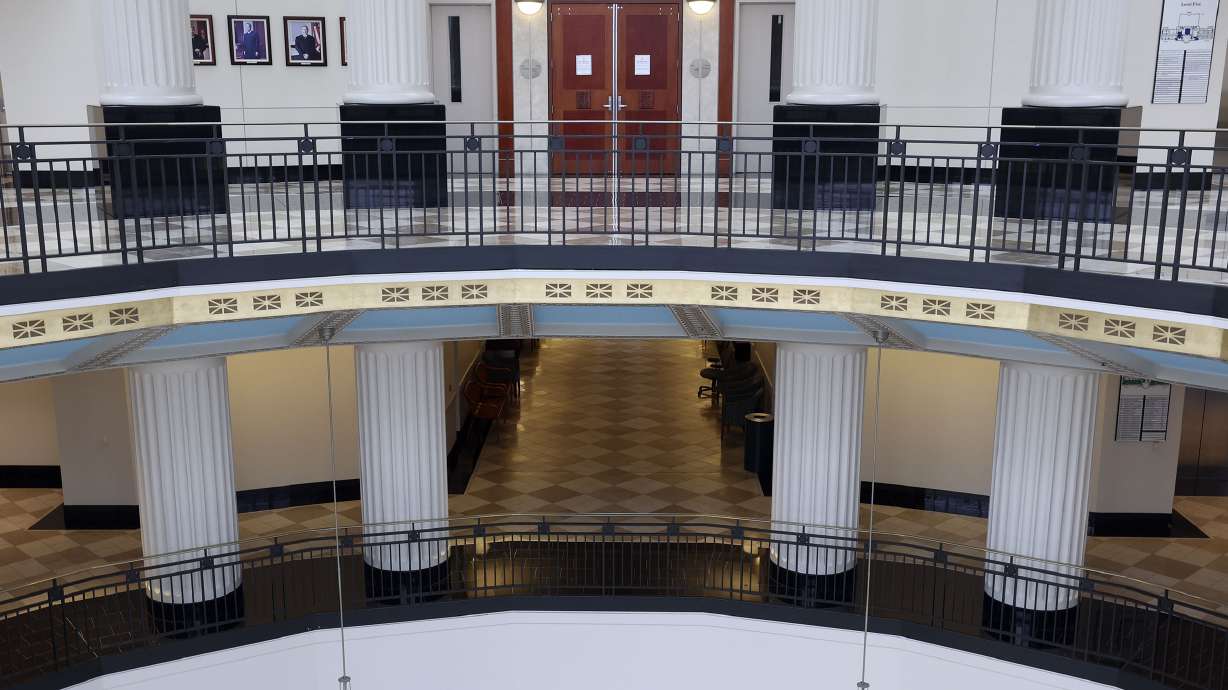 A case against a former pastor accused of repeatedly sexually abusing a minor in his congregation is set to move forward again following a Utah Supreme Court ruling. (Kristin Murphy, Deseret News)

SALT LAKE CITY — A case against a former pastor accused of repeatedly sexually abusing a minor in his congregation is set to move forward again following a Utah Supreme Court ruling.

In an opinion filed Thursday, the court ruled that the alleged victim in the case should not be required to testify at the preliminary hearing unless Isidor Pacomio Archibeque’s lawyers present a sufficient argument on the issue before the courts. state attorneys, reversing a 3rd District court ruling that arguments could be presented privately to the judge.

Charging documents say the abuse began when the girl was 14 and Archibeque forced her to have sex with him several times a month. The documents claim that at one point Archibeque threatened to hurt her family if she said anything and that he was also violent towards her on at least two occasions.

Archibeque denies the allegations and his lawyers have requested a private hearing with the judge to show why the victim should be compelled to testify at the preliminary hearing. They argued that confidentiality was necessary because they should not be required to expose their strategy to prosecutors. Prosecutors, on the other hand, claimed that granting a private hearing would violate a judicial code’s rule that prohibits the judge from speaking with only one party.

In February 2021, the district court decided to compromise and determined that Archibeque’s attorneys could present the evidence privately to the judge, and if the court determined that the victim’s testimony could affect the outcome of the hearing, they would share arguments with prosecutors. .

Christopher Ballard, assistant solicitor general in the Utah attorney general‘s office, said they were “shocked” the court was allowing this; his office appealed the district court’s decision in early 2021.

The state Supreme Court ruling overturned the order, determining that unilateral proceedings are not favored and that the defendant should include the prosecution if he wants to plead for the victim to testify.

“While we applaud the district court’s efforts to craft a compromise that seeks to respect the constitutional rights of all interested parties, we are not convinced that Mr. Archibeque’s statutory or constitutional rights at this stage of the proceedings give the right to a presentation in camera (private hearing),” the Utah Supreme Court opinion states.

The justices explained that they “would be inclined” to support the district court’s decision if they believed it would protect Archibeque’s constitutional rights, but that his argument did not merit the request for a unilateral proceeding.

“(Archibeque) is well within his rights to keep his cards until trial. What he can’t do is have his cake and eat it too. None of the rights that Mr. Archibeque has identified protects him from the consequences of his litigation strategy,” the opinion said.

Ballard said Thursday’s Utah Supreme Court ruling made it clear that this unilateral process was not appropriate. “The judge should not make this decision based solely on the defendant’s comments,” he said.

Ballard explained that an amendment to the Utah Constitution and related rule of evidence allows “reliable hearsay” to be admitted at a preliminary hearing, which means a victim need not to testify at this stage if a statement from him is shared. He said it was now rare for a victim, especially a victim of child molestation, to testify at a preliminary hearing, which he said the defendants resisted.

Under State vs. Lopez, on whom the Utah Supreme Court ruled while this case was pending, defendants must meet a heavy burden for a judge to compel testimony from a victim during a preliminary hearing. The Utah Supreme Court in that decision ruled that defendant’s attorneys must show that the testimony was necessary to support evidence “that is reasonably likely” to result in the charges not being supported by the standard. of probable cause.

Ballard said the ruling in the Archibeque case, which means victims and prosecutors must be given an opportunity to respond to the defendant’s argument before it is decided that victims should testify, is “a victory for the victims”.

Archibeque’s team, however, said they were disappointed with Thursday’s decision.

“The Constitution, written as a bulwark against governmental power, is a bill of individual rights. But yesterday’s decision elevates the rights of the state above the rights of the accused. By rejecting the fair balance struck by trial court, the Utah Supreme Court has given the government another avenue to tip the scales in its favor,” defense attorneys Cara Tangaro, Jeremy Delicino and Ann Marie Taliaferro said in a statement.

Additionally, the lawyers said that since the decision in State vs. Lopez, they believe the government “often presents minimal evidence” at preliminary hearings, which they say hampers the defendant’s due process rights, favors cases that are not fully verified and causes delays. . lawsuits and increased costs and charges.

Archibeque is currently out on bail. He was ordered not to have contact with anyone under the age of 18 without their parents present, not to perform ecclesiastical duties and to wear an ankle monitor.

After the case was suspended pending the outcome of the appeal, the court ordered the removal of the ankle monitor. Now the case will be returned to the district court and the wait will end.

People celebrate life, lost loved ones at the Celebration of Life Monument

Salt Lake County is the future of travel