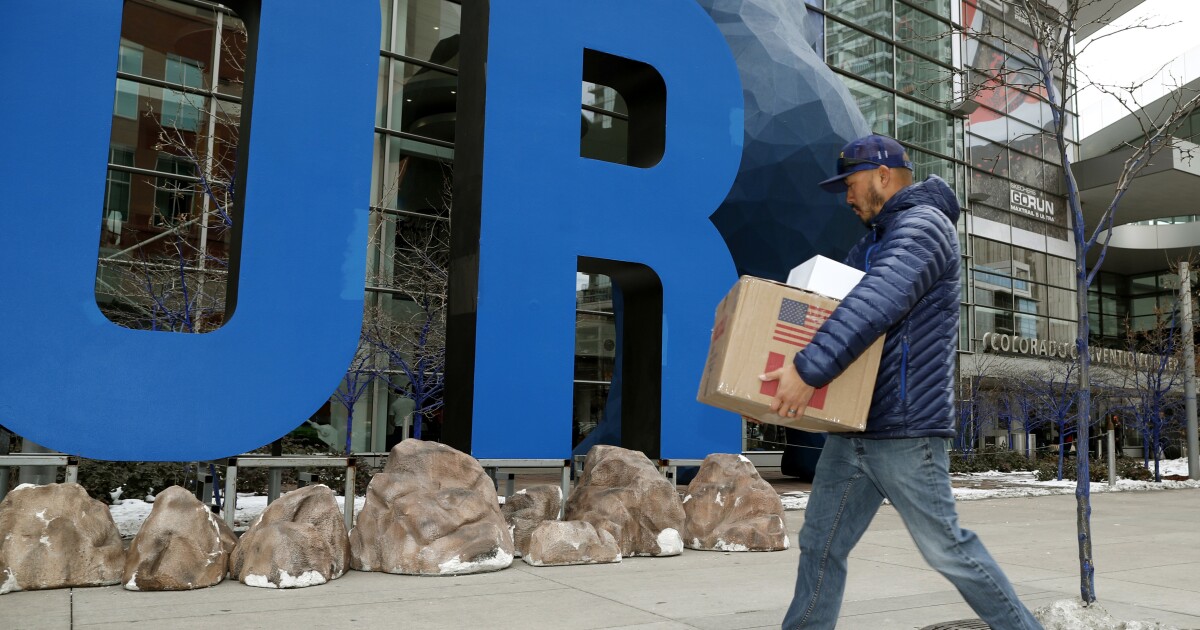 The Outdoor Retailer Show is returning to Salt Lake City from Denver next year despite boycott threats from an environmental group and major recreation companies, the event organizer announced Wednesday.

Critics of holding the event in Utah say politicians in the state oppose efforts to protect national monuments and public lands.

But Emerald X, the publicly traded company that owns the biannual show, told stakeholders in a letter announcing the move that it could better promote the outdoor recreation industry and fight for environmental protection. from its longtime base in Utah — where the show has been held for decades. before moving to Denver in 2018.

“Salt Lake City is our hometown, and we return there with a commitment to make meaningful change,” the company said. “In reality, leaving after 2017 did not bring the change we hoped for, so we will push back, not back down. We strongly believe that staying engaged and collectively contributing to the ongoing discussion, however difficult, is much more constructive.

This year’s June event will still be held in Denver before the show’s Winter 2023 event in Salt Lake City.

Show organizers came under pressure in February when The Conservation Alliance and two dozen outdoor recreation companies – including Patagonia, REI and The North Face – threatened to boycott the event if it was brought back to Salt Lake. City despite what they described as widespread industry objections.

Emerald X Group Vice President Jeff Davis said in an interview with The Associated Press that the company hopes to convince skeptical attendees to stick with the show.

Emerald X consulted with hundreds of companies and exhibitors and considered multiple locations, including staying in Denver. An “overwhelming majority” of outdoor retailers wanted the event to return to Utah, he said.

“We’ve spoken to all brands, and while we can’t speak for all brands, our tent is open,” Davis said. “We want as many participants as possible to contribute to what we believe is positive change.”

The dispute over the location of the event has been simmering since 2017, when Utah lawmakers asked then-President Donald Trump to repeal the new Bears Ears National Monument in southeast Utah. . Thirty outdoor retail companies objected, and the Outdoor Retailer show announced it would be moving from its longtime home in Salt Lake City to Denver.

Later that year, Trump downsized Bears Ears and the Grand Staircase-Escalante National Monument in southern Utah, prompting a Patagonia lawsuit over the downsizing and a statement on his website that “The president stole your land”.

President Joe Biden restored both monuments to their former size.

But the Conservation Alliance, made up of more than 270 companies, argued that Utah’s political leaders are still trying to undermine the monuments with legal actions to roll back protections. Most of the group’s members are outdoor retailers, but the alliance also includes several breweries, photography businesses and a bank.

The alliance, Patagonia and REI each released statements on Wednesday criticizing the decision to move the Outdoor Retailer show and pledging to continue the boycott.

“We are disappointed that the owners of Outdoor Retailer are blatantly ignoring Indigenous peoples, local activists and outdoor athletes who have spent years working to conserve and protect Utah’s wild lands by moving the show in Salt Lake City,” said Patagonia CEO Ryan Gellert.

Utah Governor Spencer Cox praised Emerald X’s decision, saying, “This is great news for Utah’s growing outdoor industry and for anyone who enjoys getting out and about. experience the natural beauty of the state.

He adopted a more confrontational tone during an interview with KSL NewsRadio while talking about the companies that threatened to boycott.

“You can’t come and threaten us and tell us how to do things. That’s not how it’s going to work,” Cox said.

The Republican governor last year called on show organizers to bring the event back to Salt Lake City, saying the location provides economic benefits to the state and outdoor retailers.

Emerald X also sent out a survey last year to the show’s attendees asking for their thoughts on a possible move to various cities, including Salt Lake City; Anaheim, California; Houston; Las Vegas and Orlando, Florida.

Marisa Nicholson, show manager for Outdoor Retailer, told the AP it’s easier for exhibitors to demonstrate their skis, snowboards, kayaks and other products in Utah. Indeed, the outdoor sites where the products can be used or tested are closer and easier to access than in Denver, where the trip to the Rockies from the downtown convention center where the show was based can take hours.

She said without providing details that Outdoor Retailer plans to commit revenue from its events in Utah to fund efforts to protect public lands with input from local, state and federal officials as well as tourism and community officials. state affairs.

The Outdoor Retailer Show generates tens of millions of dollars in local economic impact, but profits have been reduced due to the pandemic.