New York Times and John Oliver criticize Utah’s water-saving measures, but we need to do more, say editorial board 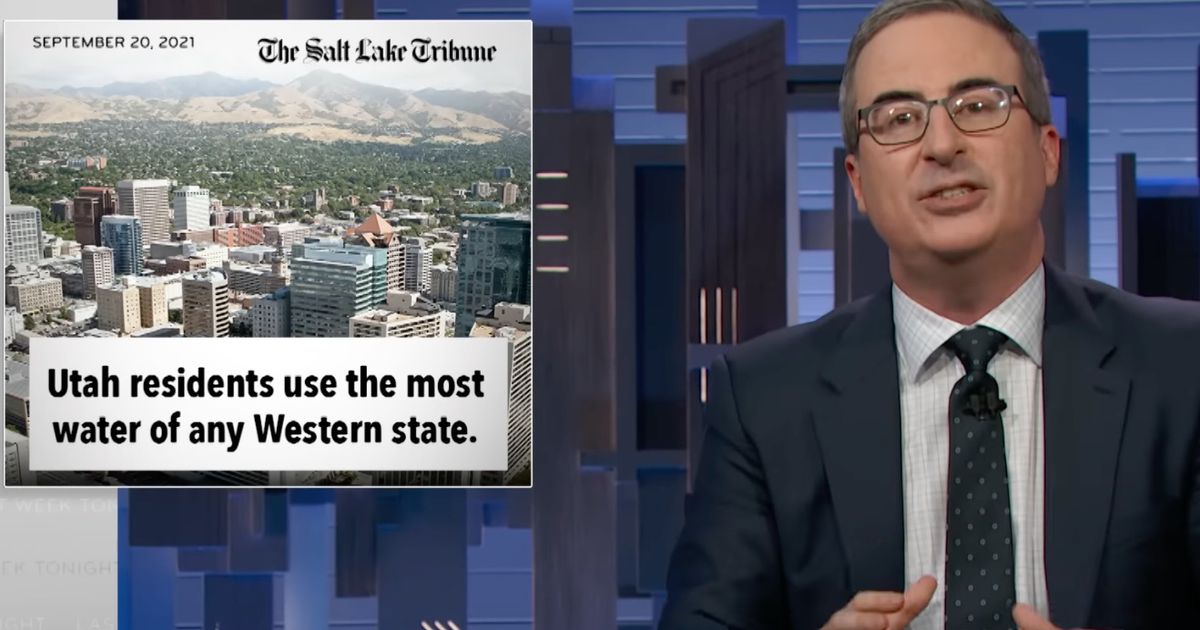 If Utah’s water-saving measures are to be effective in the face of drought, we need more action ASAP.

By the editorial board of the Salt Lake Tribune

So it looks like Utah Governor Spencer Cox is feeling a bit harassed by some mainstream national media outlets who he feels have treated his state unfairly in their coverage of the prolonged drought and our state’s response to it. this one.

Governor, we feel your pain.

One thing officials and reporters have in common is a sense of resentment when reporters or TV producers parachute out of New York or Washington and discover a problem that people in government and in the press are aware of. since a long time.

So the series of Twitter posts that Cox launched on Tuesday, criticizing some recent work from the New York Times and the HBO show “Last Week Tonight with John Oliver”, is drawing sympathy from the editorial board of your favorite news agency. from Utah.

🧵I’m glad to see so many new people interested in water policy/drought/saving the Great Salt Lake over the past two weeks! Unfortunately, many got their info from the NYTimes or John Oliver… so let me share with you some BIG changes we’ve made this year.

Cox, of course, is always happy to promote positive coverage for himself or his state in the national media, bragging about how the country is taking notice of “the Utah Way.”

But last week the Governor took issue with the Times’ doomsday reporting and a 20-minute screed by Oliver (which was genuinely hilarious) because the two spoke at length about the impact of the ongoing drought without offering too many solutions. reasonable. or give credit for actions Utah has taken.

The governor is right.

The last session of the Utah Legislature, a body little known for its environmental awareness, produced a handful of helpful bills that will spend millions of dollars on efforts to mitigate the effects of the drought. The most important might be a measure that ended a century of laws on the use or use of water.

The old law urged water rights holders to use their allocations, often to grow water-thirsty crops like alfalfa, or risk losing the rights. Now, under the provisions of HB33, farmers can let more of that water flow downstream, recharging the Great Salt Lake and other surface and groundwater supplies, without giving up their right to future use.

The Times and HBO shrugged off those accomplishments.

Meanwhile, Utah reporters are doing more than doomscrolling. The Salt Lake Tribune has the Innovation Lab, dedicated to reporting on solutions, not just problems. The Tribune is also one of 23 organizations that created the Great Salt Lake Collaborative. It’s news organizations, schools, non-profits and researchers looking not only at what’s wrong with the lake, but very precisely and practically at what can be done this subject.

This does not mean that The Times and John Oliver did not raise specific and vital questions.

The imminent disappearance of the Great Salt Lake is much more than an aesthetic or touristic challenge. The loss of an entire ecosystem would not only be devastating to wildlife, but would also threaten to blanket the Wasatch Front which is a cloud of toxic dust that not only endangers the lives of everyone in the area but could, in a particularly vicious cases of karma, ruining the economic value of all this water-sucking development.

Oliver rightly pointed out that growing so much alfalfa for animal feed — some 2 million tons a year in Utah alone — in such a dry climate makes no sense.

Making fun of Cox’s call for Utahns to unite in prayer in hopes of bringing more rain was an irresistible target for any current-oriented comedian. It could also be an example of how the coastal media elite leaves many people in the rest of the country feeling disrespected.

Still, the rude god of Oliver’s program who told Utah we couldn’t pray our way out wasn’t wrong. This will require human action, not divine intervention.

Human action such as:

We have taken action. We need to take a lot more. And if it takes strangers to point that out, well, every little bit counts.