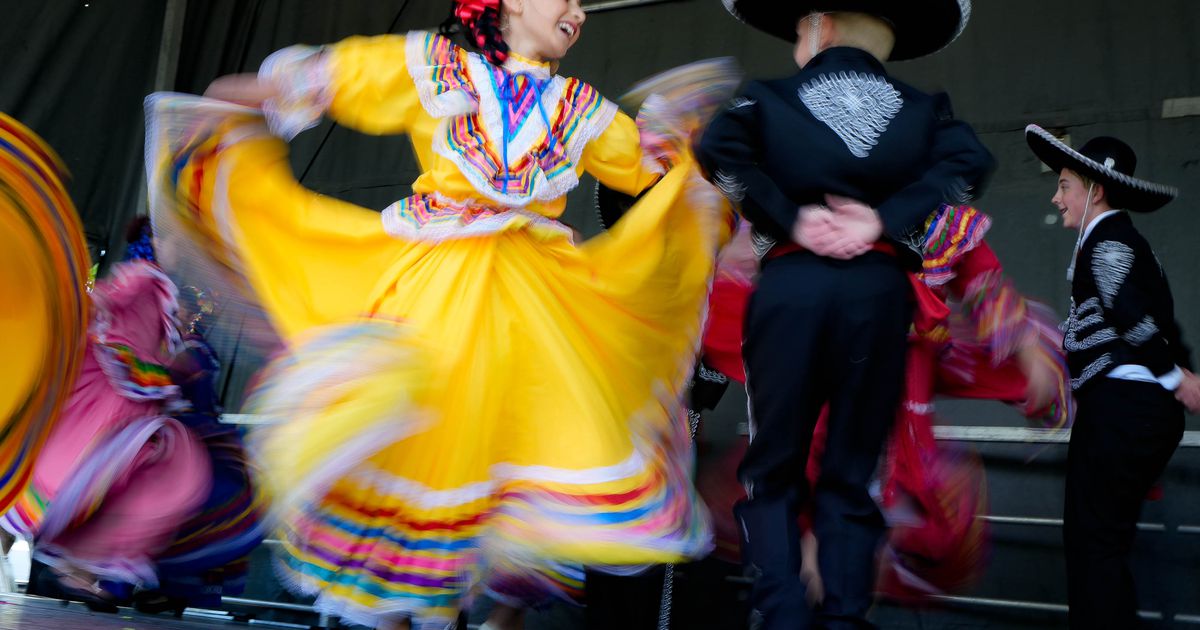 The festival features international food and vendors in Washington Square and Library Square this weekend.

Headpieces shimmered and skirts twirled in Washington Square and Library Square on Saturday, as sweet and savory scents wafted through the streets for the Living Traditions Festival.

More than 90 cultures that call Salt Lake City home were represented at the festival, which returned to full capacity this year for the first time since the COVID-19 pandemic began. The event serves as a celebration of diverse cultures and stalls advertised many international delicacies – from Argentinian empanadas to Nepalese chicken curry to Tibetan vegetable momos, among others.

(Francisco Kjolseth | The Salt Lake Tribune) Greek dancers from Dionysios perform at the Living Traditions festival in Salt Lake City on Saturday, May 21, 2022.

Maryna Detsyura hosted a stall of vendors displaying traditional Ukrainian clothes and dolls. She said she was proud to represent Ukrainian culture and was happy to show off her country’s customs at the event.

Items at her stand included traditional Ukrainian Vyshyvanka clothing, as well as small cloth dolls. The dolls do not have embroidered faces because they are usually used as guardian dolls, she said, as “little angels” watching over the owners.

“This is an important moment for us because we want to tell the whole world that the Ukrainian nation has existed for more than 1,500 years,” Detsyura said. “We are fighting right now with our neighbor, but that means we are fighting for our freedom and for the right to continue to exist. This fight shows again how deep our culture and our history is, and [we’re] eager to continue and keep our traditions.

Other vendors also sold various cultural wares, such as Navajo, Ute and Hopi beads, Ecuadorian woodcarvings and Japanese origami, among others.

As attendees shopped, they were tempted by the smells of roast chicken, boiling noodles and simmering vegetables from the nearby food hall. Sara Manandhar, who is part of the Nepalese Association of Utah, served guests Nepalese cuisine, including dishes like chana masala and chicken momos.

“We are busy and we are running out of food,” Manandhar said on Saturday afternoon. “It’s going well and it’s fun to interact with people and volunteer for our association.

The Nepalese association also organized a live demonstration, where they showed participants how to prepare momo.