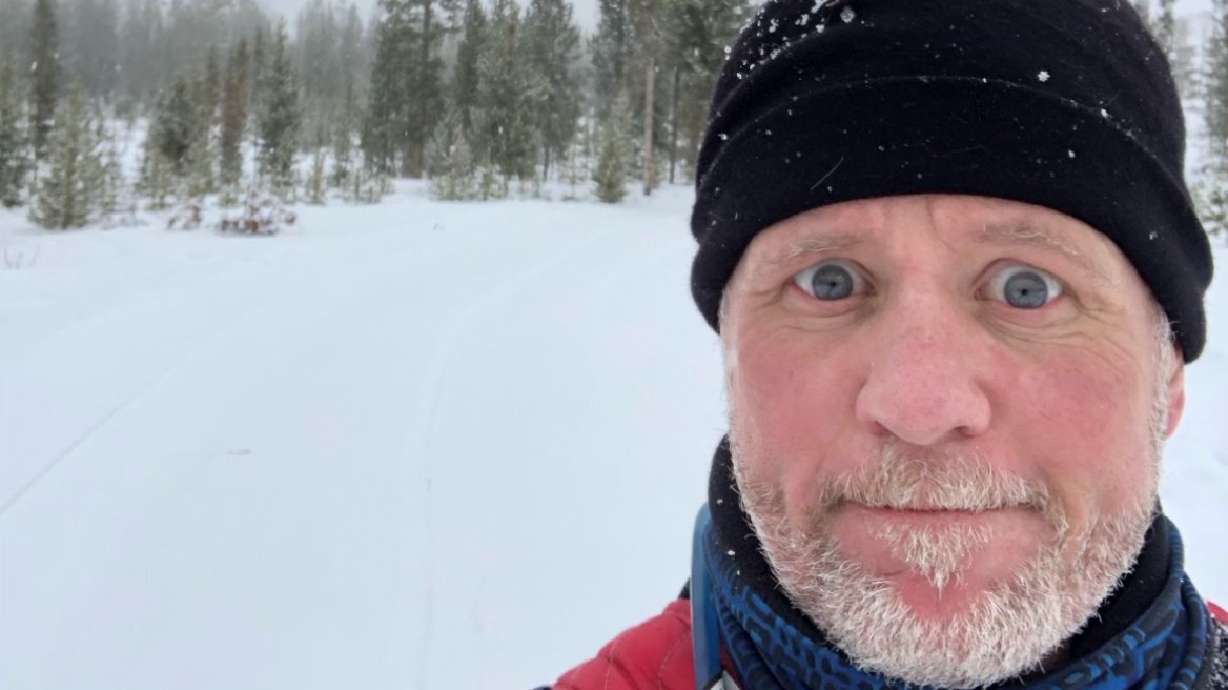 A silver alert has been issued for an endangered 53-year-old man last seen in the Federal Heights area of ​​Salt Lake City. Donald Leslie Brown was with his dog on the Limekiln Gulch Trail in Salt Lake City around 3 p.m. Sunday. (Salt Lake City Police)

SALT LAKE CITY — A silver alert has been issued for a 53-year-old endangered man last seen in the Federal Heights area of ​​Salt Lake City, the Department of Public Safety said.

The man, Donald Leslie Brown, was last known to be in the area of ​​309 N. Fairfax Circle on the Limekiln Gulch Trail in Salt Lake City around 3 p.m. Sunday, police said.

He is white, 5 feet 11 inches tall and weighs approximately 150 pounds. He has brown hair and hazel eyes. He is believed to be wearing a red hat, red woolen vest and beige pants. He was with a brown and white border collie named Tucker.

He is showing signs of mental illness and needs his medication, police said.

We need help locating Donald Brown, 53, last seen on the Limekiln Gulch trail with his dog.

Anyone with information on his whereabouts should call 801-799-3000 and reference case 22-13742. #slc#Salt Lake City#slcpdpic.twitter.com/Ag1xHU5ViT