Lalas Abubakar scores a second-half equalizer against Real Salt Lake in the first leg of the Rocky Mountain Cup, the teams split the points 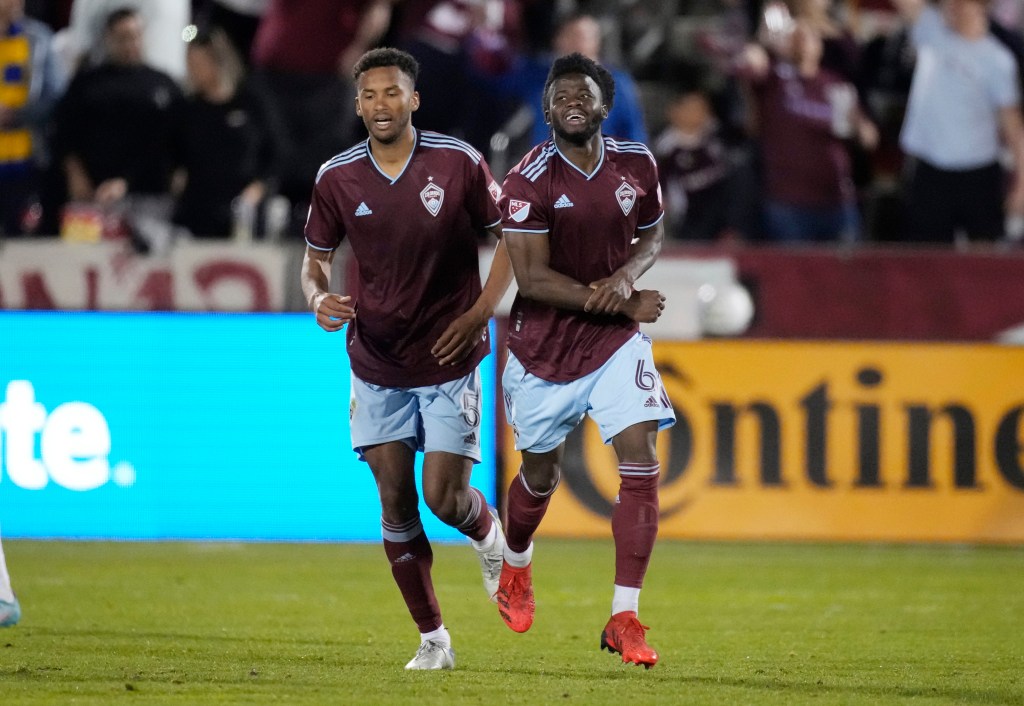 COMMERCE CITY – Lalas Abubakar doesn’t score too many goals, but when he does, it comes at the right time.

The Ghanaian centre-back has been with Colorado since 2019 from a loan and 2020 as a full member of the team, only scored his fourth goal for the Burgundy Boys in the 56th minute of the first leg of the Rocky Mountain Cup for the tie at 1-1.

The Rapids, who were out for two weeks after the international break, looked lively as they created plenty of chances in the final third but failed to find a winner. The teams would split the points Saturday night at Dick’s Sporting Goods Park, which finished 1-1.

“Lalas was recovering from an injury for the last two weeks and it was even questionable whether he was going to play or not,” said head coach Robin Fraser. “I thought (the goal) characterized the way Lalas plays. Work hard, work hard and get to the end of something, slip in and score an equalizer at home in an important game.

After Colorado had a dangerous set-piece at the edge of the 18-yard box, he deflected into the wall and sent back to Keegan Rosenberry who found Michael Barrios. Barrios then launched a low cross which went through the back post where Abubakar held off his defender and slid in to knock him home. It was Barrios’ third assist this season.

Diego Rubio had a pair of good looks on the net in half-time, as he tried to take a free-kick opportunity from a Jack Price corner, but his shot went over the crossbar . He also forced Real Salt Lake goalkeeper Zac MacMath into a tough save in the fourth minute.

Real Salt Lake finished with a total of five shots, only two were on target and one was controversial.

In the 44th minute, Real Salt Lake were awarded a penalty after Keegan Rosenberry had a hand on the back of Justin Meram who fell. On the sidelines, head coach Robin Fraser was warmed by the decision, which stood even after going to VAR, MLS’ video assistant referee. For the sanction to be overturned, a clear and obvious decision had to be found, but the decision was upheld.

Watching William Yarbrough shoot towards the C38 supporters, Pablo Ruiz sent Yarbrough the wrong way and made no mistakes, as he buried his shot in the bottom left corner.

“The honest answer is I haven’t watched (the replay),” Fraser said. “It seemed really sweet when it happened and that’s all I will say.”

After the half-time whistle a few minutes later, Dick’s Sporting Goods Park let Ted Unkel know his thoughts on the call, while Price walked the length of the pitch with Unkel back to the locker room. The Rapids had five shots and had 58% of total possession, but trailed.

In the second half, Colorado got off to a good start as the Rapids created a few solid chances and looked threatening early on. The Rapids continually rolled down the left and Jonathan Lewis drew the foul on the edge of the 18-yard box, and Colorado would eventually find the equalizer. Before Barrios found the defender, Colorado had made 1 of 9 cross attempts.

In the 77th minute, Sergio Córdova had a chance from close range after Ruiz drove in and found a cutting Córdova, but William Yarbrough made a superb diving save and prevented the shot from heading towards the net. The Rapids cleared the ensuing corner.

Barrios continued to pose a threat after the goal, as he fired from a difficult angle in the 82nd minute, but fizzled into the side netting.

Colorado made a substitution, as Jonathan Lewis made way for Andre Shinyashiki in the 84th minute, but, unlike the home opener, could not find a winner.

At the start of the game, the starting XI paid tribute with a jersey to honor the life of Jason Horton, who played with the Special Olympics Team and the Rapids Unified Team but lost his battle with cancer on the 20th. March. The team also honored Horton as they held a memorial service at Dick’s Sporting Goods Park on Monday, March 28.

Colorado will return to Texas next week when they take on FC Dallas at 6:30 p.m. on Saturday, April 9 at Toyota Stadium.