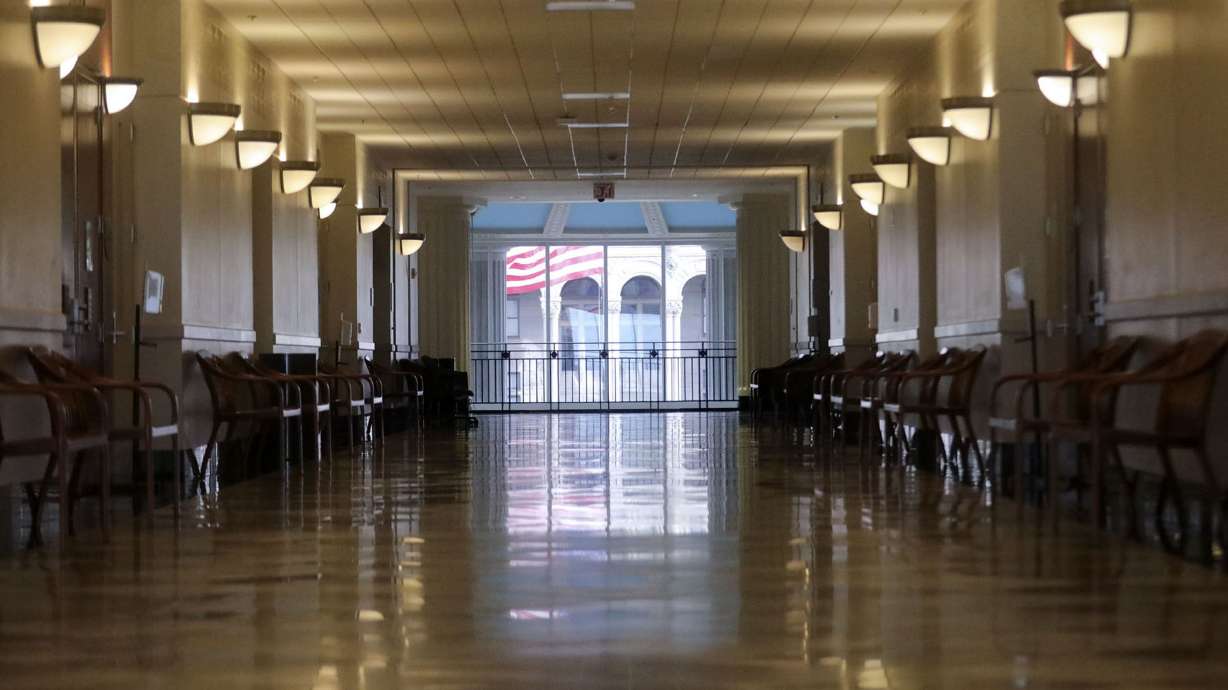 SALT LAKE CITY — After six hours of deliberation Friday, a jury found a member of the Salt Lake gang known as Baby Alex guilty of murder for shooting and killing 28-year-old Emilio Salazar in 2021.

Alex Christopher Mendoza Jr., 21, was convicted of shooting Salazar at 1172 W. California Ave. in Salt Lake City shortly after midnight on January 9, 2021. Police found Salazar face down in the driveway of a home he had visited. He was transported to a local hospital where he died from his injuries.

Mendoza’s trial began on Tuesday, and on Friday in closing arguments, attorneys saw completely different stories in the evidence presented over the week – drawing from different aspects of the testimony of several people who were at the home when Salazar was shot. Not only did the witnesses share different stories from each other, but some witnesses shared stories that differed from what they originally told the police. There were several small details that differed, as if Mendoza had been invited home that night.

The jury trial regularly brought together more than 200 people virtually, in addition to 10 people from the victim’s family and 10 people supporting Mendoza who were allowed into the courtroom at a time.

At the start of the trial, 3rd District Judge Elizabeth Hruby-Mills warned that there should be no blue or green clothing in the courtroom, or any other flags or support displayed for a gang. Mendoza is a known gang member with numerous interactions with police prior to his arrest in the case.

Nick and Rhondi Valdez, who live in the house where Salazar was killed, initially told police it was a drive-by shooting but testified during the trial that it was not the case. Rhondi Valdez said their story changed once they were no longer afraid of Mendoza getting revenge, and telling the truth, she lost friends and family. She said she was taught not to talk to the police because talking to the police could get her killed.

The couple both testified that Mendoza argued with Salazar at their home and that Mendoza claimed that Salazar “kissed his dad’s hand and he didn’t like it.” Rhondi Valdez said she didn’t understand what the fight was about or what it meant.

Nick Valdez testified that he was scared and in shock and did not immediately tell the police what had happened because he had just seen Mendoza murder his friend and did not want to be murdered.

There were several adults at the home before the shooting who said they saw what happened or were there but claimed they were facing the other way when the three shots were fired.

Defense attorney Brad Anderson argued that Nick Valdez was the person who actually shot Salazar. He cited a video showing flashes that he said were likely gunshots pointing to a white car that he said was passing Mendoza. He said it appeared the body had moved after the shots were fired and that Valdez was the only person who could have moved it because he claimed Mendoza was not there.

Anderson cited other instances of Valdez shooting or threatening to shoot people and he said multiple people testified that Valdez was drunk at the time and acted crazy when drunk.

“I gave you proof that Alex didn’t do this, and that’s proof that doesn’t depend on testimony,” Anderson said. “Nick did this to his best friend.”

Salt Lake County Assistant District Attorney Adam Blanch noted that Valdez said Salazar was his best friend and was like a brother to him. He said in interviews with police at the house that night that Valdez had not acted like someone who had just killed his best friend.

Blanch told the jury that reviewing all the evidence would show Mendoza shot Salazar, and he encouraged the jurors to find where there were conflicts and then decide what the most likely scenario was. He said the marks on the driveway that Anderson was talking about couldn’t have come from moving Salazar’s body and that there was no evidence to show that the car in the video was Mendoza’s.

Blanch also said no witnesses spoke of other people fighting and no one else would have had a motive.

Anderson said Mendoza had only been home less than half an hour and didn’t know Sanchez before that. He argued that Mendoza also had no motive.

Before concluding the closing arguments, Anderson asked Hruby-Mills for a directed verdict on numerous charges and said he did not believe there was enough reliable evidence to support the charges or a conviction. Blanche disagreed, saying Nick and Rhondi Valdez were the only witnesses who gave inconsistent statements and that they admitted to lying before and had credible reasons. Hruby-Mills refused the request for a directed verdict and said there was enough evidence for the jury to decide the case.

Mendoza is expected to be sentenced on October 20.