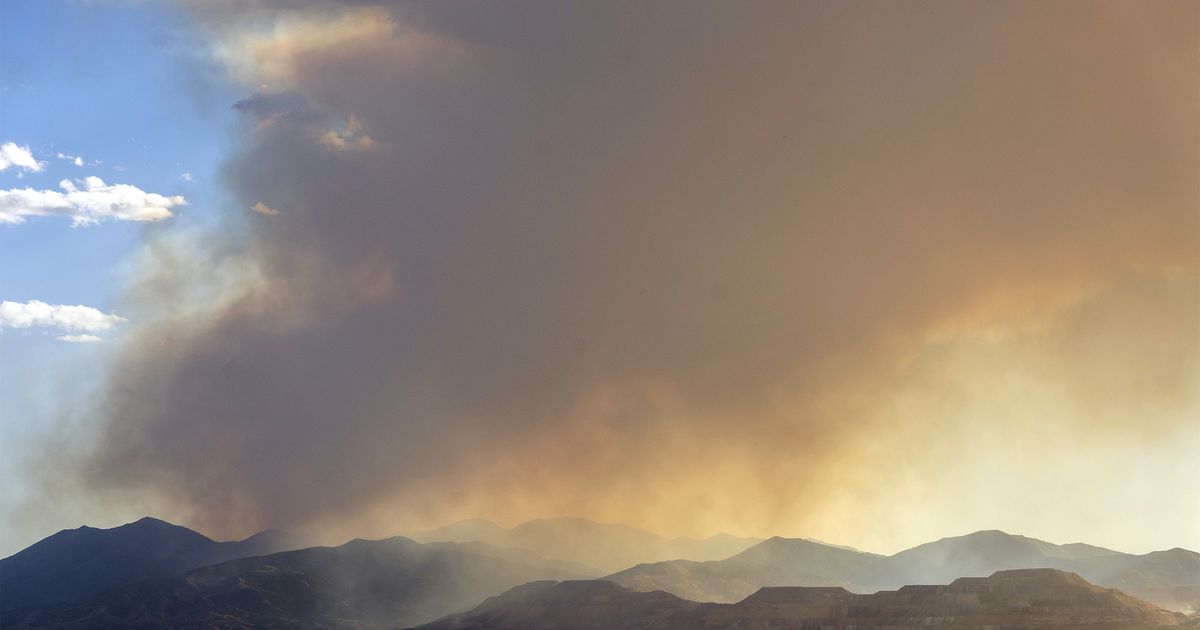 This week’s thunderstorms and upcoming monsoon humidity could bring relief.

The Jacob City Fire, which has burned 4,185 acres in Tooele County since July 9, reached 35% containment on Friday, officials said.

The blaze that was burning about a mile east of Stockton ignited after a generator caught fire, authorities said. Stockton police arrested a man on Tuesday accused of negligence in connection with the fire.

This week’s thunderstorms dumped “moderate wetting rain” on the wildfire, according to Utah Wildfire Info, which was especially helpful at the fire’s lower elevations. But at higher elevations, the thick canopy of trees prevented rain from reaching the flames on the ground.

The weekend forecast, however, is warm and dry. Authorities expect monsoon humidity to return to the region next week.

On Friday, Utah Wildfire Info reported that crews improved the line of fire at the northern edge of the blaze and were able to increase containment along its perimeter. Crews are focusing on the northern area of ​​the fire near Edwards Pass, south of Soldier Creek and north of Bald Mountain.

The southern and southeastern edges of the fire are located on more rugged terrain, so containment has been more elusive. Crews have been dispatched to remove dead trees in steep areas, which may endanger firefighters.

The man arrested on Tuesday faces charges of reckless burning and reckless endangerment. He said the generator near his motorhome caught fire on July 9 and spread to surrounding trees.

It happened as he left a circular saw plugged into the generator, police said. The saw often got hot while in use, the man told investigators, so he put it in the back of the motorhome, near a sealed gas canister. Temperatures that day reached around 103 degrees.

About 10 minutes later, the man heard a noise. When he returned outside, he found the top of the generator on fire, along with surrounding trees, police said.

When the man attempted to put out the fire, he threw burning sage and embers under the RV – where another gas canister was, which ignited and began to burn the RV. He then called 911.

“Negligence does not relieve a party of liability and consequences for an incident that occurs as a result of one’s actions,” read a statement from Stockton Police.

Authorities said people should be aware of current fire conditions when recreating on public lands, and special precautions should be taken to prevent wildfires.

“You will be held responsible”

This wildfire is only 15% contained and was started after four campers started a campfire and then “burst out,” according to a probable cause statement. Road closures are still in effect around the fire.

On Monday, Utah Governor Spencer Cox promised that those who start wildfires in the state will face repercussions.

“You will be held civilly liable and you may be held criminally liable if you break the laws by starting this fire,” he said.

Here are the 10 best US states for working people