Is America on the brink of another housing meltdown? Mountain West and Sun Belt overvalued by 72% 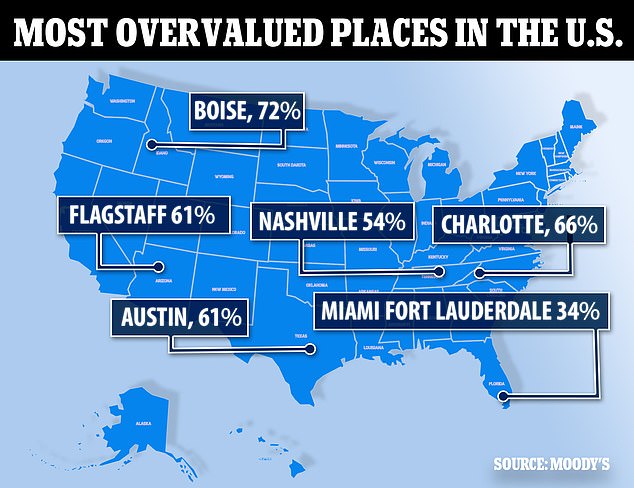 Property prices could fall by up to 20% next year in a recession, experts warn – and property in some parts of the country is overvalued by up to 72%.

Moody’s Analytics chief economist Mark Zandi was pessimistic about the housing market in May, but has now made his forecast even gloomier, Fortune reported Wednesday.

It comes amid ongoing discussions about whether the United States is already in recession, with the country posting two straight quarters of negative growth – the traditional definition of such a slump.

The news is particularly dire for people who have bought homes in what Fortune calls “bubble” markets, with Boise in Idaho, Charlotte in North Carolina and Austin in Texas all named the most overvalued markets.

But a total of 180 other regions across the United States have properties deemed overpriced, many of which are highly desirable.

They include Los Angeles, Orlando, Seattle and Indianapolis, where properties are all estimated to be overvalued by 30%.

Picturesque Bend in Oregon – regularly voted one of the best places to live in the United States – has homes overpriced by 43.8%, according to Moody’s, with Billings in Montana overpriced by 25%.

While Boise, Charlotte and Austin are the top three in the United States for overvalued properties, 180 other areas across the country also have property values ​​that Moody’s says are inflated.

It comes weeks after the US central bank raised the benchmark interest rate to 2.5%, with another increase to 3.4% expected by the end of the year as the Fed attempts to controlling inflation.

These interest rate hikes are expected to push the United States into recession and likely drive down the cost of real estate as it becomes too expensive for many to get a mortgage, making drop in demand.

The most overvalued areas are largely in the western mountain and the sunbelt.

Boise, Idaho – which has seen real estate prices soar during the pandemic as masses swap expensive towns in the Bay Area and wider California for bustling Idaho — is the most overvalued area, Zandi said.

Boise, where the current average home is worth $526,050 according to Zillow, is nearly 72% overvalued, though a recession should only wipe out 20% of home prices at most.

Charlotte, North Carolina is the second most overrated, at 66%, with Austin in third place at 61%.

It’s unclear why these overvalued areas should see a maximum of 20% of house prices wiped out, rather than the full amount that experts believe are overvalued.

Only a handful of places were considered undervalued – the most undervalued being Decatur, Illinois, where the average home is $92,129, 6% undervalued.

The housing stock is at its highest level since April 2009, as sellers struggle to get rid of their property because mortgages have become more expensive and other financial pressures – high gas prices, soaring grocery prices – continue to be felt.

Mortgage rates have nearly doubled since January, hitting 5.13% for a 30-year loan last week, according to Freddie Mac.

The Fed’s efforts to reduce inflation by slowing spending caused a marked slowdown in home sales. 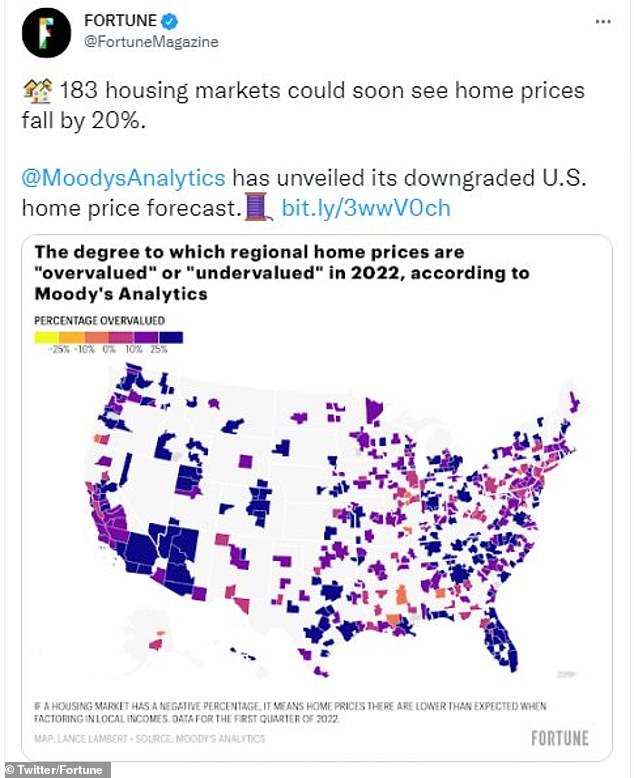 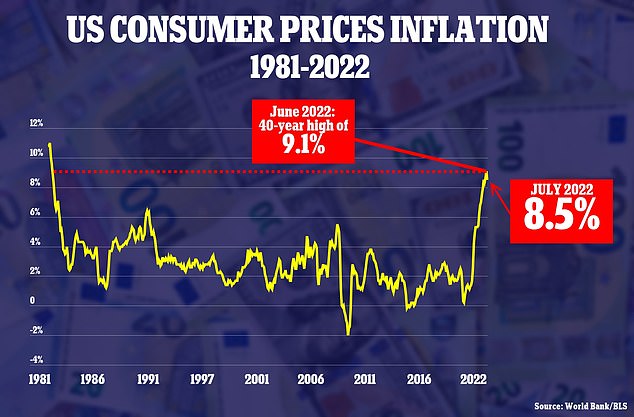 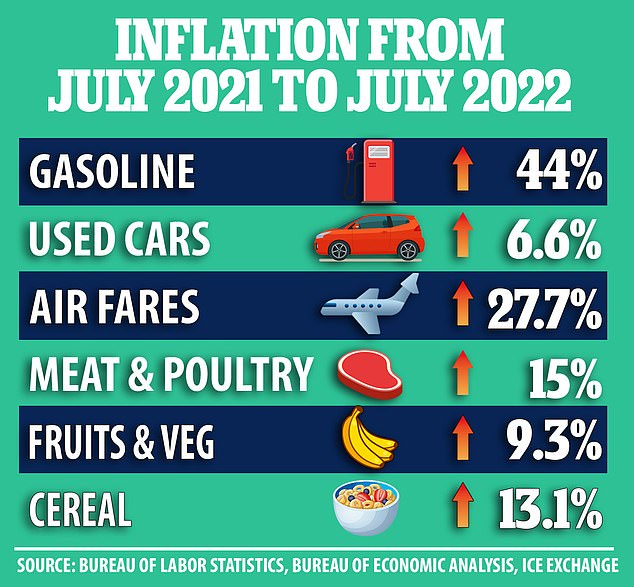 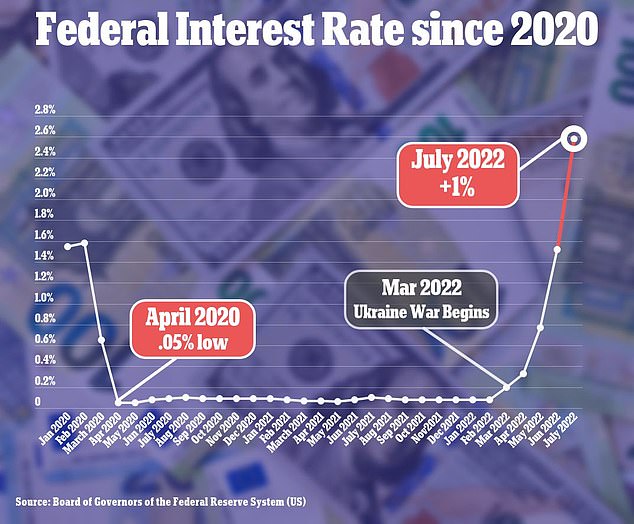 Their latest data, shared with Fortune, found that 183 of the country’s 413 largest regional real estate markets are “overvalued” by more than 25%.

He predicts that U.S. house prices across the country will fall over the next 12 months between zero and -5%: a more pessimistic forecast than in June, when Moody’s Analytics expected house prices to fall. US real estate remain unchanged.

If the United States enters a recession, it will be worse: real estate prices will fall by 5 to 10%. 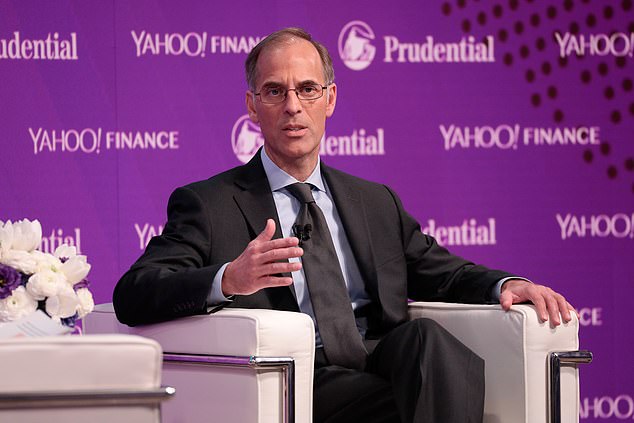 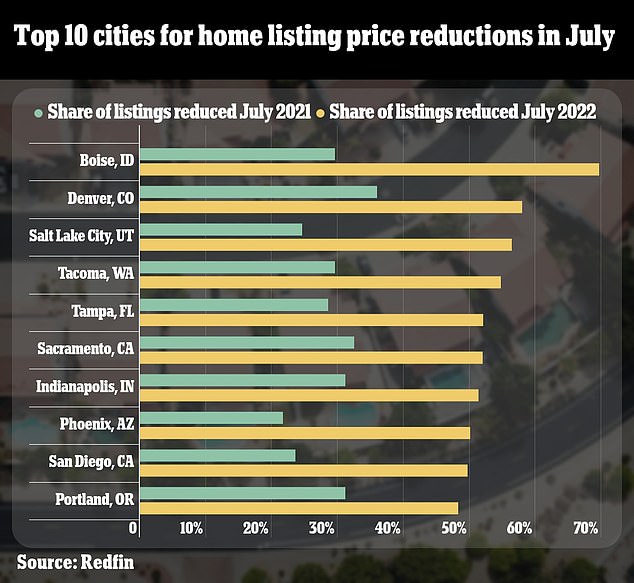 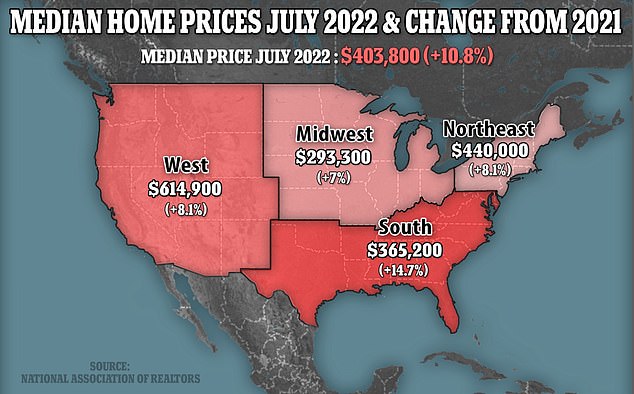 Although real estate transactions have declined, prices remain solidly high, with the July national median sale price of $403,800 representing a 10.8% increase from a year ago.

Moody’s Analytics is not an outlier.

Ian Shepherdson, chief economist at Pantheon Macroeconomics, said on Tuesday the outlook for home sales was even bleaker than the Fed had predicted, and the “worse is yet to come” for house prices.

He tweeted on Tuesday that he had been “bearish as hell on housing for months” – meaning he predicted a major market drop.

A bear market is a market where prices are falling and people are selling.

He attached a graph showing the dramatic downturn and said, “Well, I feel vindicated.”

Sales of new single-family homes hit their lowest level in nearly seven years in July, falling 12.6% to a seasonally adjusted annual rate of 511,000.

Fitch Ratings has said it sees U.S. home prices falling by up to 15%, and Robert Shiller, an economist who correctly predicted the 2008 housing crash, thinks there’s a good chance house prices fall by more than 10%.

Boise saw 70% of registrations reduced in July, compared to just a third a year ago.

In Denver, 58% of real estate listings were reduced last month, while 56% of listings in Salt Lake City were removed from the original asking price.

“Sellers and individual home builders both quickly lowered their prices early in the summer, mostly because they had unrealistic expectations for price and time,” said Boise Redfin agent Shauna Pendleton. .

“They priced too high because their neighbor’s house sold for an exorbitant price a few months ago and expected to receive several offers the first weekend because they had heard stories at this topic,” she added. 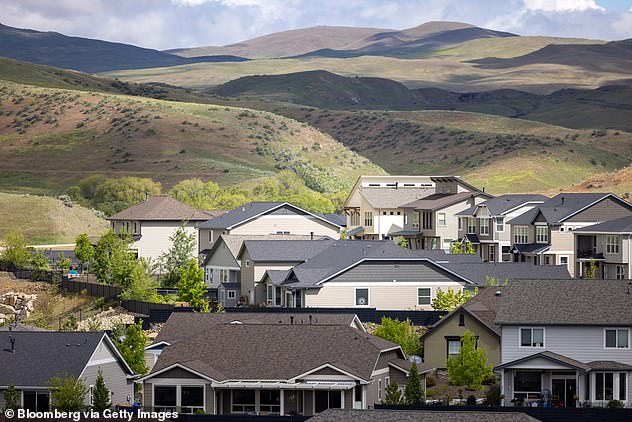 A housing estate is seen in Boise, where last month 70% of home listings were reduced below their original asking price as sellers faced their ‘unreasonable expectations’ 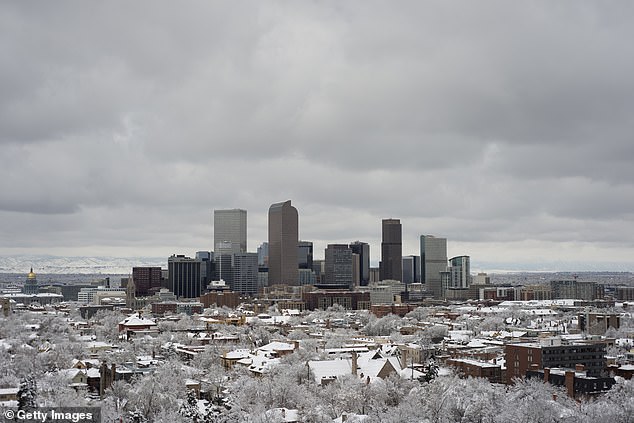 In Denver, 58% of real estate listings were reduced last month

Home prices remain solidly high, with July’s national median sale price of $403,800 representing a 10.8% increase from a year ago, and just below the record set in June. 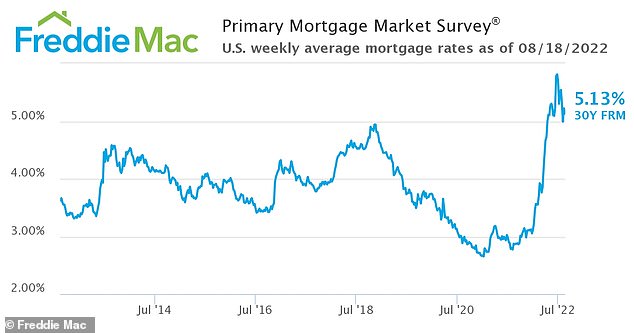 The average rate for a 30-year fixed mortgage was 5.13% this week

“My advice to sellers is to price your home correctly from the start, accept that the market has slowed down and understand that it can take longer than 30 days to sell. If someone is selling a nice house in a desirable neighborhood, they shouldn’t need to lower their price.

Although industry data shows home prices remain higher than they were a year ago nationally and in nearly every market, listing discounts have increased significantly. spectacular as sellers’ high expectations collide with cold reality.

Redfin said the national share of homes for sale with price cuts hit a record high in July.

None of the 97 cities included in the analysis had less than 15% of real estate listings that were discounted from their original asking price.

More than half of the cities with the largest share of price cuts — Boise, Denver, Tacoma, Sacramento, Phoenix, San Diego and Portland — were among the 20 fastest-cooling housing markets in the first half of 2022.

Redfin notes that these markets had attracted dozens of eager homebuyers during the pandemic, when tech workers and other white-collar workers shunned more expensive markets and drove up home prices in small towns.