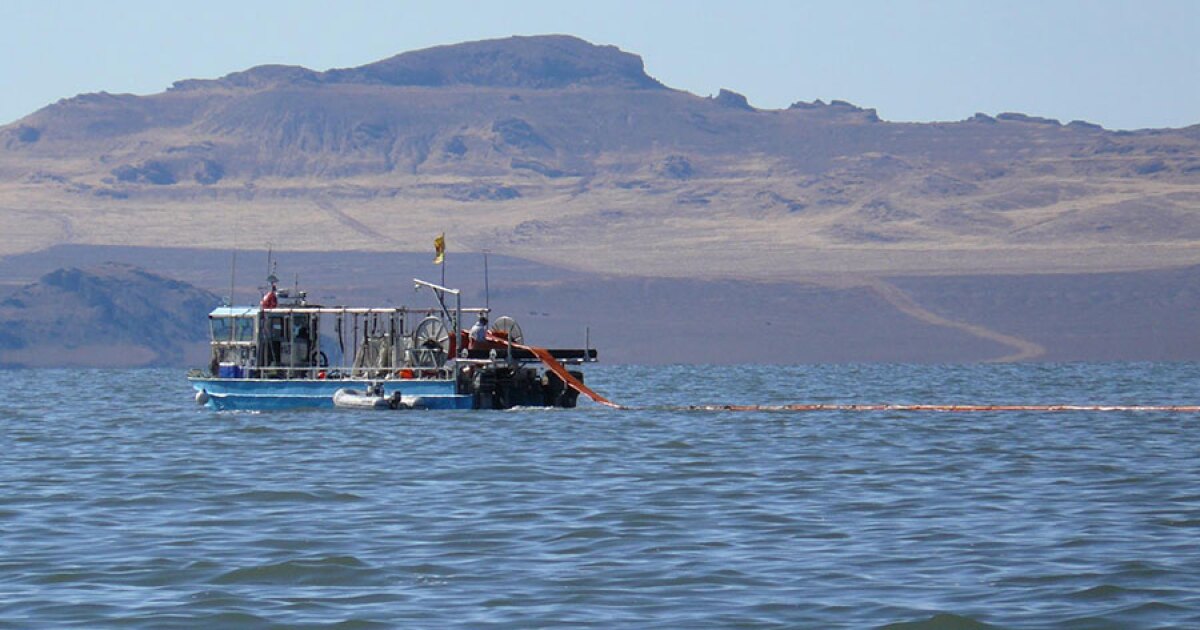 New research suggests that as the Great Salt Lake shrinks and becomes saltier, brine shrimp, a staple food for migratory birds and a boon to Utah’s economy, could be at risk from population declines dramatic.

Artemia are hardy crustaceans that live in the warm, salty waters of the Great Salt Lake. The brine shrimp industry, which harvests brine shrimp eggs, called cysts, to sell to aquaculture companies as fish food, contributes millions of dollars to Utah’s economy each year, and many birds that use the lake for nesting or foraging during migration depend on it. For alimentation. However, with the lake shrinking due to drought and water consumption, a new model suggests that our brine shrimp are in danger.

Gary Belovsky, professor emeritus at the University of Notre Dame, has created a model that helps predict how well brine shrimp cysts, larvae and adults survive up to five years into the future, depending on the conditions of the Great Salt Lake, including salinity levels, food availability and type, and water temperature.

By adjusting lake conditions, Belovsky can predict what may happen to the brine shrimp population. While the type of food and the amount available is a strong driver of brine shrimp survivability and reproduction, as the Great Salt Lake becomes saltier as it dries up, the model de Belovsky predicts that high salt levels will cause problems for shrimp.

“What is the effect of the higher salinities we are seeing now on brine shrimp? … what would happen if the salinity increased to 18%? … I ran the model at that level, and in two years, things really crash,” Belovsky explained.

Salinity levels in the Great Salt Lake reached 18% in mid-September.

Adult brine shrimp die each year during the winter, but before they do, they lay cysts which hatch the following spring when conditions are right. At these high salt levels, brine shrimp must expend a significant amount of energy to manage salt levels in their bodies, leaving them with little energy to produce cysts. As a result, with less brine shrimp hatching each spring, the population may not be able to sustain itself, leading to a dramatic population decline.

Fortunately, spring snowmelt and rain often bring enough water to the Great Salt Lake to lower salinity levels in the spring, giving brine shrimp a break from the high salt levels and a chance to putting energy into the production of the next generation of brine shrimp. But, as the lake shrinks and becomes increasingly salty, we may reach a point where even seasonal inflows will not bring salinity levels below 18%.

This year’s monsoon season has helped ease drought conditions across the state and could increase water flows to the Great Salt Lake. However, Belovsky said with high water use in northern Utah, the rain hasn’t been enough.

“The rain does not reach the lake. Either it is used up before it reaches the lake, or it evaporates faster than before…I guess it is used up,” Belovsky said.

Although brine shrimp are small, they are an essential food source for millions of migrating birds that stop at the Great Salt Lake to refuel. Eared grebes, which are small water birds, almost exclusively eat brine shrimp to build up fat reserves for migration and grow new feathers.

USU professor Michael Conover said up to 95% of all eared grebes in North America stop at the Great Salt Lake during migration.

“If you look at when the grebes are on the Great Salt Lake, it’s 95%…once the eared grebes are here, they can’t fly. So they are stuck. And if they could fly, there’s no other hypersaline lake in North America that could sustain them all. So that could be a bleak future,” Conover said.

Drought and water consumption also alter the relationship between birds and brine shrimp in other ways.

John Luft, who manages the Great Salt Lake Ecosystem Program for the Utah Division of Wildlife Resources, said shovelers, a species of duck that normally eats seeds that accumulate in bays around the lake, s Instead, they venture farther from shore in winter to eat brine shrimp cysts because the bays they feed in are usually dry or frozen.

While adult brine shrimp provide plenty of nutrients to the birds that eat them, such as eared grebes, brine shrimp cysts do not offer the same benefits. As a result, shovelers who have eaten their fill of cysts fail to digest them and obtain enough nutrients from the cysts to survive.

“We’ve actually seen diggers starve to death…and that happened a few years ago. It happened this year… I mean the birds would be basically emaciated,” Luft said. “So we sent them for testing, because maybe it’s a disease. There was no disease associated with it. It was just that they were starving, but it was the only source of food that they had.

Recent initiatives to reduce state water use and allocate water to the Great Salt Lake offer some hope for the lake’s water and salinity levels, but Utah’s growing population and ongoing drought conditions are likely to put increased pressure on Utah’s water systems in the future.