ICYMI: 10 stories from the weekend 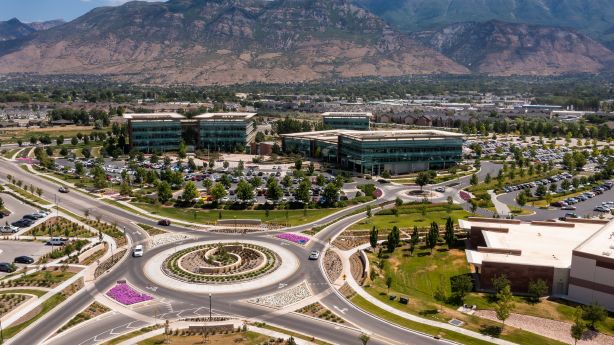 SALT LAKE CITY – Here are 10 stories you might have missed over the weekend. As always, click on the title to read the full story.

1.3 people arrested after a bullet fired through the wall of an apartment kills a 7-year-old girl

Three men were arrested on Saturday in the death of a 7-year-old girl who was shot dead at her home on Friday evening. One of the men who has been described as “incredibly drunk” is believed to have shot through the wall and into a nearby apartment, hitting the child who later died in hospital.

2. The essential oil product left her with 3rd degree burns, according to a woman’s trial from Utah

Jessica Kruger used an essential oil blend designed to soothe menstrual cramps almost five years ago, but instead of providing relief, she said she ended up with severe burns. Now, 33-year-old Holladay’s real estate agent alleges in a lawsuit that the doTerra product contained more than 23 times the safe amount of bergamot oil.

An elderly couple were seriously injured when police said their grandson attacked them both with a knife before being shot and killed by his grandfather.

4. Woman kidnapped by Utahn and threatened with burial in Salt Flats, police say

Police arrested a man they said kidnapped a woman by tying her up and threatening to kill her with a lethal dose of drugs.

Harmful algal blooms in Utah’s lakes and reservoirs could be very serious this summer, according to the Utah Department of Environmental Quality. The agency said drought and relentless heat are causing flowers earlier in the season.

1. Cut twice by his hometown club, Olympus grad was just what the Warriors needed for a playoff offer

Christensen scored two tries and Sama Malolo added two more as the Utah Warriors scored a critical bonus point in Saturday’s 41-31 loss to Rugby ATL in front of a sold-out crowd at Zions Bank Stadium which guaranteed a place in the playoffs.

Antetokounmpo had 41 points, 13 rebounds and six assists as the NBA Finals returned to Milwaukee, and the Bucks beat Phoenix 120-100 on Sunday night, reducing the Suns’ lead to 2-1.

The Sandy-based soccer club that started a boys ‘program to join their highly successful girls’ program just seven years ago finished a 10-0 record with a 3-0 victory over San Diego SC on Friday after Midday in Greensboro, NC, to win the first national title in club history.