Historian sheds light on who else is buried near Brigham Young 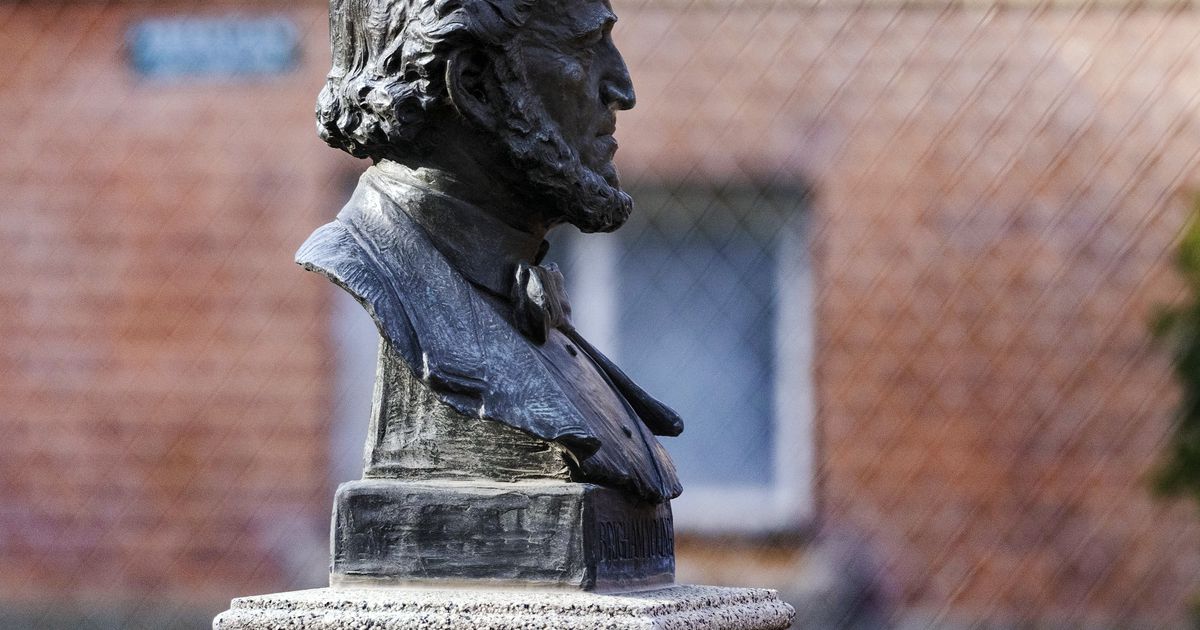 Teams from The Church of Jesus Christ of Latter-day Saints are renovating the small cemetery in the avenues as part of work that includes the addition of improved lighting and other upgrades to better protect the historic site of ‘a recent increase in vandalism and trespassing.

Radar penetrating the cemetery floor before construction detected “more than 40” burial sites, of which only about a dozen have been marked, a church historical curator told city officials earlier this year. .

Church officials have since declined to elaborate on comments on the graves of Emily Utt, a Utah-based curator of historic sites for the faith, delivered to the city’s city council in July. Historic Monuments Commission in its review of the renovations.

But a retired church historian who has studied relics from Utah’s pioneering past said the results came as no surprise. Nearly 48 graves are documented in burial lists and death records related to the family cemetery at 140 E. First Avenue, said Randy Dixon, including wives, children, grandchildren and a few neighbors from the polygamous leader of Latter-day Saints.

The radar investigation, according to Dixon, was not intended to locate all of the burial plots in the cemetery, but rather to locate those located in the sections where the walkways, trees and the wrought iron fence of the cemetery are being overhauled. .

The burials at the cemetery, located on land once owned by Young, predate the powerful leader’s death in 1877, said Dixon, who retired from the Church History Museum in Salt Lake City. One-third of an acre site was used long after his burial for extended family members and those associated with larger households who survived him.

â€œOver the years those markers have deteriorated and gone, but, at this point anyway, they’re not trying to identify all of these other graves,â€ he said. “They just wanted to make sure it wouldn’t disturb anything in the area where they were working.”

As with Temple Square a block to the west, the border-era cemetery, which is now surrounded by houses and apartments, is being improved, according to church plans released in the ‘city Hall.

As part of replacing its separate stone paths, walls, lights and mature trees, church officials in April asked for approval to increase the height of the decorative wrought iron fence. of 32 inches around the cemetery, also known as the Mormon. Commemorative monument to the pioneers.

Church officials have sought to raise the fence to between 5 and 9.5 feet as an additional safety measure in light of an increase in vandalism over the past two years, including graffiti on Young’s plaque and the theft of several tombstones.

The Brigham Young Family Cemetery is a designated Historic Landmark in the City’s Historic Avenues district. This gives the Historic Monuments Commission authority over the proposed changes, and commission members refused in July and September to approve the church’s plans to change the fence.

The wrought iron fence mounted on top of a stone wall around the cemetery and a similar enclosure around Young’s grave were both designed and manufactured by William J. Silver, a metalwork operator in Salt Lake City.

Although they expressed sympathy for the security concerns, commission members and city employees concluded that the church’s plans to temporarily weld new wrought iron bars to the bottom of the existing fence, then to attach this taller structure to the stone wall surrounding the cemetery â€œhave no historical basis.

Then, around Thanksgiving, as the church unsuccessfully appealed the commission’s decision, the fence disappeared from the cemetery, in apparent violation of a city order that approved further work on the site.

In documents filed three days before Christmas, officials essentially sought permission retroactively with a request for approval. “We are proposing to remove the perimeter fence to make necessary repairs and improve structural performance,” church officials wrote – after the fence was gone.

“These repairs are easier to do in a store than on-site,” they wrote, noting that the removal would also spare neighbors the noise of sandblasting and painting the fence and “minimize potential damage to other features of the fence. site”.

“Each section of the fence will be labeled and cataloged before being removed to ensure all parts are reinstalled in the original location,” church officials wrote. The same care, they said, would be taken with a smaller fence surrounding Young’s white tomb maker, which was also removed around Thanksgiving.

Offsite work on the perimeter fence was to include lengthening its anchor points in the stone wall, depending on the application, replacing and repairing missing or damaged parts and removing some L-shaped brackets. added to the fence over the years.

And as per the city’s approval of the application on December 22, there are no changes to the height of the existing fence at this time.

In a statement issued on Dec. 7, a church spokesperson said that “the historic wrought-iron fence that surrounds the cemetery has been carefully removed and is being temporarily stored off-site for preservation.”

â€œIt will be restored and relocated as part of the project,â€ the spokesperson said. Meanwhile, a 6-foot chain-link perimeter fence still surrounded the cemetery on Monday as renovations continued.