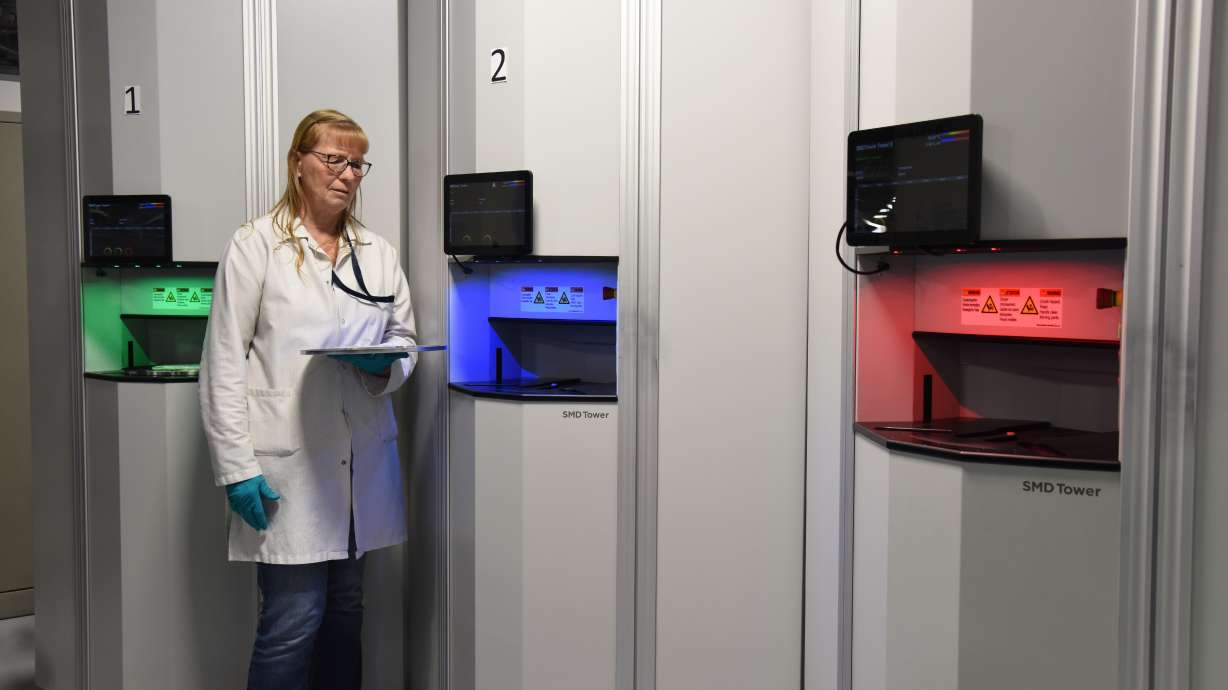 An L3Harris employee works in the new factory in Salt Lake City. L3Harris’ facility in Salt Lake will serve as the company’s hub for the development of communications technologies designed to protect the safety of citizens and those who strive for that safety. (L3Harris)

SALT LAKE CITY — L3Harris has been nestled in the Salt Lake Valley for more than 65 years, working hard to develop advanced communications technologies critical to the nation’s security.

On Thursday, those years of work culminated with the opening of a new 380,000 square foot manufacturing and operations facility that “adds a whole dimension to our business that we didn’t really have before,” Brendan said. O’Connell, president of L3Harris.

The facility located at 540 N. 2200 West in Salt Lake City will serve as the company’s hub for the development of cutting-edge communications technologies designed to protect the safety of citizens as well as those who strive for that safety by providing their technology to the US military. and international defense customers.

L3Harris is the industry leader in the development of advanced communications systems used for intelligence, surveillance and reconnaissance, airborne, satellite and ground tactical networks, and command and control, including for the U.S. Secretary at Defense and the President of the United States.

The opening of this facility, O’Connell said, allows L3Harris “not only to design and manufacture core products and integrated systems and networks, but it allows us to further expand our capabilities to support the warfighter.” .

The 380,000 square foot building will allow L3Harris to consolidate business operations that were previously spread across a large campus and multiple facilities into a single building.

It will also allow them to meet the fluid needs of defense communications faster than before.

“We designed it with a very modular construction, which makes us more agile (and) more competitive over a period of time,” O’Connell said.

The building is also a reminder of Utah’s growing population and economy. “We have over 1,000 employees here today, but it’s really designed to grow to 3,000 (employees),” O’Connell said.

Additionally, the building has room to expand to over 400,000 square feet to meet the demand of changing needs and new technologies.

“Well, that’s part of the spirit of freedom. It’s what keeps our fighters, airmen, and others around the world safe and able to carry out their assigned missions. by the commander in chief,” said Romney, R-Utah.

In addition to serving as a national hub for defense communications, the facility also has a significant economic impact for the Salt Lake Valley and Utah as a whole.

Utah Republican Representative John Curtis said the ripple effects of an organization like L3Harris moving into the community would be “dramatic”.

“The property tax on this building will educate our children, pave our roads and do so much in this community,” Curtis said.

“It all builds on this idea that in terms of national defense and the infrastructure to support that, Utah plays a huge role in that,” said Stewart, R-Utah, adding that it will give more opportunities for recent Utah college graduates who want to pursue careers in the Beehive State.