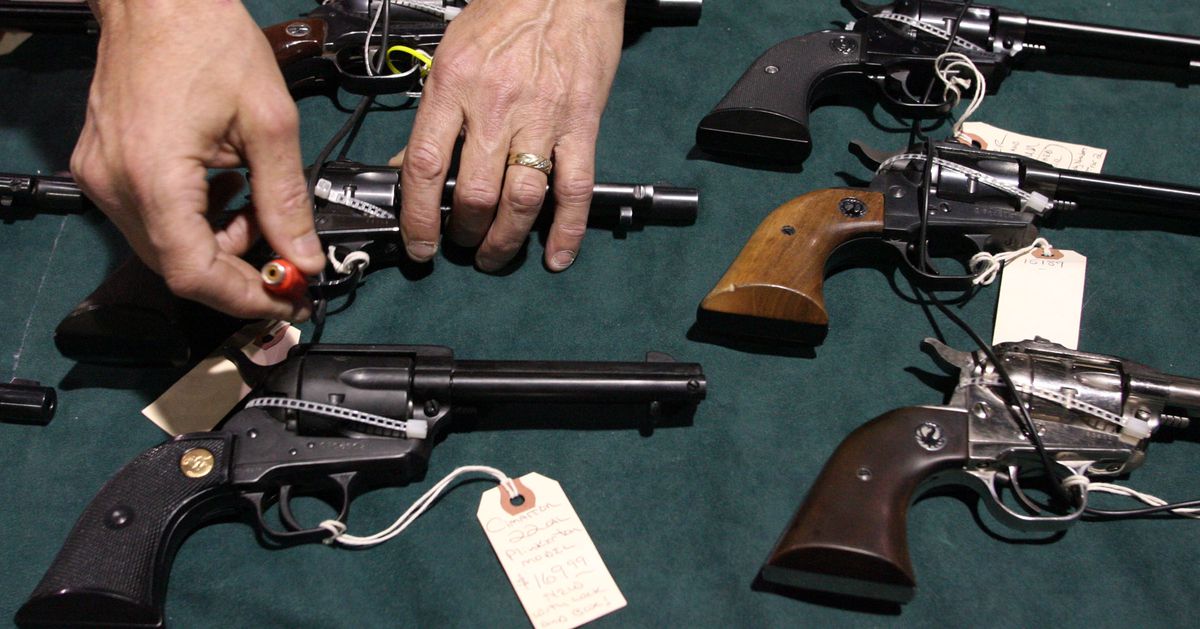 After two years of failed attempts, a Utah bill that clarifies only the state — not cities, counties or other local entities — can enact gun regulations has cleared a major legislative hurdle Thursday.

The Utah Senate voted 20-5 to approve SB115, with Democrats voting against. It is now before the House for consideration – but the Senate was an obstacle. Previous versions of the bill had not survived in years past.

Once approved, the bill would close a loophole in state law that allowed Salt Lake County to require vendors at gun shows at county facilities to conduct background checks. track record since the beginning of 2020.

“In recent years, local governments have attempted to exploit loopholes in state law to regulate guns at conventions, not acting in the best interests of all Utahns,” Wilson told the Senate on Tuesday, in a first vote.

“The purpose of this bill is to clarify and protect citizens from local firearms regulations that contradict state law.”

“Local governments are prohibited from directly regulating firearms,” ​​Wilson said. “This bill makes it clear that local governments do not have the authority to regulate firearms.”

The bill declares that the Utah Legislature “occupies the entire realm of state firearms regulation” and specifies that state and local government entities – including colleges, universities, public schools, cities, counties, and other local entities — “may not adopt or enforce a directive that violates” state authority over gun regulation.

Democrats, including Sen. Derek Kitchen, D-Salt Lake City, pushed back against the bill, calling it “worrying” and a “blanket ban.” Kitchen expressed concern that it would prohibit cities from regulating “where a gun store, for example, can be located.”

“I think that’s pretty clear excess on the part of the state,” Kitchen said.

Senator Kathleen Riebe, D-Cottonwood Heights, said she was “shocked” to learn that rural counties, including Duchesne and Millard counties, have the highest rates of gun violence in the state. . She also pointed to a shooting last month on a West Valley City sidewalk that killed two Hunter High School freshman football players and hospitalized a sophomore football player.

“I think we need to increase our accountability, not decrease it,” Riebe said.

While some Democratic lawmakers questioned whether the bill would impact the state’s suicide rate, Republicans pushed back, arguing that a bill clarifying the state’s regulatory authority firearms would not have an impact on suicide rates.

SB115 is now going home, where previous versions have sailed with wide support.