Go behind the scenes of new security technology at SLC Airport 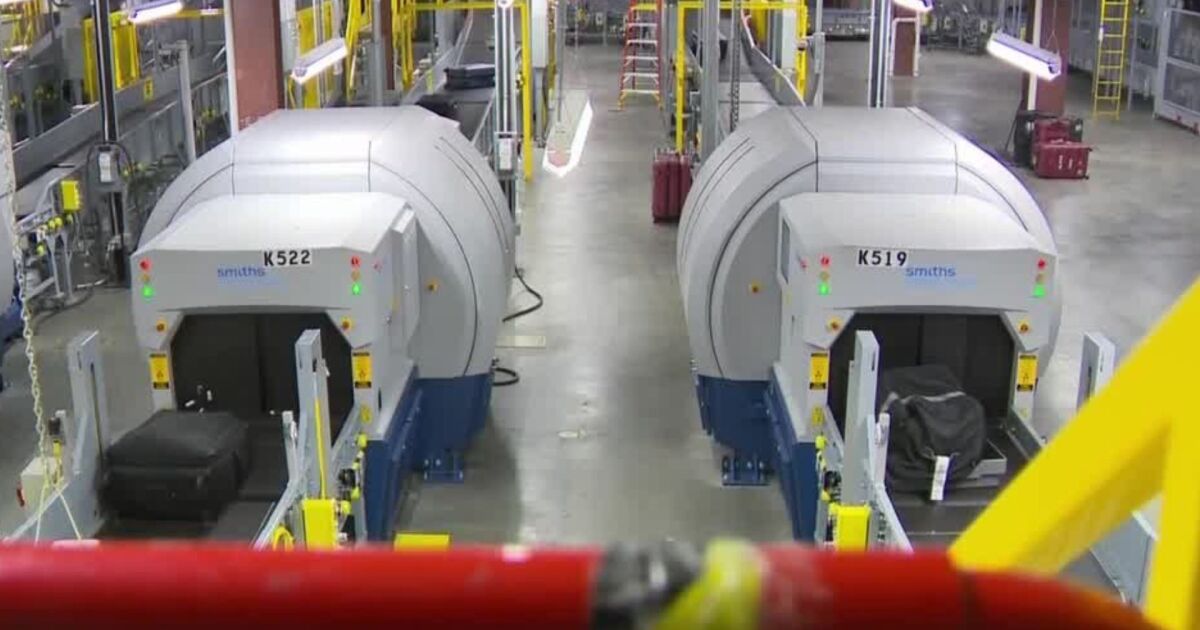 SALT LAKE CITY — The 21stst anniversary of the September 11 attacks is only a few days away.

It also marks a pivotal moment in history that prompted the formation of the Transportation Security Administration (TSA) two months later.

Since then, the TSA has evolved with the times, including the use of automated technology that the federal agency uses to keep passengers safe.

CBIS has six built-in Explosive Detection System (EDS) units that create a 3D x-ray image of what is inside each piece of checked baggage.

Every day, approximately 13,000 pieces of baggage are checked at the airport.

“If the technology signals a security threat, the generated image appears on the screen. A TSA agent has a limited amount of time to view this image to determine if they can resolve this on-screen threat,” TSA spokeswoman Lorie Dankers said.

If the problem cannot be resolved, the baggage is flagged for physical inspection.

Dankers claim that their agents open less than 5% of bags, with the technology eliminating the rest.

“What we’ve been able to do is integrate technology into our processes which helps with efficiency. We have modified our procedures to adapt them to today’s environment,” explained Dankers.

Due to the ongoing pandemic, she said the procedures involve incorporating technology that reduces physical contact between travelers and TSA agents. An example of this can be seen right now for those passing through Salt Lake City.

This summer, the TSA implemented the Credential Authentication Technology (CAT) unit, which is a facial verification system that allows an agent to authenticate a traveler’s photo ID on-screen and in time. real.

“It scans someone’s photo ID, but it’s also equipped with a camera to take a live photo of the traveler to do a facial recognition match,” Dankers said.

She adds that the TSA does not store photos captured by the CAT unit and that passengers can opt out of them.

Salt Lake City International Airport is one of the few airports in the country to use CAT. Dankers said the TSA selected the airport because it met certain criteria, including size, infrastructure, location and the airport’s willingness to implement the technology. Therefore, it is likely that more advanced technologies will be showcased at SLC in the future.