Gardeners, beware! Severe frost is expected in parts of Utah on Monday evening 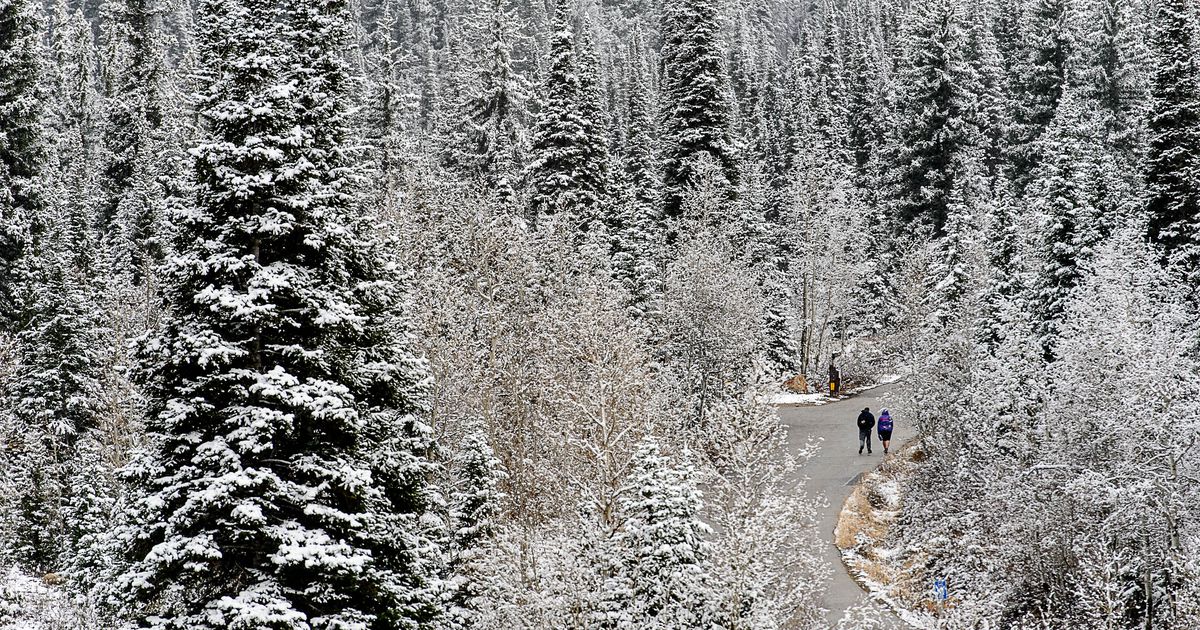 Temperatures will start to climb on Tuesday.

Trent Nelson | Hikers from Salt Lake Tribune in a snowy landscape near Jordan Pines in Big Cottonwood Canyon on November 2, 2014. Severe frost is expected in parts of Utah Monday evening and Tuesday morning.

The cold air mass moving through the state caused temperatures to drop 10 to 15 degrees below normal Monday with an expected high of just 63. Hard frost is expected between midnight Monday and 9 a.m. Tuesday in the Bear River Valley, the Wasatch Dos, the Sanpete Valley and Sevier River Valleys.

There is also the possibility of severe freezes in Cache Valley and parts of Iron County. Temperatures of 28 and below are expected, and the towns of Huntsville, Park City, Heber City, Woodruff, Randolph, Garden City, Manti, Ephraim, Mount Pleasant, Panguitch, Circleville and Koosharem could all be affected.

Frost could kill crops and other sensitive plants and stands and damage unprotected outdoor plumbing.

It’s a taste of fall – the first day of fall is Wednesday – and it’s only temporary. Temperatures are expected to rise during the week.

The normal Sept. 20 high in Salt Lake City is 79 degrees, gradually decreasing to 76 over the next week. Current forecasts call for highs in the 70s on Tuesday, in the upper 70s on Wednesday, and in the 80s on Thursday through Sunday.

The St. George area will benefit from a one-day break from the heat, with a high of nearly 86 on Monday. Then it’s back to the low to mid 90s Tuesday through Sunday.

There is no precipitation in the forecast.

According to the Utah Department of Environmental Quality, Air quality will be green / good through Wednesday in Cache, Carbon, Duchesne, Iron, Tooele, Uintah, Washington and Weber / Box Elder counties.