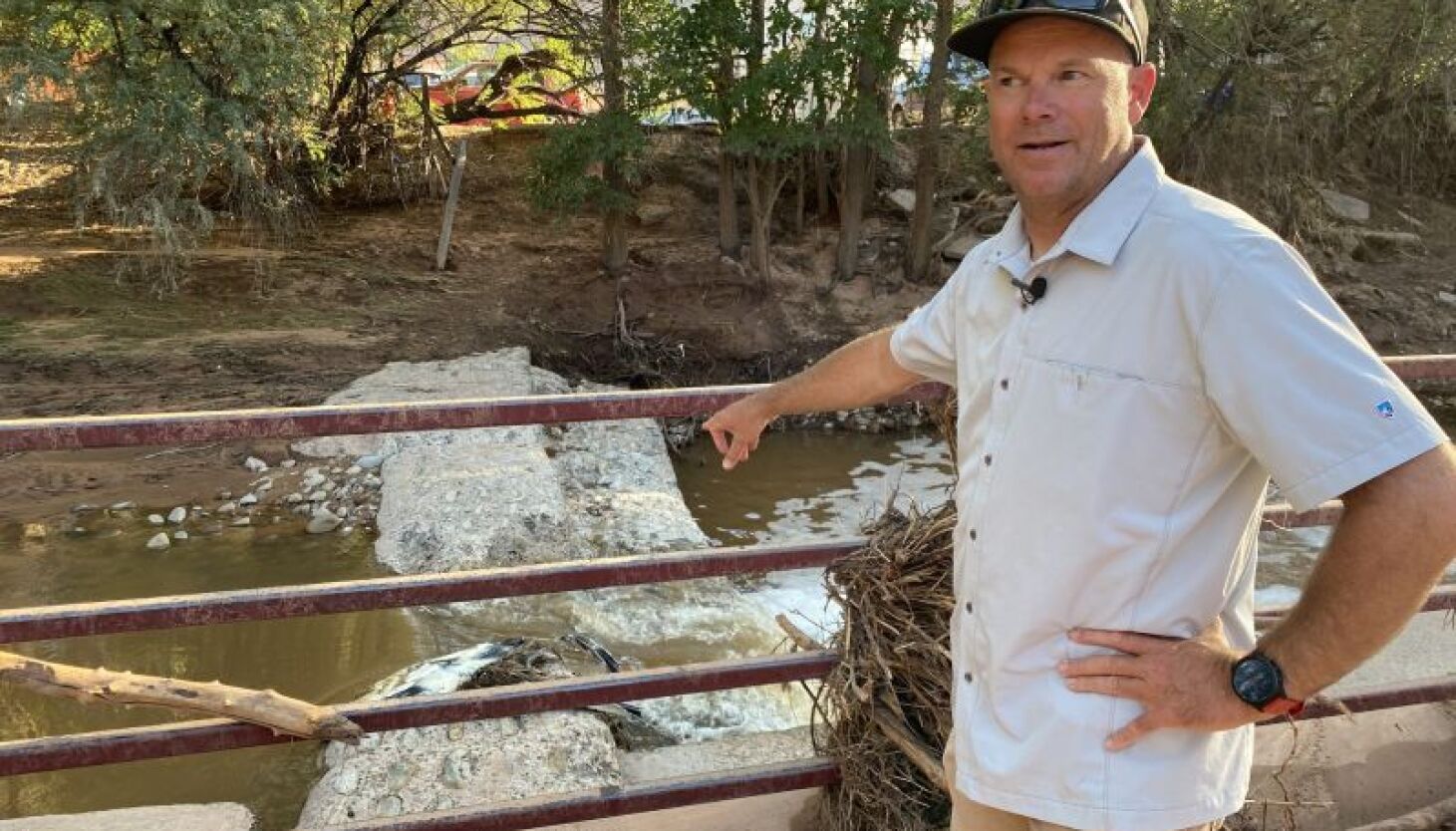 With preliminary estimates of damage from the weekend’s severe flooding, Moab city leaders said Monday it could be a few months before cleanup around the tourist town is complete.

Councilman Jason Taylor said those damage estimates could reach $10 million with debris, dirt and mud covering much of a 3-mile stretch of town and with some businesses hit hardest. affected who are still struggling to reopen.

“We hate to see a business go through this as a city and county, and especially as we approach the end of August, where September is one of our biggest tourist seasons,” Taylor said. “It’s quite devastating.”

Among the locations that have yet to reopen was Dewey’s Restaurant & Bar, which Taylor said was hit particularly hard by the floodwaters. There, crews worked hard to clean up late Monday night.

“(The water) got about 3 feet high and the wall just couldn’t take it anymore,” Taylor said of the property. “You can see here where the water blew – literally blew – the walls.”

“It’s a century-old storm, or so they say,” Taylor said.

Taylor said that while some hotels suffered water damage on their lower levels, there still seemed to be plenty of hotel space in town.

Water was still off Monday evening for a section of the city in the area of ​​100 West and W. Center streets, with service expected to be restored Wednesday or Thursday. The city said a boil order would be in effect in that area for several days once service is restored.

Taylor pointed to several flood-ravaged areas around Mill Creek, including a mud-covered bike park filled with large chunks of debris.

“This place right here – it was probably 25, 30 feet down going down here,” Taylor said as he stood by the creek. “As you can see here, the creek normally flows at about 10 (cubic feet per second) and rough estimates say it was over 1,000 CFS and could have been as high as 3,000 CFS.”

Taylor said the city and county have asked local businesses and residents to submit photos and information about their damage so workers can continue to tally and assess it.

“I think the majority of businesses are open again and have reopened,” Taylor said. “It’s one thing about Moab is that yesterday (Sunday) there were community members helping businesses shovel sand and shovel dirt and clean up their stores so that we can reopen, as our economy relies heavily on people visiting and being able to shop in downtown Moab. .”

He said many people were still in disbelief at the damage caused by a powerful thunderstorm outside the city on Saturday evening.

“I’ve never seen anything like it before,” Taylor said. “It proves the fragility and yet the harshness of the desert environment we live in and how sensitive we are to Mother Nature.”

Online installment loans are available immediately from PaydayNow and other direct lenders.